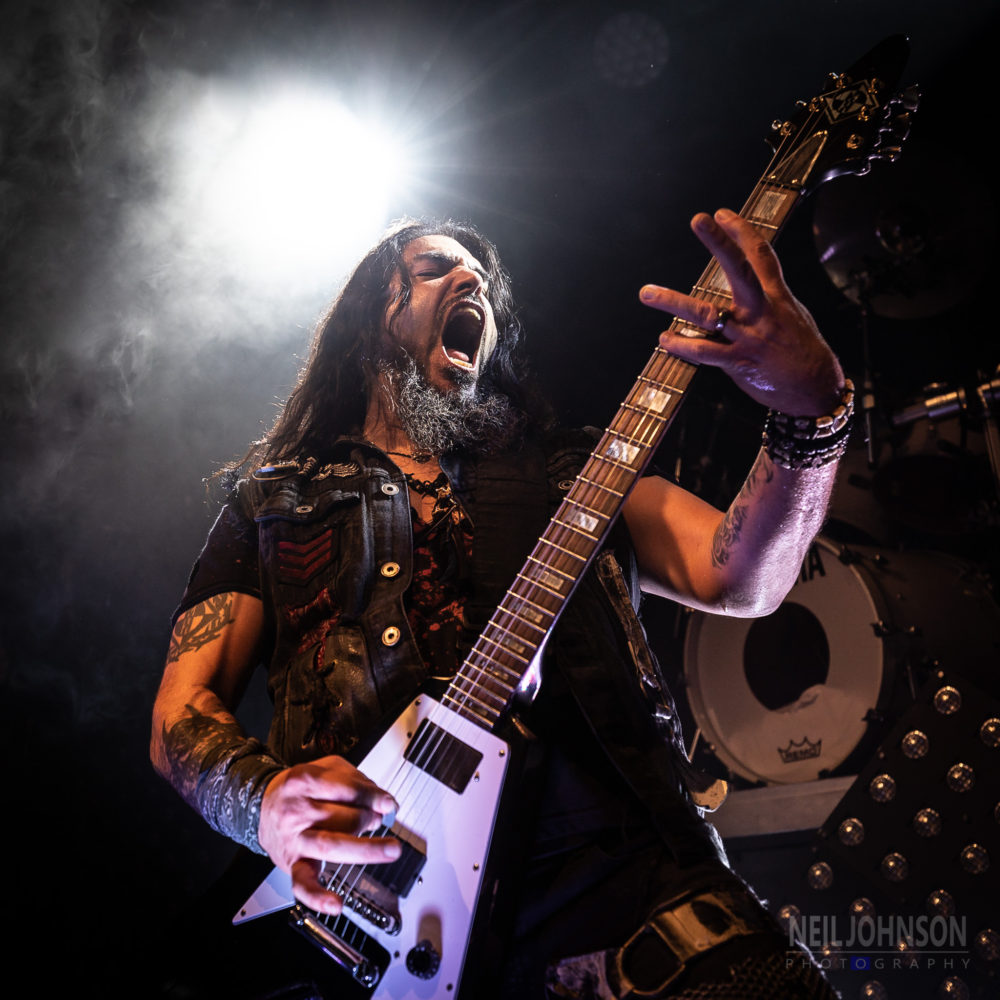 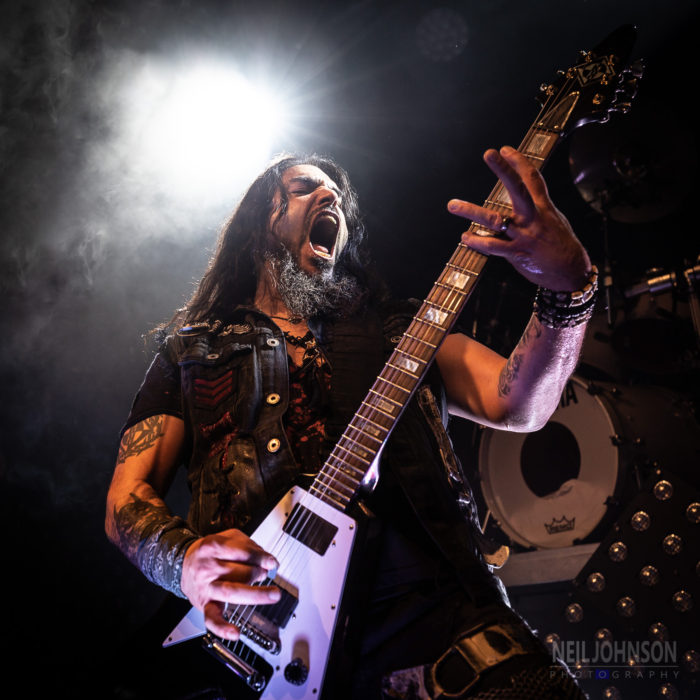 Machine Head are out on the road supporting their new record Catharsis. We head over to Rock City, to witness the MH experience, no support, no padding just a sweaty room and a lot of Machine Head fans.

I’m going to take you back to 1994, you remember the early nineties right? Oasis and Blur were inescapable, both played Rock City during the year, as did The Almighty, Soundgarden and Chaka Demus & Pliers (who?). However, right at the end of 1994 an american band by the name of Machine Head performed their very first UK headline show on Wednesday 21st December. Fast forward twenty-four years and there have been nine studio albums since then all of which get a bit of airplay in tonights setlist.

Looking around the venue, the bands first album Burn My Eyes might be older than about half of the audience, but there is a solid representation here from the older metal heads, although i’m not convinced that twenty four years later, everyone that was in the pit in 1994 will be enjoying the chaos down the front. Rock City has laid on extra pit crew to help with crowd surfers for tonight, they are equipped with strong shoulders and plenty of bottles of water for those at the front.

It’s a baking hot night in Nottingham and Rock City isn’t a modern, shiny air-conditioned venue. Tonight’s gig is sold out and it’s fairly humid inside as soon as everyone gets in. The classic ‘Machine Fucking Head’ chanting starts with about ten minutes to go and never really lets up until Robb Flynn walks out to a rapturous reception. 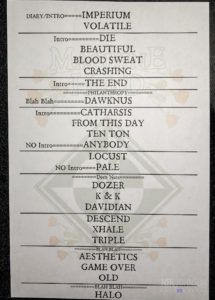 Ozzy’s Diary of a Madman plays over the PA before they slam into Imperium, the energy building steadily as the band get settled into place. The first crowd surfer arrives shortly after, i can hear him screaming ‘Hear Me Now, Words I Vow, No Fucking Regrets‘ as he is gently helped down and scurries off back into the pit.

They move straight into ‘Volatile‘ from Catharsis, which I loved when I reviewed the studio record and like much of the Machine Head material, it seems to thrive in the live show. The swirling riff-filled mid-section seriously gets the pit going and the temperature rising.

The rest of the set is pretty full-on brutal Machine Head, save for the odd pause while Robb talks or for solos. The strict Rock City 10pm curfew definitely restricted tonights setlist when compared to the Roundhouse in London, but we got two solid hours of Machine Head at their best. Twenty-four songs over their twenty four year history, including all of their studio records. There are a couple of notable exceptions, the most dissapointing of all was missing Bastards, which i have to admit that i was seriously looking forward to seeing live. All things considered though, they did a great job at fitting such a massive back catalog into the two hours.

Standouts for me were Locust and Beyond the Pale, which were played one after the other with the intro cut from Pale, which kept the energy levels high. It was the material from The Blackening that really delivered the punches tonight though, Aesthetics of Hate, Beautiful Morning and the show closer Halo. Halo was especially well received, even after two relentless hours in a hot and sweaty Rock City, the Nottingham crowd gave as good as they got. As the dripping wet bodies poured out, the relief of the cool night air was written across everyones faces, along with the kind of grin that you only get from two hours of one of the best metal bands ever.