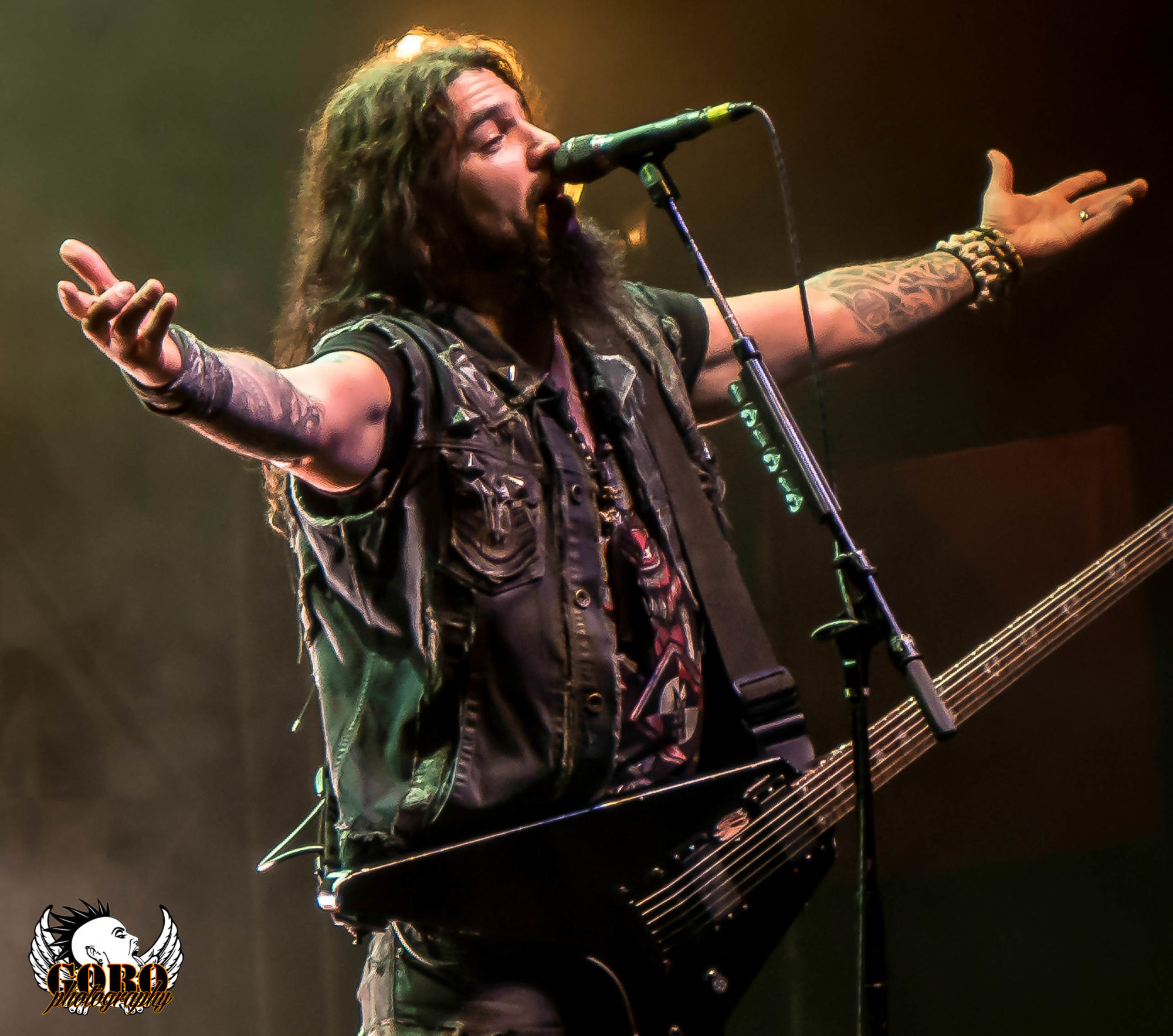 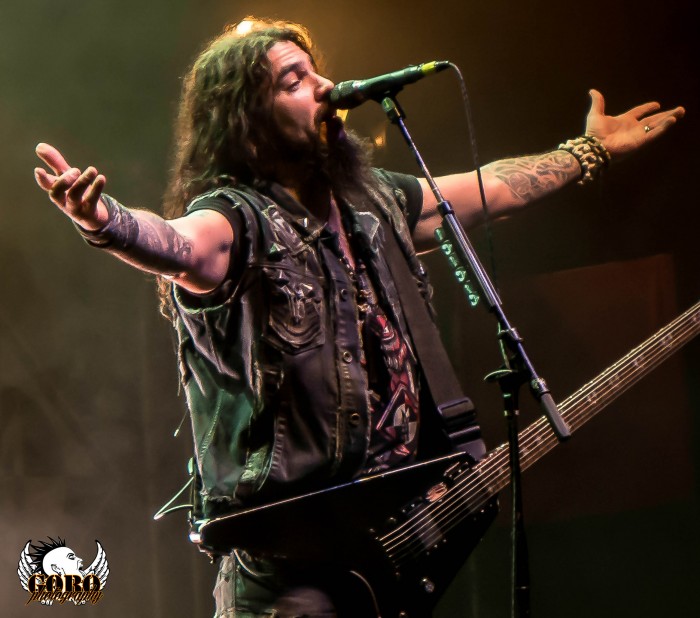 Glasgow brought An Evening With Machine Head blistering into their final show to end their advantageous, raucous UK tour.

There was eight shows in total across the country presenting a highly distinctive evening with the band as they expelled a colossal amount of energy into playing two hour forty-five minute shows with no support slots. This was just pure unadulterated reciprocal devotion & appreciation for both fan & Machines Head’s music which has spanned over twenty-three years, presenting to their devotees over the duration eight studio albums; two live albums, Four EP’s and thirteen singles. The band initially toured this particular format of show in the United States and then in Eastern Europe demonstrating that their potent display of commitment to unite fans under their music went down a blazing storm in it’s entirety.

Lead vocalist/guitarist Robb Flynn expressed on stage how insane the tours have been across Europe and the US explaining the immensity of it all in regards to how initially they were advised not to go ahead and create these kinds of shows seeing as a lengthy solo slot of this proportion has never be done before within the metal genre.

They thought it would be difficult on both band and fans to sustain the overall drive of the show for just short of three hours. However throwing caution to the wind & succeeding it shows how much Machine Head have proven those people wrong. He expressed that the band have been fed up playing fifty minute slots at festivals such as Sonisphere where they are jammed between a unrelated DJ and felt overall the grip was loosening from their tightly bound connection towards their dedicated fans who had come to see them at these types of festivals.

In essence the band just wanted to give their fans more, so Machine Head collectively decided to stop playing festivals altogether and to devote their energies into playing to their very own solid crowd to gain a wholesomely diverse musical experience, which ties and bonds stronger than ever their ever expanding tribe of people.

Robb also mentioned the controversial raised arm Nazi salute by Pantera’s front man Philip Anselmo as he shouted “White Power” into an audience at the very conclusion of “Dimebash,” a tribute to late guitarist “Dimebag” Darrell Abbott, in California a few months back. Robb Fynn utterly rebuked Phil Anselmo’s actions and reiterated that its not about race, creed or what slice of turf you come from. It’s about uniting as one, under the same love and appreciation of musical expression and to relish in the power of its raw uninhibited release. Robb says that he has had numerous threats set upon his life from Nazi, white power supporters after he criticised what Phil Anselmo said; thankfully nothing came off those threats & so the positives far exceed the negatives that had arisen. Since then Phil Anselmo announced a public apology for his diabolical actions.

Robb let us know how mind blowing the fans have been across the board and told Glasgow, Scotland that they are the only country to absorb music in the unique way they do, saying that out of three countries on the planet, we were the most craziest they have ever experienced. With a unrelenting explosion of energy Machine Head gave us an almighty fine selection of high octane groove metal tracks, absolute wreckers such as “Davidian” & “Fuck It All,” off their first album Burn My Eyes, which the crowd went insane over. Also tracks such as “Ten Ton Hammer” from their second album, The More Things Change as well as tracks from their albums Lotus and Burning Red to name but a wholesome few. A link to their Glasgow set lists set can be found below.

In-between intervals of songs as the lights faded to black the crowd stomped their feet hard & chanted “Machine Fucking Head” until they reappeared creating an over whelming electric atmosphere so thick in density it was possible to see it. Dave McClain performed a jaw dropping drum solo as lead vocalist Robb Fynn instigated a ferocious mosh pit, to out do any other. As Robb evoked the crowd into a frenzy he screamed across the microphone that Manchester holds the record to owning the largest pit circle in the UK so once that standard had been set Glasgow locked the gauge tight into absolute full throttle mode stirring a beast of an energy in the venue which oozed an intoxicating chaotic atmosphere. I managed to capture a fifteen minute snippet of footage of that particular section of the show which I will link at the bottom of this article.

Guitarist Phil Demmel also presented an astonishingly dexterous guitar solo which held the crowd spell bound as he weaved and grooved his notes across the venue with precision control. The band ended upon their track “Halo” extracted from their 2007 album The Blackening along with two massive bursts of confetti into the air which floated down so gracefully like snow in such a soothing manner amongst the rampant electrified crowd. An incredible display of energy and dedication shown amongst band & fans and without doubt Machine Head have gelled together and united their tribe of people across the board with their amazing performances. Masses of respect to the band, they are due a well deserved rest and we hope to see them back here in Glasgow for another dynamite show in the bright and breezy future.