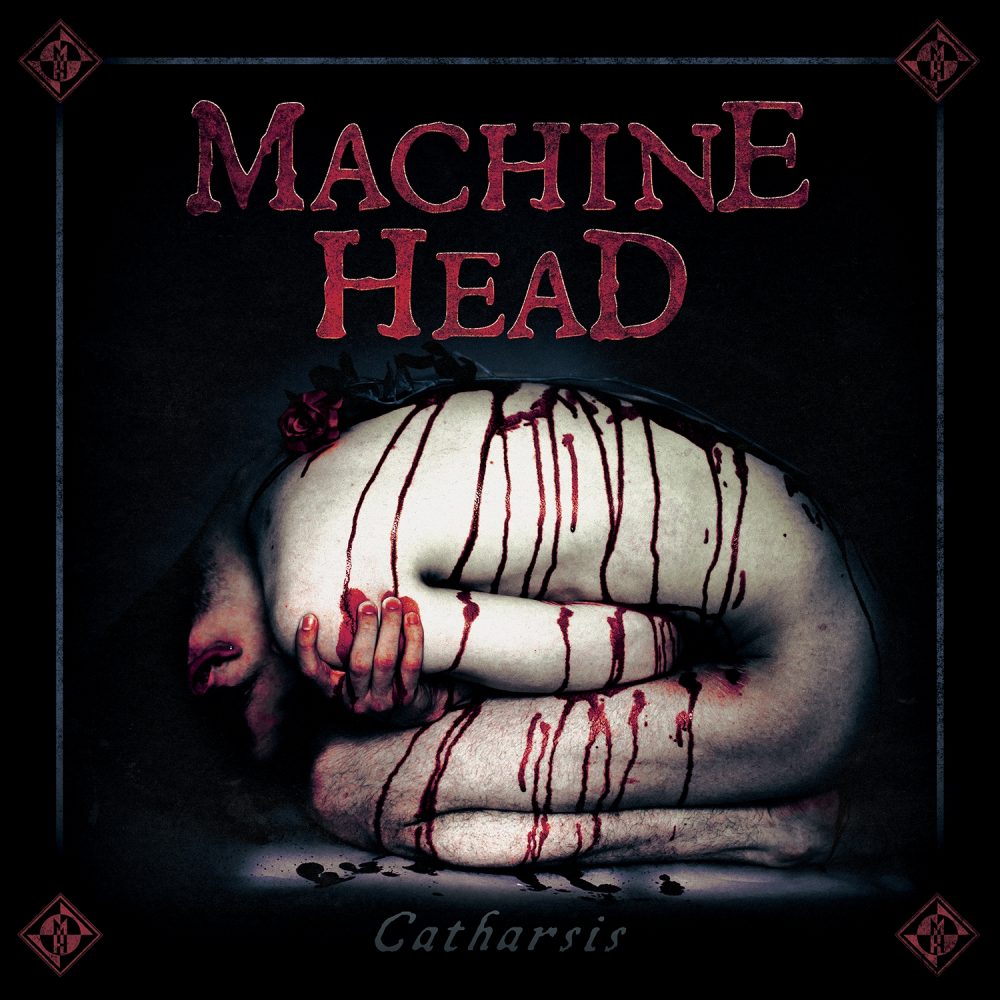 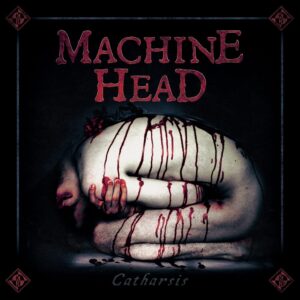 American thrashers, Machine Head are back with an eclectic, adrenalin-fuelled offering. Louder Than War’s Neil Johnson heads into the maelstrom of metal to check it out.

Back in the mid-nineties Machine Head totally smashed the metal community with Burn My eyes, a whirlpool of technical playing and brutal energy, which was to earn them a strong fanbase almost immediately.  Since then they have issued a further eight studio records, many dividing those initial fans with a change of sound and direction, but even at their most experimental they have always managed to retain that inner aggression which makes their music so recognisable.

From the first five seconds of Catharsis’s first track Volatile, Robb Flynn screams Fuck The World and your undeniably listening to Machine Head, but this record has a softer more commercial feel to it than their early work. The aggression and technical musicianship are still evident, but it’s not quite as relentless, it’s also a little disjointed as an album. At its heart, Catharsis is a collection of strong metal songs, but the variety of writing and style both within and between the songs is a bit jarring.

Even given the disjointed style, there are some really standout tracks on Catharsis. Volatile is a gorgeous slab of thrash, full of energy and bound to be a favourite in the pit. Heavy Lies The Crown gently teases you over a slightly too long intro, into an old-school thrash filled epic with riff-laden hooks and swirling vocals, although it has to be said that at almost nine minutes, its probably about three minutes too long. Bastards is another standout track, catchy, energetic and full of angst, it just feels a little out of place on this record stylistically.

There are some odd moments on Catharsis, such as Behind A Mask, the first minute of which had me checking to be sure Corey Taylor wasn’t singing and Beyond the Pale, which has a striking likeness to Strapping Young Lad’s Love. Not to mention Triple Beam, which is probably the records lowest point, a trip back to the worst parts of late nineties nu-metal, which is as unwelcome as it is unnecessary.

Machine Head has been around for a long time now and both the band and fans have changed over that time, so expecting another Burn My Eyes would be crazy, not to mention largely pointless. With that in mind, it’s great to see the risk and experimentation going on with Catharsis.  Sure, some of it doesn’t really work all that well and some feels out of place, but on balance, Catharsis is pretty enjoyable. The mixture of tracks is eclectic but still mostly recognisable Machine Head. Anyone expecting another The Blackening is going to be bitterly disappointed, but there is probably something for everyone here, if you can spare the time to listen through in full.