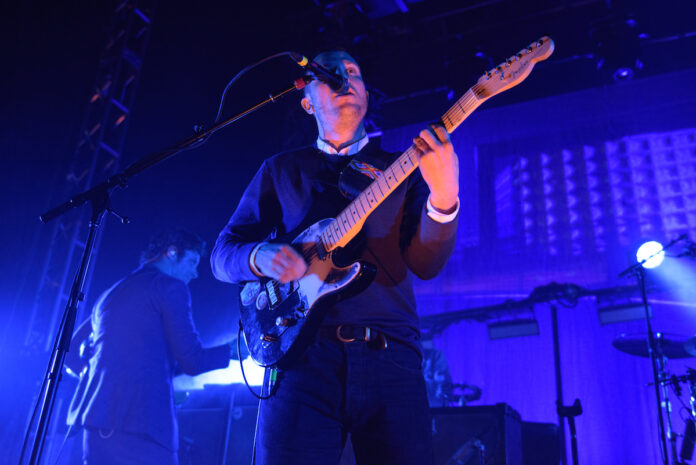 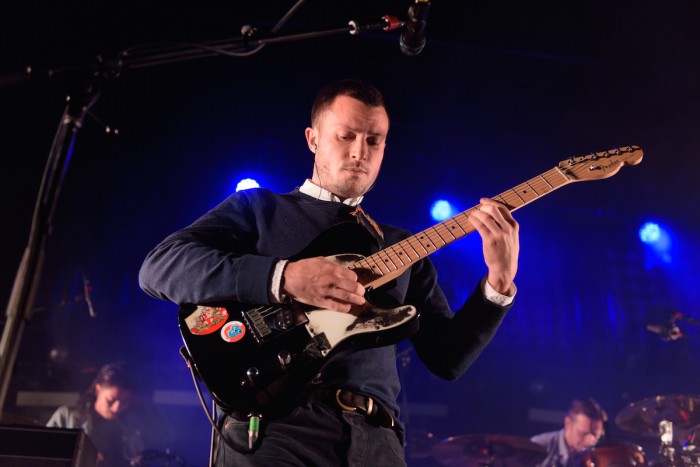 The Maccabees leave us astounded by the pace and intensity of this wonderful career spanning set, they literally take the roof off Leeds Academy.

Having finally returned with their first album in 3 years, they’re riding high on a mound of critical acclaim for the exceptional Marks To Prove It. An album that sees them combine the multitude of sounds they’ve delved into across their career and tonight is no different as their set is filled with some of their finest work. However, opening the evening is another band who’ve had a wonderful year, with the addition of a bassist and the release of their second album Drenge are truly on top form.

Their cacophonous barrage of noise hits you like a bolt from the blue, shrouded in smoke and at times incomprehensible they’re one of the most exciting live bands around. Yet their sound lacks originality, it’s akin to so many other bands. Despite this Undertow and Blood Sports shine through, as they snarl through incendiary renditions hyping this packed crowd up perfectly. 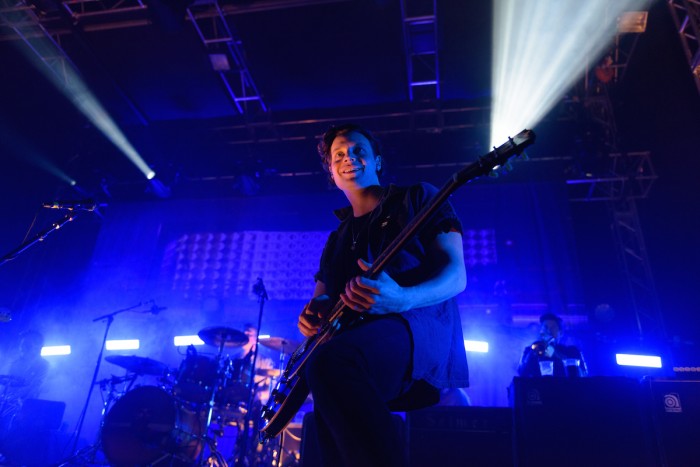 The Maccabees take to the stage in a similar vein of form to that of Drenge, immediately tearing into a rabble-rousing rendition of Marks To Prove It. It seems a far cry from the introverted performances of old, they’re filled with exuberance and excitement. It’s an all encompassing set that pays homage to the band’s entire back catalogue.

However, it’s Marks To Prove It that stands out above all, Spit It Out and Something Like Happiness are the highlights; the ferocity of the former is astounding. Orlando truly comes into his own as he delivers this impassioned track that’s filled with urgency and intensity, whilst the huge track underpins his angst filled lyrics. 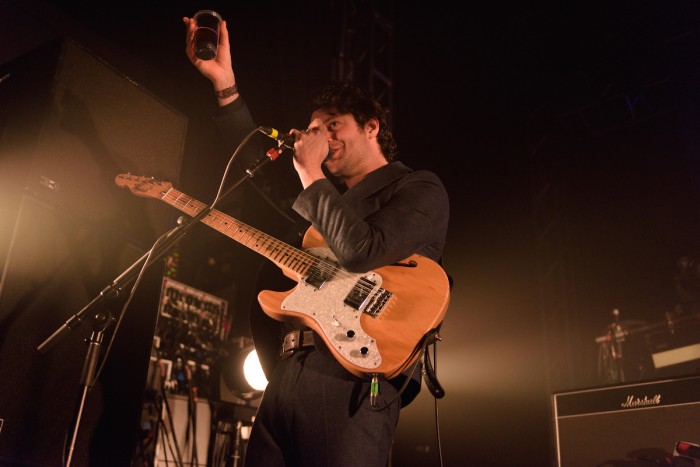 Whereas Something Like Happiness shows the bands delicacy, as they tone everything down it’s a rare break in such an energetic set. Whilst their latest output dominates the set, it’s the earlier tracks that provoke the biggest reactions. They are delivered with extra punch, First Love sounds like an anthemic call to arms that resonates and invokes a passion filled reaction from everyone.

All of the earlier material seems to benefit from this hugely ecstatic reaction, the band seems overwhelmed by the response. They confess that they are unable to play X-Ray as fast as they used to, but still delivered with the same euphoria.

The Maccabees are truly on top form this evening as they lift the roof of Leeds Academy, there’s an unbridled passion and excitement about the band. In the past they’ve been shy and retiring not tonight though, this is a full on aural onslaught of epic proportions.