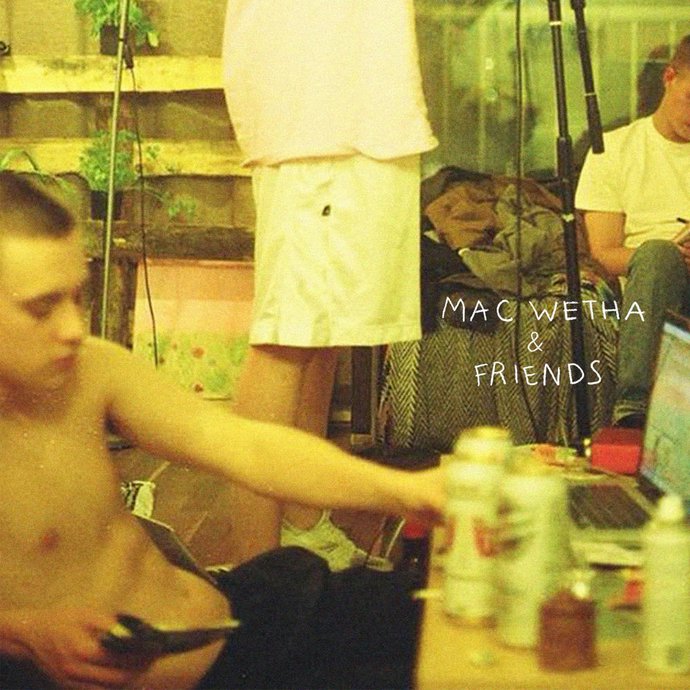 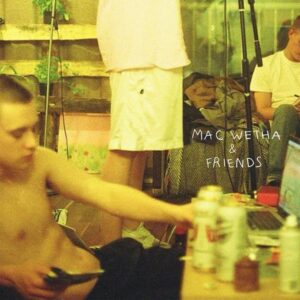 “You’re listening to Mac Wetha,” states the EP’s opening soundbite, as if we needed telling. Despite the myriad of guests, the R’n’B producer succeeds in creating an EP that is uniquely his. For 17 minutes he invites us into a world of hip-hop beats, disjointed guitar chords and deep atmospheric bass.

Opener ‘Smokers’ ‘ finds rapper/singer Lava La Rue delivering some of her most memorable lines to date, including the endlessly quotable “Make your bitch cry like Adele // stack the cheese like babybel // diamonds whiter than Coachella”. It is the most fun song on the record, largely because Mac Wetha cuts the beat midway through MC Bone Slim’s verse, causing him to plead with the producer to “keep it running.”

Unwilling to rely too heavily on vocalists, midway through the EP we are presented with two instrumentals, the jazz influenced ‘Loftus’, and the guitar led ‘Partners’. The latter flirts with indie rock, reminiscent of early American Football. It’s one of the EP’s highlights, along with successive track ‘Themes’. Here the 21 year old works wonders with guest star Puma Blue’s vocals, using auto-tune to distort them into a beautiful alien croone (Frank Ocean, anyone?), on a track built over a looped sample of crowd cheers. As with many of these songs, it ends all too soon, clocking in at just 2:43, ironically making it one of the longer pieces on the tape.

Elsewhere we find Biig Piig give a characteristically intimate performance on ‘Ode to Mumma’, Lorenzorsv and Nayana Iz singing in perfect unison on ‘Pls Stop’, before being wrongfooted by the intro to closing track ‘Spit in Ur Face B’. Louis Culture’s vocal overdubs allow him to express multiple levels of energy, while Lava La Rue closes the EP with a final lyrical tirade.

‘Mac Wetha & Friends’ may be a fitting title for an EP with as many features as this, but Mac Wetha needn’t be so humble. Yes, it is hard to pin down, but its varied influences result in a mature and accomplished release. Brevity is often a sign of confidence, and judging from this EP, Mac Wetha is one of the most confident men in music.