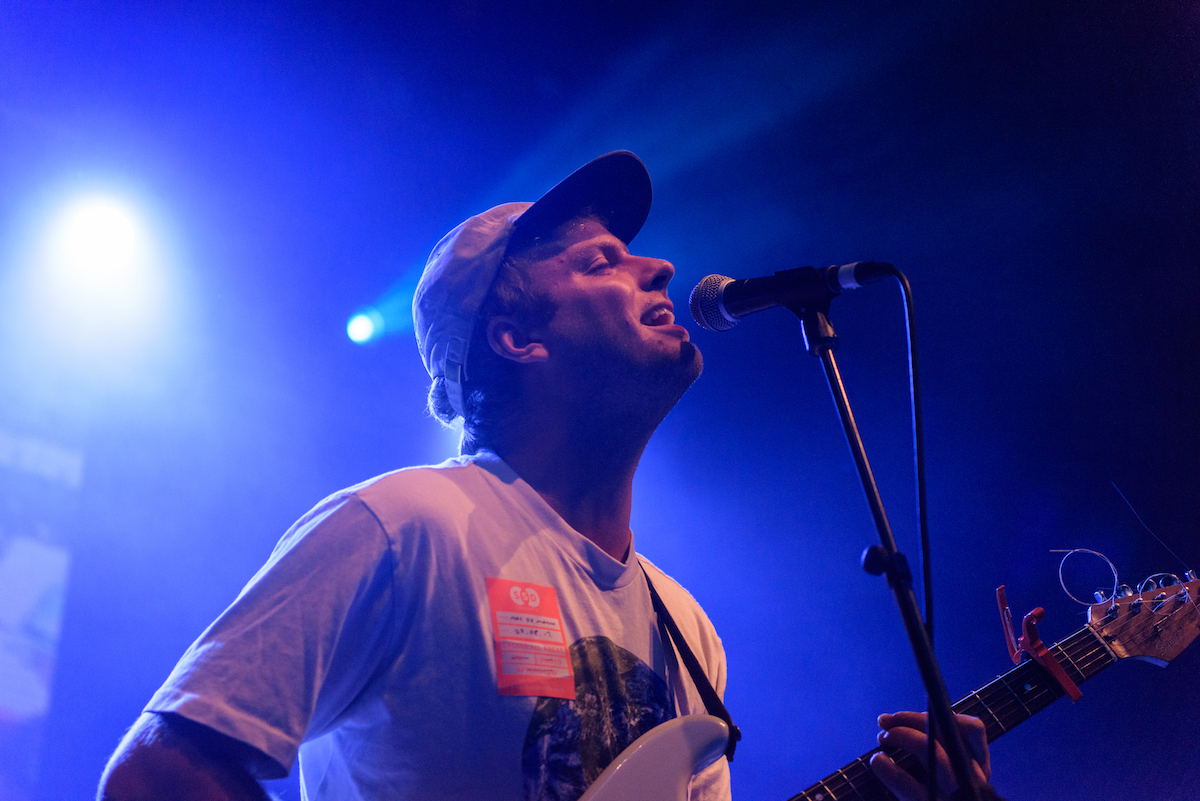 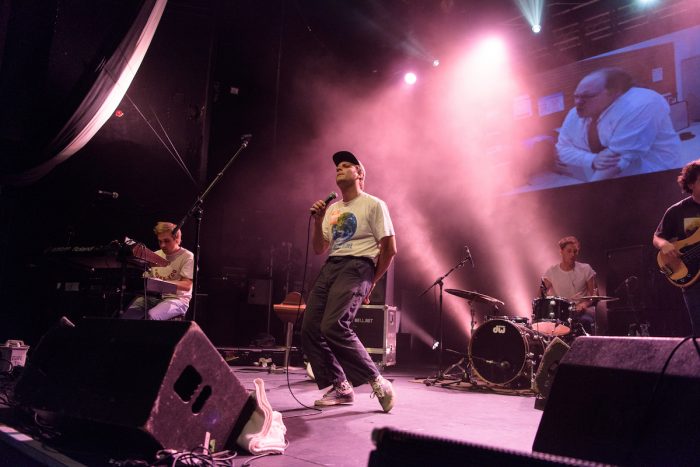 An incredible debut show in Newcastle from Mac DeMarco, he thrills a packed audience with his laid-back tracks and enthusiastic attitude.

As far as debut performances go in Newcastle, tonight could not be setup any better for Mac Demarco. A packed venue brimming with anticipated fans all eager to catch the current king of slacker pop, first up though is a man who could soon rival Demarco for his crown. Australian Alex Cameron saunters around the stage crooning through his intriguing tracks.

He flirts with a variety of genres but focuses on a very distinct style of 70s crooner at times straying into Lemon Twigs style honkytonk tracks. It’s a truly entertaining set and Cameron himself is certainly a star for the future, the crowd lap up his swagger and attitude. The likes of Runnin’ Outta Luck and Candy May are particular favourites in this brilliant set, from the rising star.

With the crowd hyped up, not like it was particularly required this evening, Mac Demarco bounds on to stage to the delight of the waiting fans. Opening with the supremely laidback On The Level, Mac Demarco sets the tone a sea of swaying heads and hands lay before him as he continues where Cameron left off crooning his way through this chilled out song. Whilst it’s a subdued opening Demarco quickly ratchets the pace with the crowd responding in kind.

Rousing renditions of For The First Time, Cooking Up Something Good and Salad Days all help this emphatic set along, as even Demarco finds himself overwhelmed by the incredible reception he is given by the fans tonight. A fun cover of Vanessa Carlton’s Thousand Miles also prompts a deafening sing-along. However, it falls to his more blissed out tracks to really grab everyone’s attention, for all of the fervour and frenzy in the room Demarco silences them.

The likes of Still Together and Chamber Of Reflection being the perfect exponents of this, once again a sea of arms befall him many clambering on each others shoulders to grab a better view. His set flitting through a variety of genres, Demarco has such an individual sound and tonight his set compounds that, from euphoria to relaxation adding to that a hefty dose of humour and misbehaviour it really has it all.

It’s been a long time coming but Mac Demarco’s first performance in Newcastle is an undoubted success, from mosh pits to sing-alongs tonight really has it all. It’d be amiss not to also mention Alex Cameron who also played his part in this brilliant evening, lets just hope its not too long before either of them return.

~
Mac DeMarco can be found online here mac-demarco.com. He is also on Facebook and tweets as @MSLDemarco.