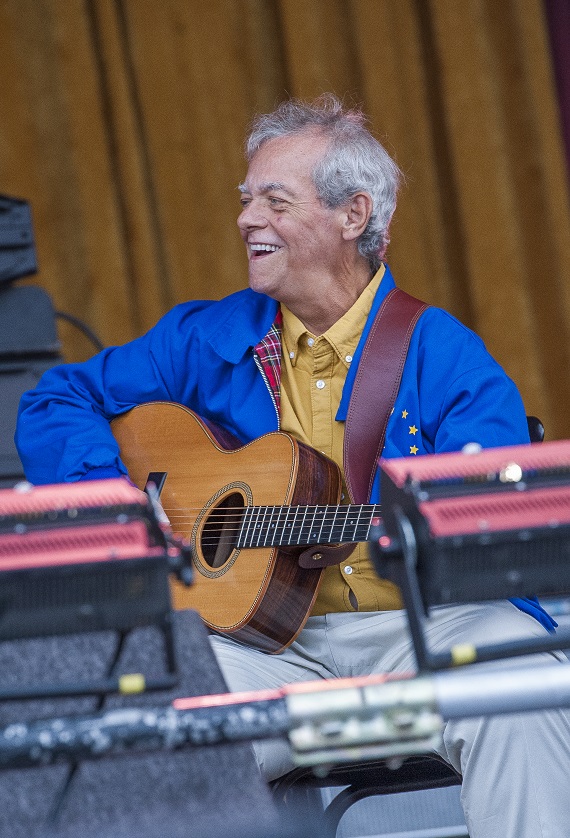 Really sad to hear the news of the passing of Maartin Allcock. Not a surprise as his diagnosis with terminal liver cancer prepared Maart, his family and friends both musical and non musical, for the inevitable. All the more poignant when you look back just a few weeks to his last public and musical appearance in public at Fairport’s  2018 Cropredy Convention that Dom Walsh & I were privileged to attend (our review of Cropredy 2018 read here).

While there may be many tributes and accolades to a Manchester (Middleton born) lad who was a genuinely nice guy – I last managed to say a brief ‘hello’ him at the King Crimson gig at Salford Lowry as he was a huge Crim/prog fan) – perhaps the most fitting would be not to attempt to put feelings into words but to to once again look at the incredible job he did when he appeared with fairport at Cropredy to peel off a charged electric guitar intro to what could be a definitive version of the Fairport classic Matty Groves. At the end he gave us his heart and  bid a simple “bye bye.” Farewell Maart – we’ll see you up on the ledge.