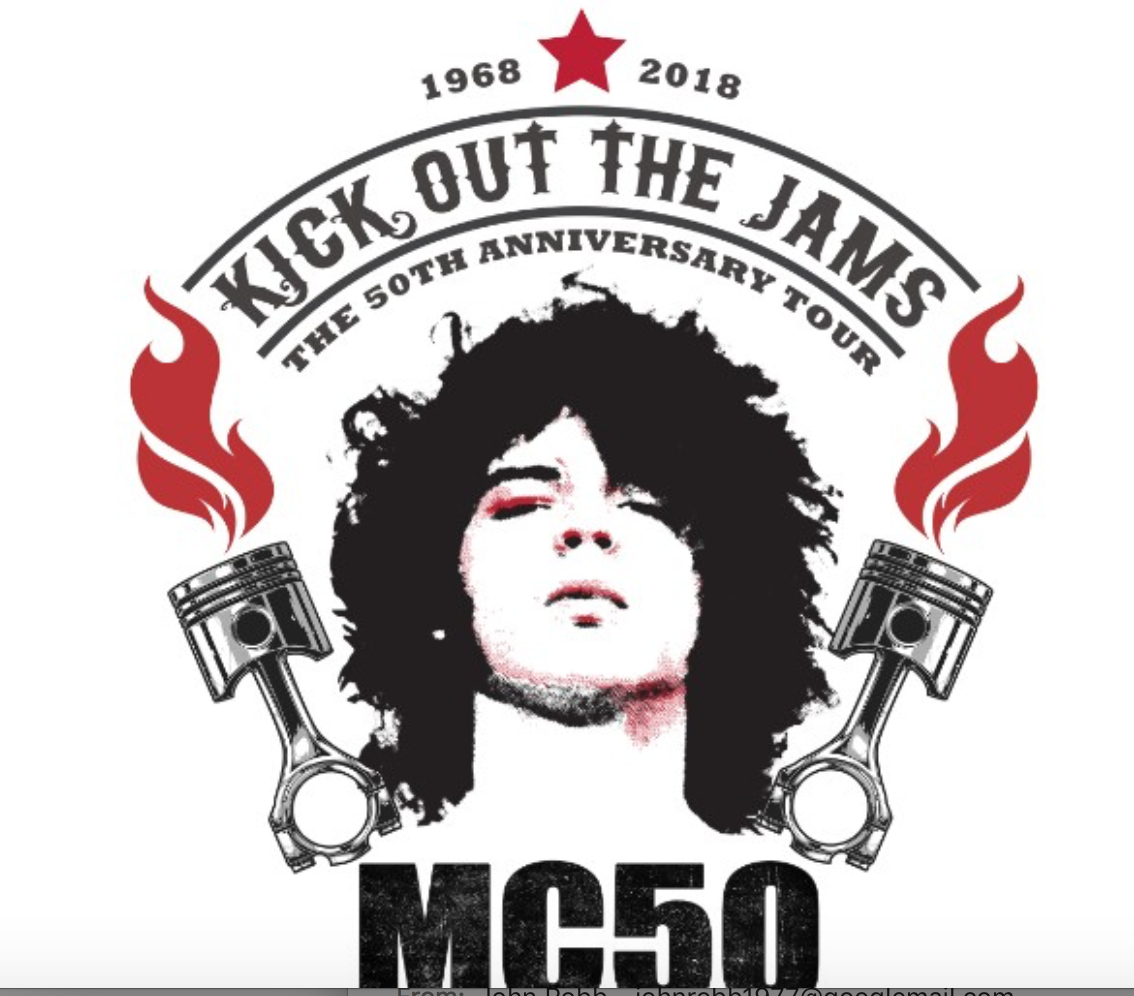 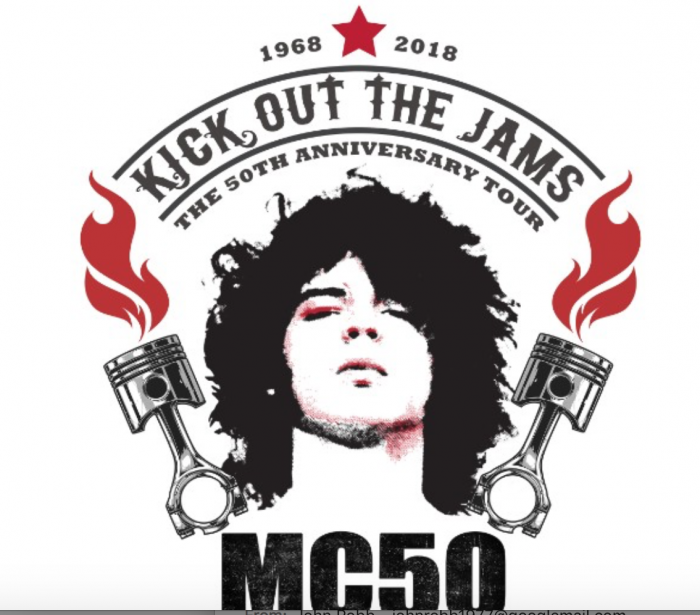 So it’s great to see the return of the MC5 to step up to the plate.

The legendary band have reconvened with an all-star cast built around core member guitarist Wayne Kramer. Don’t panic! it’s a great line up.

This latest iteration of MC5, nicknamed MC50, will feature Kramer as the leader of an all-star band including Soundgarden’s Kim Thayil, Fugazi’s Brendan Canty, King’s X’s Dug Pinnick, and vocalist Marcus Durant of Zen Guerrilla. Each night the band will perform Kick Out The Jams in full followed by a rotating encore built from later MC5 material.

There will be European summer festival dates September and then a US tour in September culminating with a hometown show at the Fillmore Detroit on 10/27. Kramer, a longtime radical who was involved with the White Panther Party alongside former MC5 manager John Sinclair, drew parallels between the volatile American situation then and now:

Today, there is a corrupt regime in power, an endless war thousands of miles away, and uncontrollable violence wracking our country. It’s becoming less and less clear if we’re talking about 1968 or 2018. I’m now compelled to share this music I created with my brothers 50 years ago. My goal is that the audience leaves these concerts fueled by the positive and unifying power of rock music.

In addition to the tour, Da Capo press will publish Kramer’s memoir The Hard Stuff: Dope, Crime, The MC5, And My Life Of Impossibilities. The book will focus on his post-MC5 life, which, according a press release, has involved “a federal prison term, addiction struggles that lasted decades, reconnection with his long-absent father, finding the path to sobriety at 50, and, incredibly, first-time fatherhood at the ripe age of 65.” The book is out 8/14 and can be pre-ordered here.