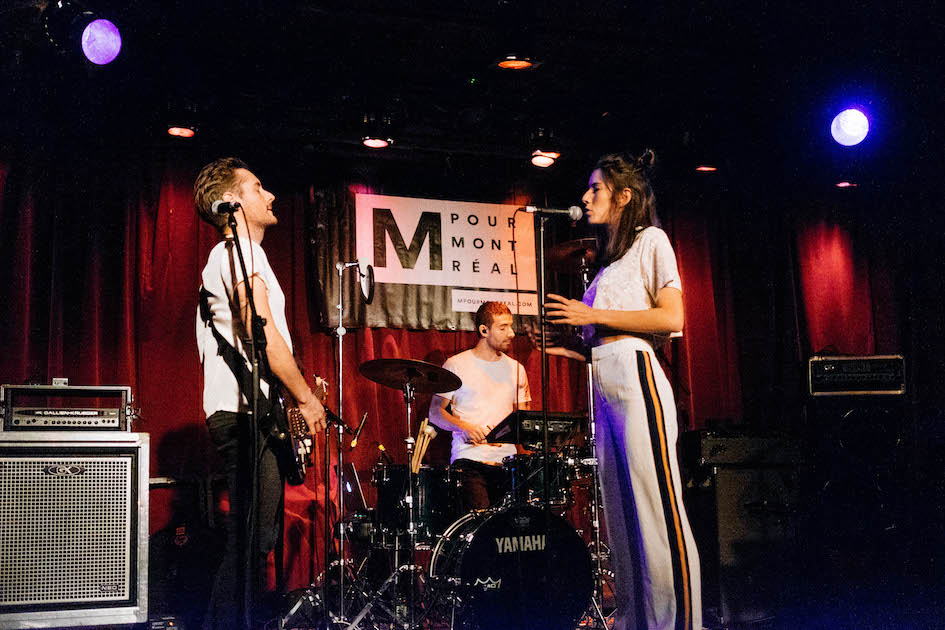 There are few cities as interesting – or as cold – as Montreal in winter, and for a few days in November there are few places more musically vibrant. M For Montreal is a four-day celebration of all things Quebecois and music takes over the city, hitting any number of bars and clubs day and night. And that’s before the after party.

Now in its 13th year, M is more than a showcase. It’s an affirmation that outside our English language world where the same names are pumped by the same companies – the heart of music beats, and it beats from the ground up. Vibrant music scenes exist everywhere and to be thrust into the heart of a 24 hour (ish) party is an invitation to throw off the shackles and open the ears.

The big force this year was hip hop – clearly there’s a vibrant scene – and there’s plenty of interest and plenty of talent. The biggest name in town is Simon Cliché Trudeau better known as “Loud” – though as Canadian stage names go, Cliché Trudeau takes some beating – and he played Montreal, though not as part of M.

Can a rapper, someone whose stock in trade is words, rap in French and still break out? It’ll be interesting to see what happens to Loud. International stars have come out of Montreal – from the post-rock noise collective Godspeed You Black Emperor to Arcade Fire to, most recently, Mac DeMarco – but stymied by the language barrier too often artists hit “un plafond du verre” – that’s a glass ceiling to moi et toi.

Here’s a grab bag of some of the names making tracks in the Canadian snow.

If I had to choose one act… In among all the guitars, hip hop and noise, something a little more subtle. Hypnotic, hip-swinging electro beats, looped synths, swooping swooning vocals and red lippy. What’s not to like? Not a million miles from a young Marc Almond – never a bad thing – young trans performance artist Russell Louder is a star waiting to happen. the tunes groove and flow, this feels confident and alive. 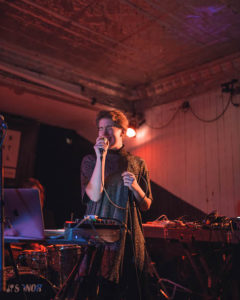 Most hip hop in Montreal came in two flavours: loud and shouty or shouty and loud. Proper in-your-face who-you-looking-at attitude. LaF were the antidote to the attitude.  Bouncing across the stage, all Beastie Boy smiles and moves but with laid back funk and slinky groove beats, LaF were irresistible and infectious. 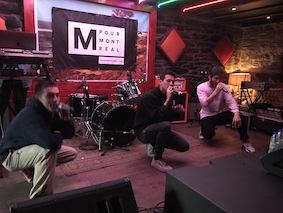 Ambling on to the stage like he was on his way somewhere else but had kinda got lost, hood pulled tight – no light getting in or out – Thomas’s dark tales and labyrinthine rhymes made him impossible to ignore. From Toronto, this was first time the 27-year-old had played Montreal but clearly word of his dark grooves and night tales had got here before.

There was a small but noisy contingent from Chile – fitting for somewhere so cold – and the pick of the bunch were Adelaida, a pumped up trio who’ve just been voted Chilean “Rock Band Of The Year”. Pitched between soundscapes, guitar psychedelia and serious rock  – and often floating between all in the same song – they were one of those bands that made you think “with greater exposure… maybe…”

If words like shimmering psychedelia make you think of sunshine and flowers, the Holy Two from Lyon in France, make you think again. These flowers have thorns. Elodie (vocals) and Hadrien (everything but drums) are dark and broody, her extraordinary swooping voice colliding with his treated guitar to create an interweaving web. 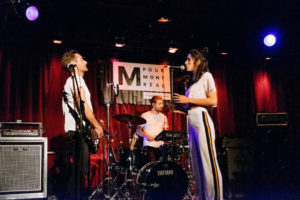 One of the rising names on Quebec rap, FouKi (and his producer Quiet Mike) draw on different influences from folk to reggae to more mainstream hip hop to create something really quite interesting. Another of those cases where the language barrier will probably act as a glass ceiling, which is a shame. 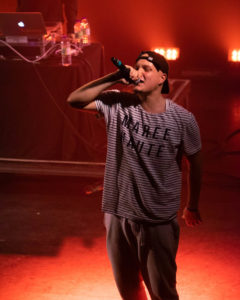