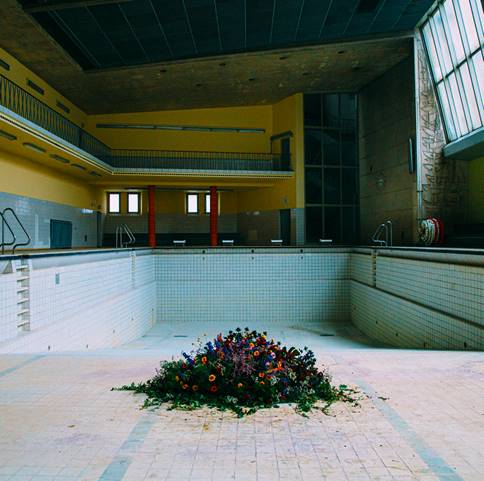 LYR – Call In The Crash Team

Poet Laureate Simon Armitage adds voice and verse to LYR’s debut album that aims to be an emotional crash team for our troubled times.

Amazingly our current Poet Laurate Simon Armitage is actually the second holder of that August royal appointment to record an album after Sir John Betjeman’s ill-advised crack at the charts back in the 1970s.

Thankfully Armitage’s collaboration with producer/multi-instrumentalist Patrick Pearson and musician Richard Walters is a welcome addition to the growing canon of spoken word albums that are being released almost weekly.

Yet LYR – it stands for Land Yacht Regatta for obscure reasons – almost never got off the ground as the producers sent Yorkshire’s finest poet a Dictaphone that sat on his desk for years. He finally he picked it up so his musical partners could set to work swirling strings, piano, percussion and voices round his doleful northern tones.

The haunting Zodiac T-shirt gave the album a title as LYR see themselves as an emotional crash team resuscitating our spirits in these confusing times. As you might expect from a gifted poet Armitage can go dark on tracks like 33 1/3 inspired by the death of Ian Curtis as dislocated strings and piano stabs add to the gloom when his doomed protagonist is found hanging in a sad bedsit with a record on the turntable endlessly hitting the runoff spiral.

Adam’s Apple takes the simple act of tying a necktie to a much darker place with Walters’ vocals weaving round driving percussion as a man prepares for a date with someone who may, or may not, exist except in his head.

It was smart to make Never Good With Horses the lead single bringing together Pearson’s minimal piano playing, and Walters’ ethereal vocals as the poet explores a disappointing relationship from the female point of view.

Armitage was a singer in a band that actually released an album, so he has an ear for musicality. which he deploys on the quirky The Quick Brown Fox Jumps Over The Lazy Dog reciting a list of objects that weight less than 100 grams, including Yuri Gagarin in zero gravity and angel turds.

It still seems bizarre a poet appointed by the Queen could be part of such a dark and compelling album, but Armitage has never taken a conventional approach to populating verse. Call In the Crash Team melds high quality verse and smart instrumentation to forensically examine the ups and downs of living in today’s Britain.