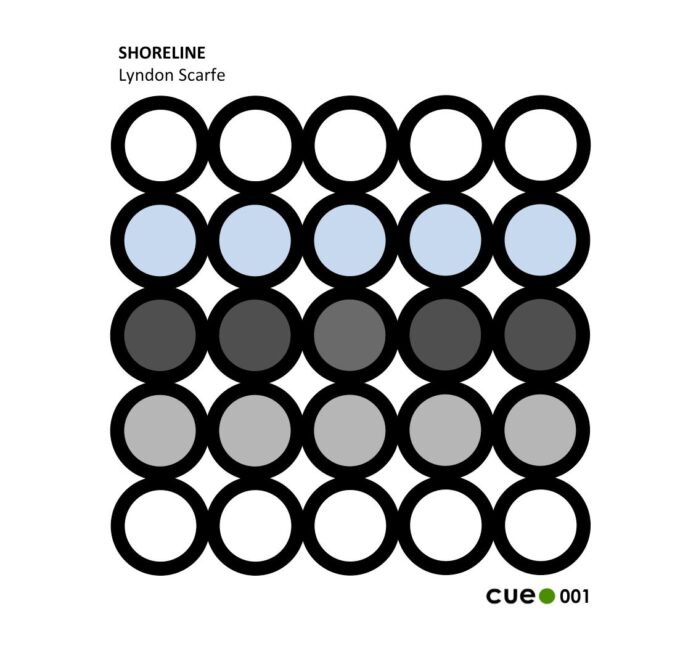 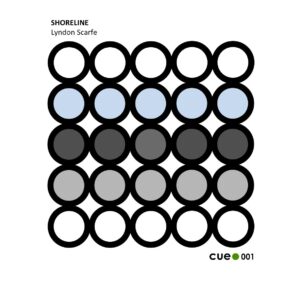 Prepare to be immersed in waves of sound as multi-faceted musician Lyndon Scarfe presents Shoreline. It’s elegiac and hypnotic and unsettling in parts. It’s a blueprint for what ambient music should be. Gordon Rutherford reviews for Louder Than War.

Like most of us, Lyndon Scarfe had time on his hands in May and June this year. But unlike most of us, he put it to very good use by creating something quite wonderful. That something is a body of work entitled Shoreline, a designation influenced by his memories of a coastline that he was unable to visit.

Before picking apart the music, it’s probably appropriate to give some greater context. Shoreline is the debut release from newly established label, Cue Dot. Actually, it’s probably more accurate to describe Cue Dot as a project that carries electronic influences at its heart, rather than simply a label.  It is the brainchild of Derbyshire-based Paul Scott, who, under his Lippy Kid alias, created 2018’s superb electronic album, Thought Forms.

In these extremely troubled times, it is worth calling out and emphasising loud and clear that Cue Dot is run as a strictly not-for-profit venture. Artists will share any profit with the label and Cue Dot will reinvest their share in order to support other artists. Times have never been tougher for artists trying to make their way, so the ethos behind Cue Dot has to be applauded and supported.

Now, to Shoreline and Lyndon Scarfe. It’s probably fair to say that Scarfe knows his way around a studio. An original member of early-80’s post-punk group, The Danse Society, Scarfe has since gone on to record and release ambient, electronic and soundtrack music under his own name. Additionally, he plays guitar in The Black Lamps and collaborates with Sam Horton in experimental, drone, noise project [retreat].

On Shoreline, he brings his ambient, cinematic side. And how. The album is aptly titled, as, upon listening, you will envisage yourself lying at the water’s edge whilst waves of sound wash over you. It is a spellbinding collection that will welcome you in and settle you down. But beware, before long you will be a little unnerved.

It opens with the glacial title track and, immediately, the hypnotic, minimalistic keyboard motif will draw comparisons with the work of Ryuichi Sakamoto. A couple of minutes in, a slightly discordant guitar is delicately introduced, subtly disturbing the calmness. We shall return to that theme.

The next two tracks, Starlings and Herons, build upon that superb introduction. Both are highly cinematic in feel. Starlings is like a shaft of blinding sunlight piercing through the clouds, whilst Herons builds and swells with utter drama. Again, with Starlings, the listener is reminded of the work of Sakamoto, as it so reminiscent of the Japanese composer’s work on The Revenant.

However, the highlight of the album is yet to come. Going Back is a quite outstanding piece of music. An exquisite electric piano line is picked out. A synth recreates the sound of waves lapping the shore. It builds and sweeps in majestically. All is calm. But very quickly, there is a discordant sound of interference introduced that is slightly unsettling. It knocks you out of your stride.

Like all genres, ambient music is often misunderstood. Many people think of it as a mere background music or music to ‘chill out’ to. In reality, the best ambient music is quite the opposite. It makes you sit up and take notice. It knocks you out of your reverie and forces you to pay attention.

That’s precisely what Scarfe achieves with Shoreline. His methodology is to create a series of loops where the recorded signal feeds back into itself and distorts and decays as it becomes superseded by new looped sounds. Layers build upon layers. Some of these augment the previous layer perfectly, like pieces of a jigsaw fitting together. Others, and this is where the magic happens, don’t. They are discordant and disturbing. It is these moments that grab your attention and make you sit bolt upright. That’s what makes the music of composers like Penderecki and Steve Reich so special and it is evident that Scarfe is borrowing from the very best here. It’s that ingenuity and imagination, and willingness to take risks, that makes tracks like Going Back and the title track, Shoreline, so special.

Shallow, whilst again conjuring up images of The Revenant soundtrack, is perhaps the least interesting track on this particular collection. It is well composed and played by Scarfe, yet it doesn’t go anywhere quite as interesting as what has come before.

Normal service is restored, however, with Imperfect, which is akin to being shepherded through an Icelandic glacier. In many ways, it reminds me of Joy Division’s epic, Atmosphere. Overall, there is a mood of dark serenity until that frictional, discordant loop is introduced. Again, we are made to pay attention as the song concludes.

The album closes with Dust, a boldly creative track that evolves via a layered soundtrack and evokes much of Mogwai’s recent work. As the music progresses, it increasingly sounds like it has been recorded in a vacuum and particles of sound bounce and reverberate everywhere. It’s like the musical equivalent of the Higgs-Boson Collider. Once again, the Penderecki theme returns as the track seems to implode into itself in a manner similar to the composer’s seminal work, Threnody for the Victims of Hiroshima.

Shoreline will immediately enthral admirers of Brian Eno and Robert Fripp’s Frippertronics work. However, this ambitious, experimental piece of work, backed by a virtuous and values-led label, is deserving of more than a niche audience. In short, there is something here for all those who appreciate great music, irrespective of genre.

2020 may well be an annus horribilis, but it’s shaping up as a vintage year for album releases. In Shoreline, Lyndon Scarfe has delivered something that rubs shoulders with the best of them.

Lyndon Scarfe is on Bandcamp.

Shoreline is available for pre-order (digital or CD)on Bandcamp.