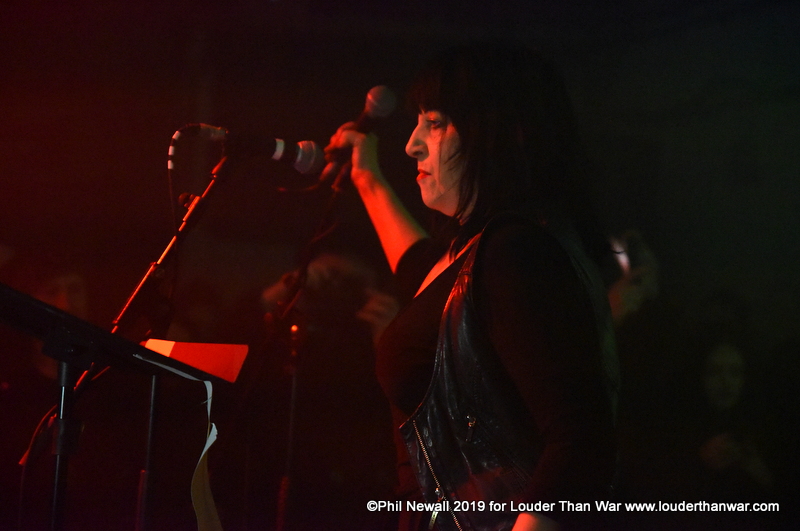 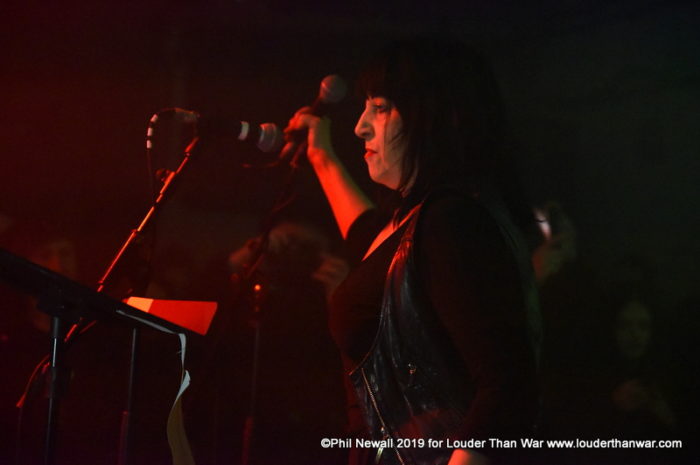 Lydia Lunch, a teenage runaway first crossed paths with Alan Vega and Martin Rev when she arrived in New York aged 16 in the late 70’s; she saw them perform as Suicide a collision of avant-garde performance art and minimalistic rock, that pre-dated punk by a number of years. Lunch has since described the performance as ‘a total show, theatrical, free, violent’. Since that initial meeting Lunch formed an enduring friendship with Rev and Vega, at one point she looked upon the duo as her adoptive parents, the later only ending when Vega passed away in July 2016.

Lunch also formed a creative partnership with Vega and Rev, she has previously performed on stage with Suicide and provided additional vocals on the legendary track ‘Frankie Teardrop’ which was part of the Suicide debut album, as well as duetting with Vega on ‘Prison Sacrifice’ which featured on the 2010 ‘Sniper’ album from Alan Vega & Marc Hurtado.

Moroccan born Marc Hurtado, had already met Alan Vega and Lydia Lunch, they appeared on (his then band) Etant Donnés ‘RE-UP’ album in 1999 which also included contributions from Genesis P-Orridge, whilst in 2013 he formed the project My Lover The Killer with Lydia Lunch, with whom they recorded an album.

Lydia Lunch and Marc Hurtado took to the dimly lit stage of a bitterly cold White Hotel, Salford; the venue is essentially an abandoned industrial unit, one side of the low stage is walled from the elements by a steel roller shutter, the stage itself set at an awkward 90° angle below a large screen barely visible through a swirl of blood red washed dry ice.

At the rear Hurtado, wearing sun glasses, loads two CD’s into Pioneer DJ decks, Lunch dressed in a black dress with black leather jerkin, knee length black boots, leaves a bottle of white on the floor then positions herself at the apex of the stage in front of a lectern and two microphones, she rasps incoherently before twisting to face Hurtado who activates the CD players; the entire venue shudders under the sudden onslaught of amplified pulses, crude, almost violent beats; its immediately apparent that Hurtado hasn’t just loaded up commercially available Suicide recordings, he has taken the source material, reworked it, reimagined it into a claustrophobic array of animalistic rhythms. 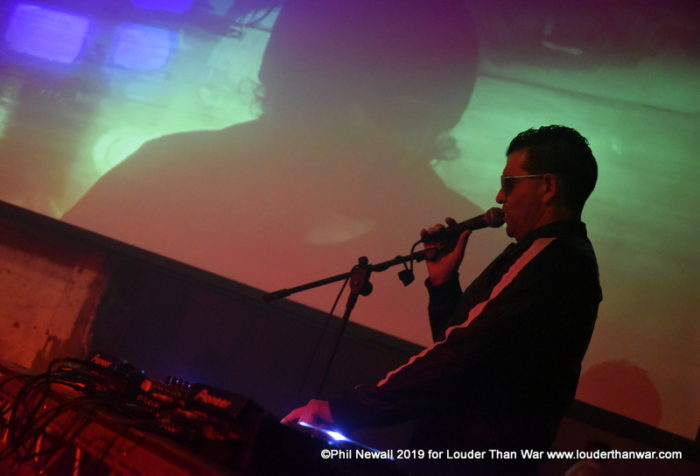 Lunch clinging to each microphone apes Vega’s original half spoken/half sung lyrics with her familiar scorched vocalisations; which particular Suicide track are they playing… Christ knows!

Lunch despite her diminutive size confronts the entire audience, she is eyeball to eyeball with her prey, occasionally cupping the face of anyone within reach, barking lyrics, cementing her status as No-wave provocateur; she steps back, the steel shutter becoming a percussive piece as she repeatedly hammers and kicks at it; Hurtado washed in light from the screen showing his film ‘Infinite Dreamers’ a dedication to Vega and Rev is screeching into a microphone whilst triggering squalls of sonic mayhem; the resulting apocalyptic soundtrack is equally overwhelming as hypnotic, Lunch hammers a beat onto the floor, the audience pummelled by electronic glitches.

Lunch introduces ‘Prison Sacrifice’ from the “Sniper” album and dedicates it to Vega, its not a Suicide composition but it retains the same power as anything Suicide themselves ever created, a blackened, violent assault on the senses that utterly transfixes, the perfect platform for the anti-Guantanamo lyric. 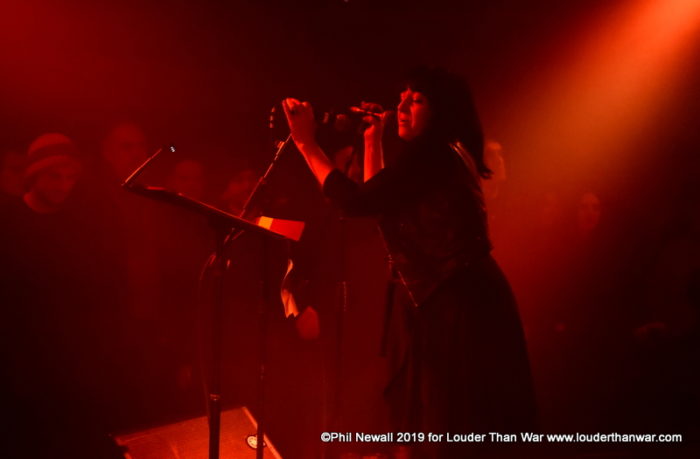 Lunch is utterly compelling, she stalks the stage, pausing momentarily to sip her wine, before Hurtado launches into another futuristic maelstrom; the combination of the sheer volume, processed repetitive beats, the guttural yelps have evolved into a ritualistic performance that only a ten minute crescendo of ‘Frankie Teardrop’ could assail; that stuttering mesmeric beat hammers into your chest, narcotic rhythms swirl as Lunch reminds us that “Frankie’s going to kill his kid” the unease of the Suicide original is perfectly matched by this persuasive and burning performance that takes the audience to the abyss.

Lunch and Hurtado delivered a powerful, thrilling and visceral show, they reworked the source material whilst remaining respectful to their friends, yet offered up their own interpretations; an intense, and provoking experience.