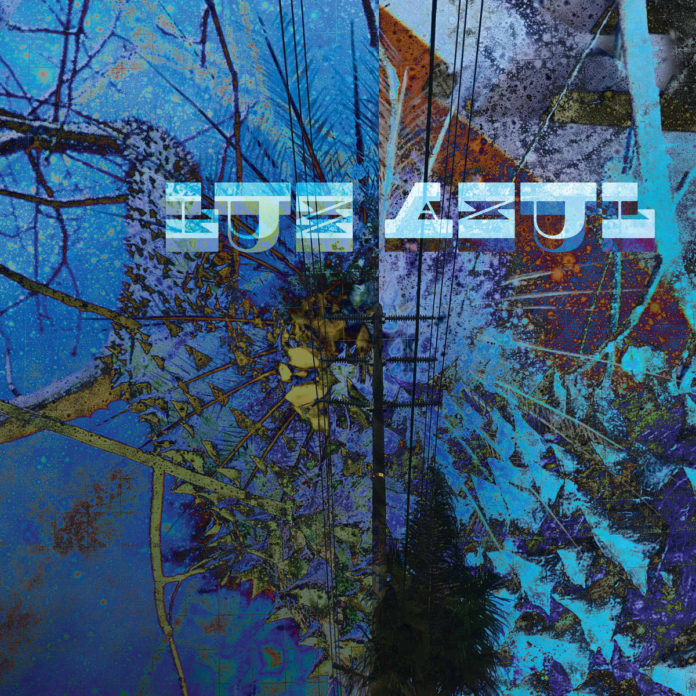 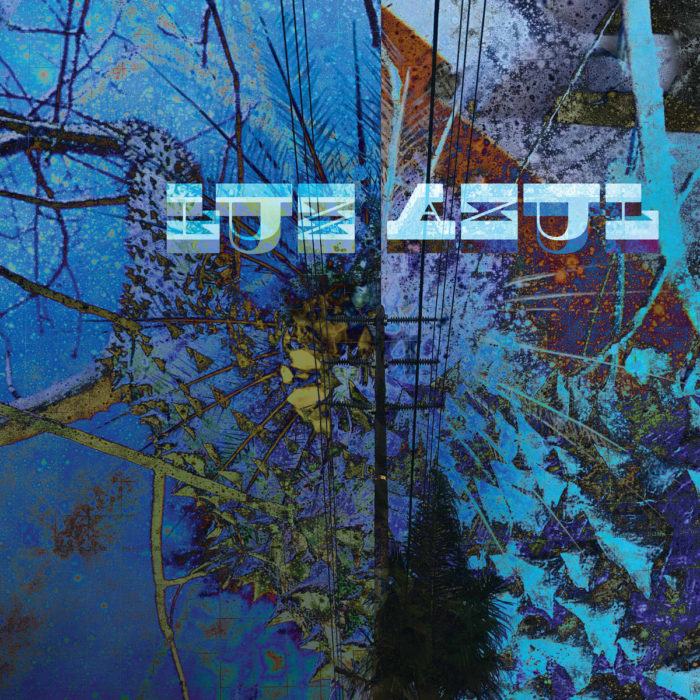 2008 feels like an awful long time ago, and Luz Azul newly released but recorded back then, does little to dispel the notion that the noughties may as well be ancient history.

Luz Azul are, or were – for the purposes of this recording anyway – Breadwoman (aka Anna Homler), a vocal and performance artist living in Los Angeles, and an old musical alliance from the San Diego collective, Trummerflora; Marcos Fernandes and Robert Montoya. The clipped tones of the press release only add to the sense of drama as to how this record came about. “There was chemistry and the trio promptly decided to enter the studio to capture their collective magic. The session yielded the music found on Luz Azul.”

This breath of fresh air from the past is brought out on Antwerp’s enterprising Cortizona label, who have steadily released some intriguing music this last decade. Cortizona is just the sort of label who would jump at the chance to release music made with (and I quote some of Holmer’s sonic armoury here), pocket theremins, sample sticks,potato slicers and “assorted dry and squeaky objects”.

You will definitely need a decent enough vat of your own time to digest this music. The first two or three listens did nothing for me, it has to be said. It was just another interesting, arty record, looking to scratch around the margins of our consciousness with its clever arrangements. After a while, though, something clicked and now it’s akin to a mystical document to be dipped into at times of need. Those who need a sonic compass before setting off to listen could quote the more of Matana Roberts or Mutamassik, or maybe the wistful menace found in Hector Zazou’s releases. I’d also wager it’s worth splitting your listening experience into the two Sides Luz Azul is presented in, A & B.

You’ll also need to be supine to listen in: it’s very spacey music. The opening movement on Side A, with the appropriately named ‘Signals’, does feel as if you’re sat on a beach somewhere on a pacific atoll, watching the stars. The first thing I’m reminded of in terms of “popular music” is Tangerine Dream’s early work, especially Alpha Centauri. Here, as there, the music swings wildly between spiritual invocations of the cosmos and brutal gestures involving a host of instruments and actions. The vocals are as potent as Calypso’s spells on Odysseus. These chants disappear as some kind of rock spirit takes over vocals and croaks out something indecipherable. Then we prepare for lift-off courtesy of a set of sonic bricolage that includes bangs, crackles, rumbles and random opera trills. The whole exercise sounds very ancient; Von Däniken’s Chariot Of the Gods made sound.

Following that we are treated to a more reclusive set of sounds, those maybe of an inner chamber. Some colour is initially given by a ripple of “gong bongs” and gradually opened up through other samples and chimes, and what comes across like the ticking insides of a clock. We soon find ourselves somewhere else, at the side of the witches’s cauldron, staring in and trying to make sense of the increasingly frenzied sonic prompts, maybe wondering if we’re about to be made the chief ingredient of a stew.

The feeling of being lost in an Indonesian jungle is strong with the opening track on Side B, ‘Chaya Sa’la’. Again, the gentle gamelan-esque rhythm, punctuated by what sounds like forest noises is hypnotic. Things start to get more intense, developing into a soliloquy that you are party to, but watching at a distance. The sense of remove the listener feels on this track is extraordinary. We negotiate a tough drum pattern that follows on close behind, and the chime of a triangle complementing a bubbling synth part make this new ride very hypnotic indeed. Later passages such as those in ‘Recollecting The Swarm’ involve elongated screams and a gloriously gloopy ur-dance track which rumbles along, the rhythm surely made for ancient temple builders placing the first outlier stones of a grander complex. At this point things end and we are left wondering whether another round would leave us flat out.

A remarkable record. Give it time and ration yourselves. 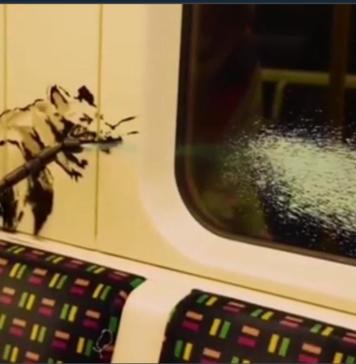 July 15, 2020
1
Banksy was out and about earlier this week leaving a trail of typically thought provoking and powerful art pieces on London tube trains...who promptly removed it
Read more