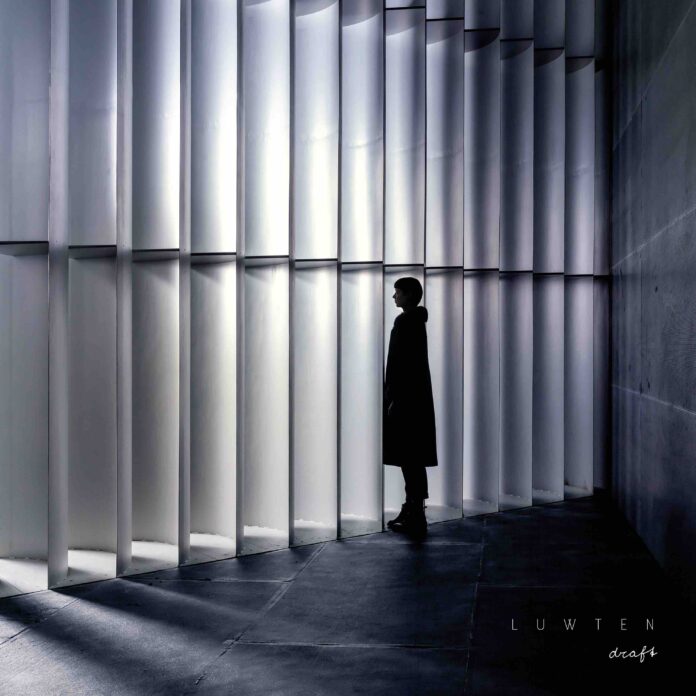 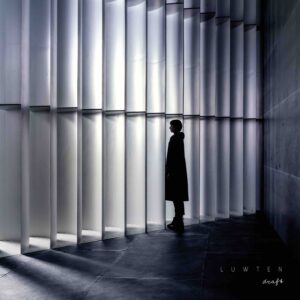 Draft, the second album by Luwten, is perfect pop for the pop cynic. If your ears are usually besieged by the blare of lads with guitars, this will change the record, at least for the pleasant duration of eleven songs. Resistance is futile. It’ll tap into the dance DNA of your genetic coding. It’ll make you want to upgrade your speakers. It’s rare that records can be as restless and as relaxing as this one is.

We humans are all works in progress: perpetually unfinished business. Tessa Douwstra, aka Luwten, seeks, on Draft, to consider a more outwardly-focused life, having dwelled upon introversion on her 2017 debut. It’s not only existentially progressive, but the tunes themselves have a greater variety of textures and tempos.

The Thought Of You opens with that giddy, racing-heart feeling when little things in life make you think of someone. The potential sweetness and potential bitterness of that association comes through simultaneously. The relaxed, sparse guitar strums and warm, slightly breathy vocals predominate, but layered beneath, we get an anxious, nagging, glitchy, staccato “na, na, na” vocal that loops constantly. A sense of longing is added towards the end by what sounds like a lovesick, languid Clanger. On track two, Don’t Be A Stranger, the instructions, “Don’t be a stranger./ Don’t be a reverie,” could equally be an appeal to that person that’s on your mind, or a note to self.

We’re definitely taken to the club on track three, Control. If we haven’t (even once) lost some element of control in a club, then we’ve arguably never lived. Control’s steady, mid-tempo dance groove compliments the calm sense of surrender contained within the lyrics. They seem to suggest that we gain something by surrendering the need to maintain control, to have everything perfectly poised and pinned down all the time.

Nothing embodies wrestling with the concept of control more than Sleeveless. It feels exactly like being awake in the early hours does, when you have a racing brain and you’re constantly counselling yourself that being awake is OK and all will be well. There’s a plucked guitar with the low, simple twang of an elastic band, jarring electric drums and the frequent intervention of a menacing cowbell (possibly a woodblock) that regularly sounds like it’s actually coming to get you. We’re told, “I dream of a sleeveless life, with nothing to hide.” The ‘sleeveless’ vulnerability of the song, its stark emotions and how it gives Douwstra’s splendid voice nowhere to hide is a big factor in its charm. Call Me In has a similarly beautiful sense of exposure, the vocals reminiscent of Sylvan Esso’s Amelia Meath.

The title track contains the declaration, “I want to be alone./ I want to hear you coming home,” turning the idea of solitude into being a pleasant, quiet preparation for company. It’s certainly the kind of song where you can happily turn it up and forget the world. Not a great one to play whilst driving, perhaps. Draft’s polar opposite, Stopwatch wouldn’t be much a better track whilst behind the wheel. Its intensity and tempo would surely have you trigger the nearest speed camera. ‘Lost in music’ may not be an adequate defence for contesting a ticket.

Drafts can mean works in progress. If Tessa Douwstra is a work in progress, let’s keep a close eye on what she does next. A draft can be a breeze beneath a door. This album will blow your bloody doors off.