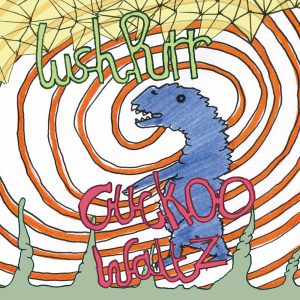 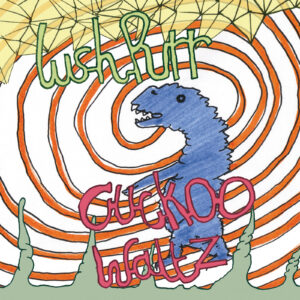 Louder than War’s Ioan Humphreys goes all soft for this Glasgow bunch of  lo-fi misfits.

Lush Purr have evolved from the smouldering ashes of psychedelic indie punks The Yawns and very much owe their existence to Glasgow. Brothers Gavin (guitar/vocals) and Rikki Will (drums) came from a small fishing village near Aberdeen; Emma Smith (bass/vocals) grew up in Doune, near Stirling; and Andres Fazio (synths/guitar) moved to Glasgow from Santiago, Chile. All four chose the city to be their home, attracted by its thriving music scene. Glasgow is the place where they met and Lush Purr was born.

Cuckoo Waltz is the debut offering from Lush Purr and it is joyous in it’s off kilter indie charm and wonkiness.

Opener Wave leads us straight into a ‘part’ song which has already started and has a gorgeous chord progression and equally gorgeous “ohh” and “ahhs”. The initial feel you get for the LP is very Guided by Voices esque in their part songs and failed experiments.

Short song Bananadine has nice lush, ethereal vocals and lo-fi instrumentation. Horses on Morphine is a faster, more upbeat song reminiscent of early Belle and Sebastian. It’s twee and poppy, but it’s lo-fi infectious and distorted beats are a joy.

Stuck In A Bog has bombastic drums, lovely chord changes and phoned in Jesus and Mary Chain vocals. Some lovely guitar lines prop up the rhythm. This band are inescapably Scottish!! (I Admit It) I’m A Gardener as well as having THE track title of the year, has infectious guitar riffs that lead into organ lead bass and guitar lines that run throughout the track. These competing and complimentary musical lines create different layers that excite and ostensibly take you above and beyond the twee indie fair into mature and complex songwriting.

As the album progresses, tracks like Bear At Midnight and Mr Maybe have great indie tunes and in particular, I, Bore has infectious grooves and pretty much sum up and illustrate what this band is about.

Final track Triple Squit has a fantastic ruff that runs throughout the track. The shared vocals are very effective and the noisy guitar in the last third is very reminiscent of Slowdive.

Basically this band sound like they are having a massive amount of fun experimenting with sounds and feeling their way. They have the melodies and are well equipped with the classic indie guitar staples. They have the feeling of the great 90s indie experimentalist acts such as Truman’s Water, GBV and Thinking Fellers Union Local 282, but have used that experience and developed and matured their sound into their own. I think it’s a lo-fi triumph.