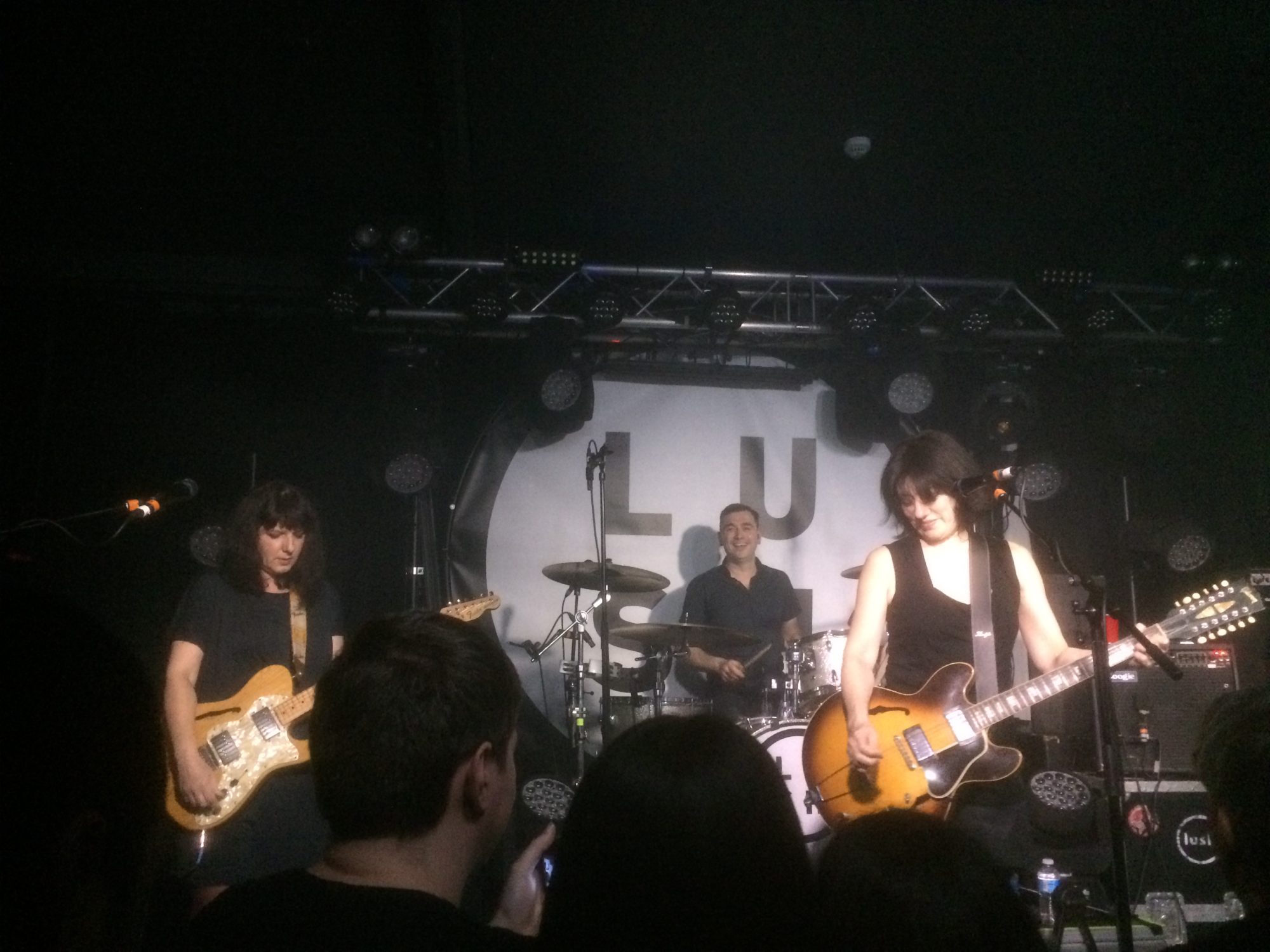 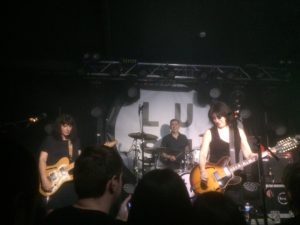 And with that and perfect set opener ‘De Luxe’ Lush rebirthed before our very eyes and ears and 20 years vanished in a whirlwind of singing strings.

Yet despite the vintage of 95% of the set this didn’t feel like nostalgia, this was a reborn band that feels like it has new things to say.

It was a cathartic experience for them and for us in the audience.

The songs of Emma Anderson and Miki Berenyi resonate all the more in maturity, sometimes painfully so. It was music for grown ups and they appear to be quite comfortable to be a 2016 version of Lush.

It was also great fun – Curve/Echobelly legend Debbie Smith did some priceless heckling at the front and I wished I could bottle the sheer happiness of this crowd, it’s hard to think of any band that would have such a wave of goodwill from fans who never thought they’d see this day come.

Miki’s 12 string guitars had all the lushness of Lush and Emma’s beautiful melodic lines reminded me of a very different but equally clear player, occasional touches of Hank Marvin no less.

Philip Kings bass was rock solid, his recent years with Jesus and The Mary Chain have made him an extremely assured performer and he constantly enriches and anchors the ethereal guitars, ‘Undertow’ as impressively dark as ever.

To Justin Welch fell the task of taking over the drum seat from the much missed Chris Acland. It was hard to believe this was his debut with Lush, Miki paid moving tribute to both him and his predecessor. One couldn’t imagine anyone doing better than Welch did in this role and it really felt like he is there now as a full band member, he is powerful and expressive and gives familiar material a brand new feel.

This was very much the Lush of ‘Scar’ and ‘Split’ with only 3 songs from ‘Spooky’ and only a typically spirited ‘Ladykillers’ from ‘Lovelife’ in a 20 song set. Unafraid of including the epic dreamy slow motion ‘Desire Lines’ and the heartrending meloncholic masterpiece ‘Monochrome’ they showed a real willingness to dig deep into their most emotional side. The new ‘Out Of Control’ fitted well into that mood too and is already sounding like a bonafide Lush classic

‘Sweetness And Light’ hit the loudest cheer from the crowd and was given a very intense reading, a psychedelic assault on the senses, music as a drug no less.

” I was shitting myself yesterday” quipped Berenyi but at Oslo Lush truly burst back into life. This was our Led Zeppelin at the O2 but with no Robert Plant walkout after.

Back?
No, from now on it’s like they never really went away..