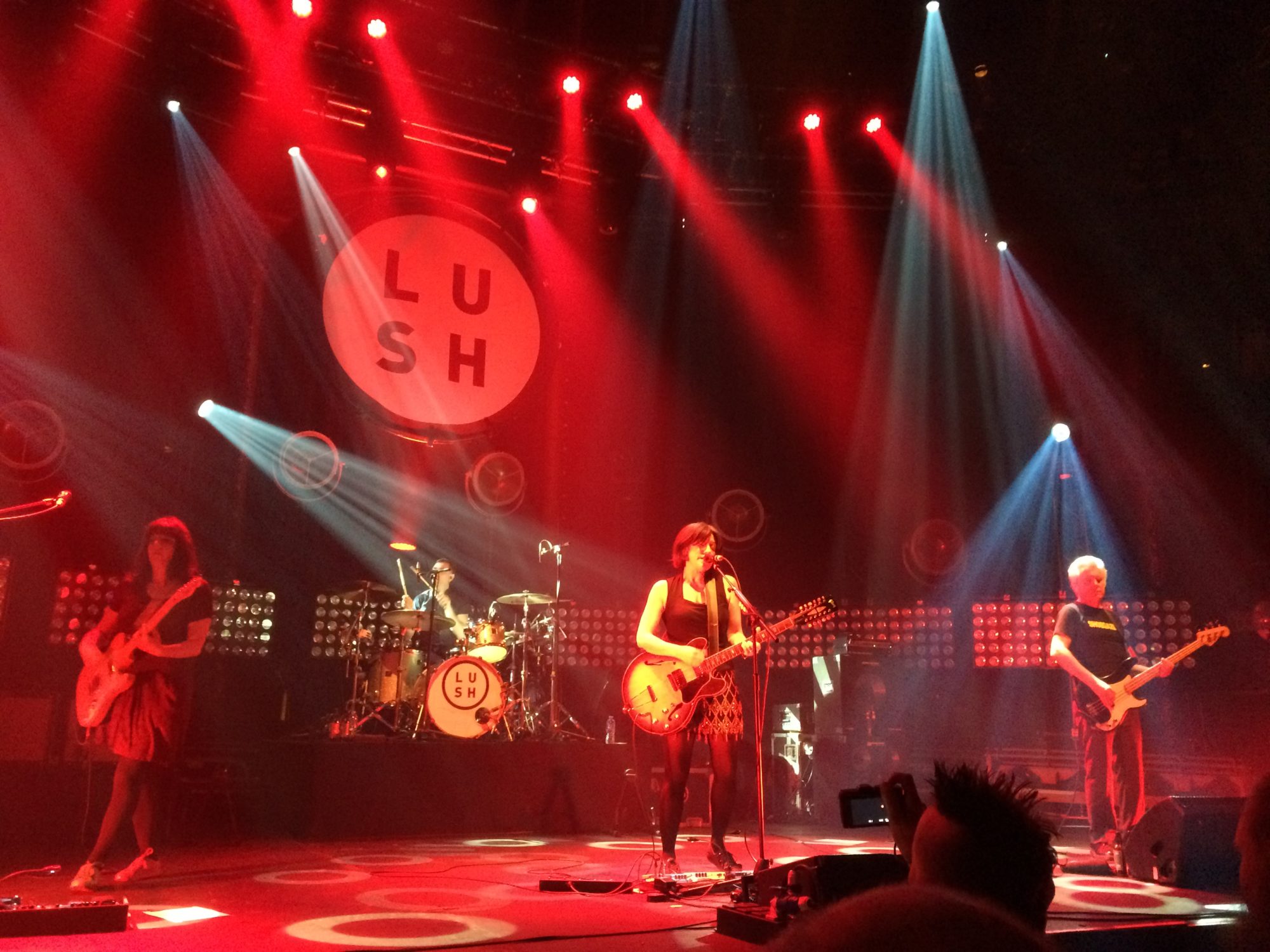 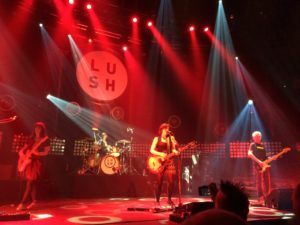 Before we get to the continuingly brilliant return of Lush their support acts give us some highly contrasting performances.

First night opener Pixx walks on wearing an art instilation type crown as if she is going to be an indie-lite nightmare but she turns out to have real power in her full bodied vocals and has some delicately evocative backing from her guitarist brother and a tasteful keyboardist. My inner rock snob later goes “Oh..” when I later find out that she is yet another product of the Brit School but even that is forgivable when someone is THIS good. She really is captivating and inspired and I certainly want to hear more from her.

On the second night Spectres could not be more different, uneager to please and offering a dose of severe aural punishment to the Lush audience. DF 118 at Leicester’s Princess Charkotte in 1993 are my ultimate pain benchmark and I know Swans, Sonic Youth, MBV and Motörhead have all had their moments too in this noisemare region. Spectres deserve respect for their sheer bloody mindedness but I found the last 15 minutes of their set ‘hard going’ as they say, but that is the way they want it to be, and hey, good on them for that.

Since their utterly wonderful intimate show at Oslo in Hackney Lush have been on an initially disastrous USA treck beset by Visa problems and cancellations. In typically Lush style they then rejiggled their schedule and snatched triumph out of it all. Everyone who comes expecting wonderment from them gets it, simple as.

The Roundhouse seems right, inside and out. Camden is pulsating, at times highly commercialised, sure, but there’s no denying it is a very happening place that gives these events a certain vibe.

Japanese, Americans, Australians, Swedes and Scots, you name it they came and gathered in what became Lush’s cathedral.

This band is loved in a way that most bands can only envy. This feeds them to an undeniable emotional impact. Their career began with mini-album ‘Scar’ and now they and us have got plenty of them for real. We all went through a hell of a Winter to get to this Spring.

They also have done normal non-music bizzy things, day jobs, partners and marriages, having kids. But they pick up those guitars and become Lush again, as vividly as ever.

We are made quite aware that their late drummer Chris Acland is with them every step of the way. Justin Welch has taken on his mantle with absolute passion, hitting a stunning peak on ‘Downer’. Lush got the right man for that drum chair, there’s zero doubt on that score.

He works in tandem with Philip Kings impeccably rich basslines, King is again THE person for his role, he knows where this music is meant to go and how to respond to the unique chordal qualities created by Miki Berenyi’s shimmering 12 string and Emma Anderson’s clear and precise anti-lead lead guitar.

Anderson is a modest musical visionary who understatedly keeps melodies and backing vocals flowing, so it therefore falls on Berenyi to be at Lush’s centre and it strikes me on these two nights that she is one of the true great front persons of all time, nothing but honest, able to make the audience laugh or cry, and yes, I do mean cry, people actually did, they were that moved.

She tells us how pissed she got after the first night and apologises for wearing the same outfit on the second, purchased from “from eBay”.

Still less than 10 shows old the reborn Lush are not another nostalgic cash in though their superlative evocation of their back catologue constantly hits breathtaking heights, from ‘Breeze’ to ‘Desire Lines’ they surpass all longterm fans could ever have hoped for, but also the heartrendingly beautiful ‘Out Of Control’ and it’s fellow songs on the new ‘Blind Spot’ EP point to a significant future.

A double helping of Lushness still leaves the devoted craving more.
This great comeback of all comebacks continues to March onward into an exciting tomorrow that fans always hoped they’d get to see – and now in 2016 it’s really happening.