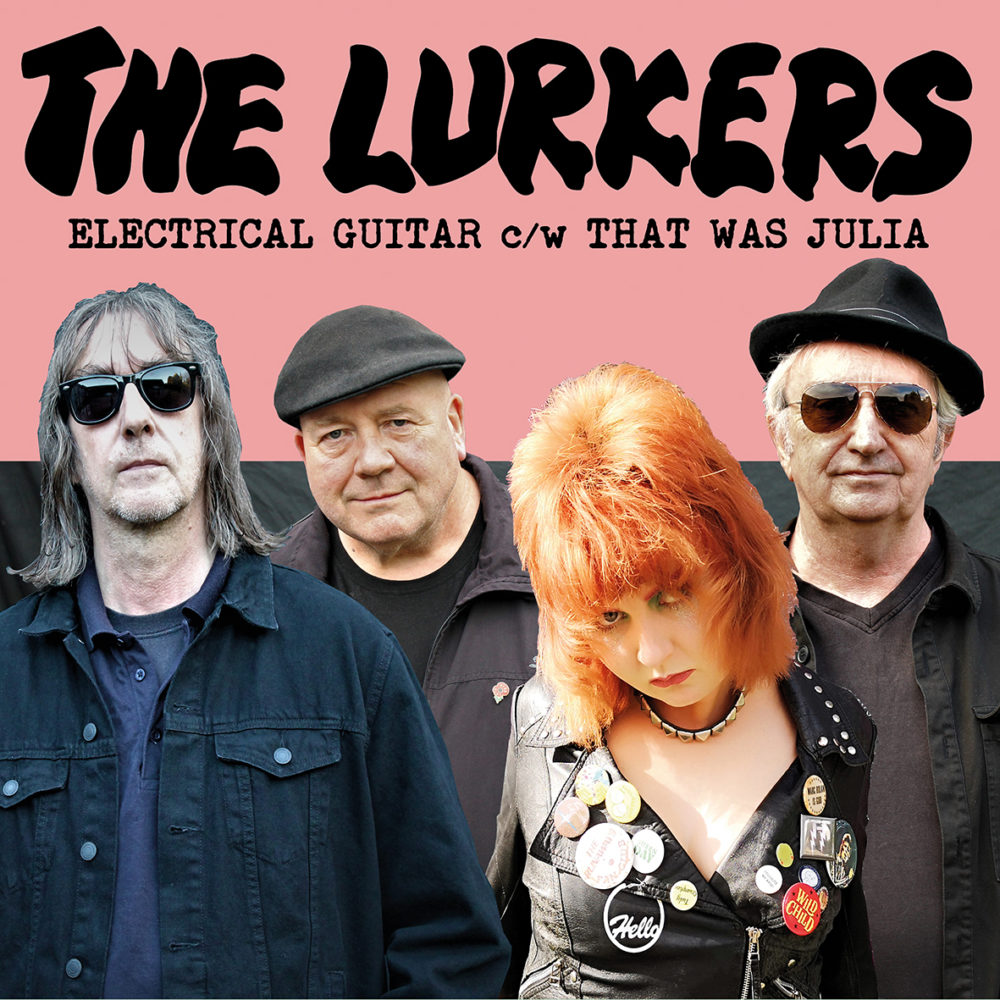 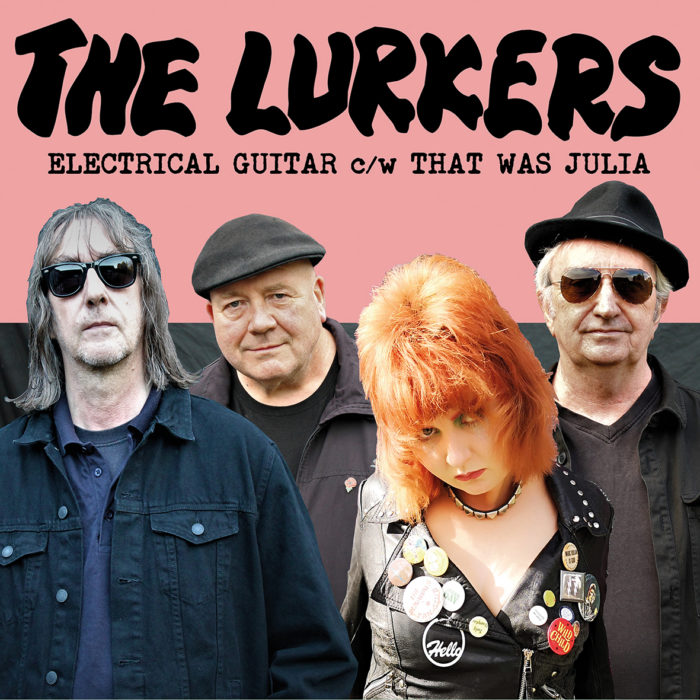 Available to pre-order now – Limited Edition of 750 Copies on 7″ Clear & Black Vinyl Only!

You know where you are / with electrical guitar…. play it loud!

As we reported previously in October 2017,  three originals from the Classic Line-Up of the Lurkers, Manic Esso , Pete Stride and Nigel Moore plus a guest co-vocalist Danie from The Featherz are recording again.  This is there second offering, another good old fashioned  7 inch single…. two songs in classic Lurkers mould.

Electrical Guitar is a less-is-more classic in praise of the simple joys of loud rock’n’roll with four-beats-in-the-bar.  The title reminds me of Catweazle and his misheard name for the power of ‘Electrickery’ and Lemmy referring to singles as ‘signals’.  On first listen you can’t help think of the time when the Lurkers were contemporaries of Buzzcocks, Sham 69 and X-Ray Spex: there are echoes of all three bands in the song somehow; but it’s still 100 %  ‘Chaos Brothers’

That Was Julia is another of those typical Lurkers songs about ‘girls with problems’ like the armed and dangerous Jenny and dream-girl recluse  (Oh Whatever Happened to) Mary from Fulham Fallout and Gods Lonely Men respectively.

The band still have no immediate plans to play live or tour due to Esso ‘s health but the single proves they are still alive and kicking and can still bash out a memorable tune as well as ever.

Because it’s a limited edition copies will fly out of the Damaged Goods Store – so pre-order now if you’re interested.

And yes, … Another version of the Lurkers also play live and record.