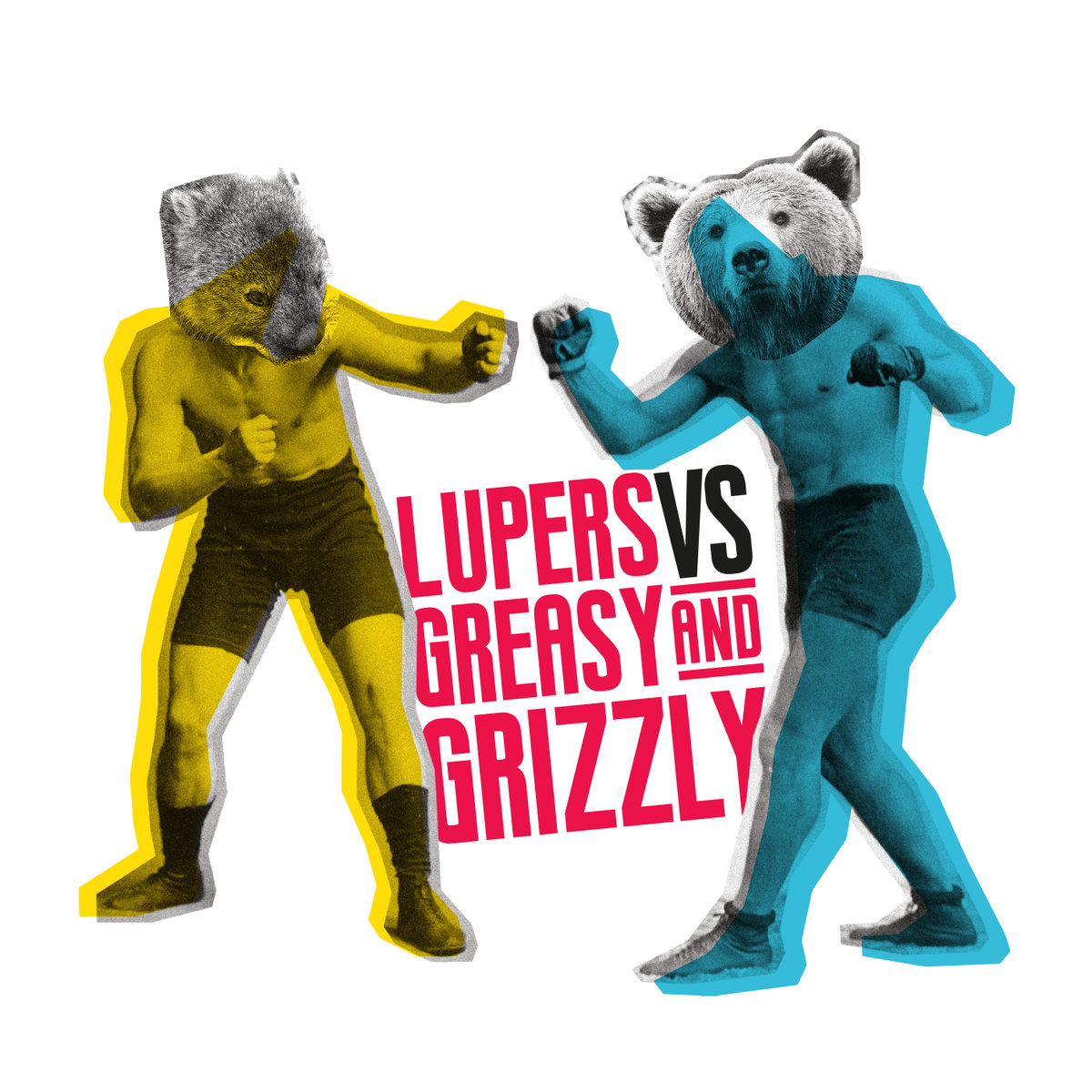 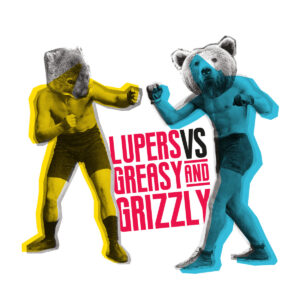 Spain’s FOLC Records see out the summer with a split LP of gonzo punk blues rock ‘n’ roll. Louder Than War’s Nathan Whittle checks it out.

Never ones to disappoint in the screaming fun stakes, Lupers rock through ten blasts of tongue in cheek rollicking punk rock. The four vocalists take turns yelping and spitting their self-defined Mongol rock, with shades of X-Ray Spex coming through in Van and Miguela’s lead vocals. They are backed up throughout by Bruno and Kiko, whose own lead songs take on a more aggressive tone, such as on one of the few songs that tackle today’s injustices, Verano En Paro (Summer On The Dole). When they take on the social shitstorm we’re living through, they direct it straight to the hearts and heads of the public, with titles like Tu Hijo No Come (Your Kid Doesn’t Eat) and Liberal. Since their last release, however, Lupers have taken a step back from their sarcastic social commentary to focus more on a combined effort of gonzo nonsensical punk. Nowhere is this clearer than on No Se Hablar Normal (I Don’t Know How To Speak Normally), which sounds like NOFX spinning drunkenly around the studio, and side closer, Vayaina (“Banana, Vagina” – not much mystery there!) The loss of a second guitarist has also served to make their sound more direct, with Pablo’s chugging distorted power chords and quick licks a constant throughout the ten songs, only four of which break the two-minute mark. Half way through their side they drop a glorious homage to Jay Reatard, reworking My Shadow into Casado (Married): hearts and influences firmly on their sleeves with no shame. With Lupers there’s no mystery. It’s fun and unabashed good time punk rock.

Over on the flip side, two-piece garage-blues combo Greasy and Grizzly kick off with Quiero Ser Negro (I Wanna Be Black), a stomping ode to the voices of the blues masters that they drag kicking and screaming from within and out from their mountain abode to the Spanish streets. Like an early White Stripes and the original garage rockers they emulated before the corporate machine glossed over their rough and ready edges, the duo peddle dirty, stripped back rock ‘n’ roll, but for long beer-soaked nights, a mission statement hammered home on the rollicking Dancing And Drinking, and album closer Calimocho, their live hit and testament to the greatest Spanish street drink (“The cheapest wine and the cheapest Coke make the best Calimocho”). Antonio (guitarist with Spain’s greatest party band, Los Chicos, and co-founder of FOLC Records) riffs and rides roughshod blues over partner Maria’s primitive pounding drums. Like Lupers before them, mid-side they drop a cover version. This time it’s a drunken battering of Little Richard’s Tutti Frutti. Also like their album-mates, they have no fear to laugh at themselves and keep the listener grinning ear-to-ear. No Me Gusta La Playa (I Don’t Like The Beach), sounding Fortune Teller ripped through a meat grinder, professes their hate for the beach, full of pretty kids, but your balls full of salt. A clear shot of self-deprecating wit wrapped up in their own style of battered rock ‘n’ roll.

In the battle of Lupers vs Greasy and Grizzly it’s impossible to say who’s won the bout, but they’ve both gone down in glory, laughing all the way from the bar to the streets and to the mountains.

Lupers vs Greasy and Grizzly is available on bandcamp