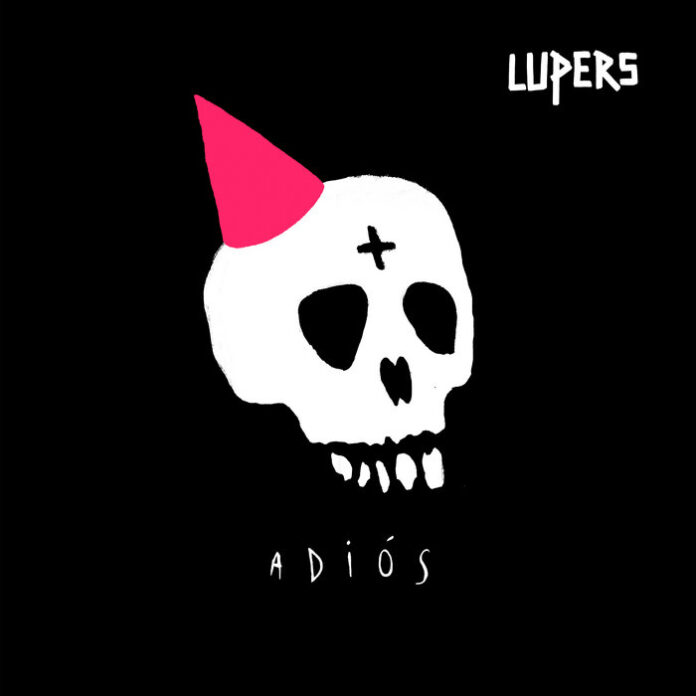 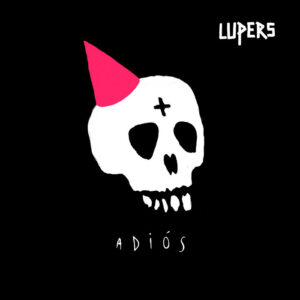 Spanish punks Lupers sign off with their final album, Adiós.

If sorry seems to be the hardest word, then goodbye runs a close second. And here we are, at the end of the road for one of the bands that have provided me with many great memories after upping sticks and moving to Spain. From Santander, Lupers are known for their chaotic gonzo-punk NOFX-style straight to the tongue-in-cheek point punk rock. And now they’ve decided to call it a day, signing off with one last album, aptly titled Adiós.

Recent single Tutú kicks things off, rocking a straight-up four-chord riot, great dropdowns to a running bassline as singers Van and Miguela, backed by the boys Bruno, Kiko, Pablo and Chuchi, scream out their lyrics. In true Lupers’ style, there are songs that are thrown out in a matter of seconds, like Ad Hoc, before they dive into a more Dead Kennedy’s drive on Flamencorra. Their songs have always straddled a line between sardonic social commentary with sharpened irony and poking fun at the banality of day to day life, much like their heroes Fat Mike and co. The natural studio touches, like the laughter at the beginning of Teleserie, add to the image of a band enjoying themselves right to the end. They started for shits and giggles, and they’re going out as they only can.

Indi Pop, featuring their regular producer Alex Pis on keys, is a great blast, the band trying their best, and of course taking the piss out of, indie-pop. The only problem is that they do it so well! It could’ve given them a second life. As things stand though, the band have a few more shows and then they’re bowing out, with other side projects already taking form. Pequeño Burgués, which starts the second side, spits sarcastic takedown at those who opt think that rebellion is opting out instead of standing up. Always a band to rework their heroes into their repertoire, Siesta is a great version of Black Flag’s Six Pack.

By the time we get to the end of the 14 tracks, the final two songs lay their future clear. The resounding punching air celebration of Somos Lupers (We Are Lupers) precedes the chaotic falling apart of El Final (Game Over). So long Lupers and thanks for the memories.

Adiós is available to download from the band’s Bandcamp page and the LP from Family Spree.