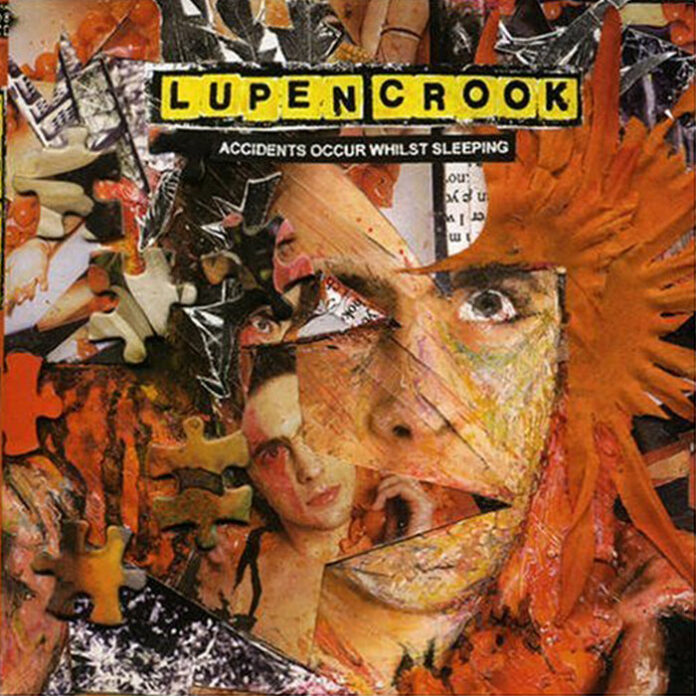 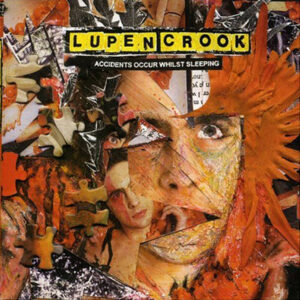 The summer of 2006 produced a great deal of debut albums which have gone on to be classics of their own genre, but some still lurk in the shadows, deserving of a never-quite-reached place in the sunlight. One such record is Lupen Crook’s Accidents Occur Whilst Sleeping, the notable omission of many a “greatest indie-folk albums” lists which may have had be otherwise nodding in agreement.

Of course, “indie folk” would be a terribly “false sense of security” label to put on any record by Lupen Crook, the moniker of multi-talented Matt Kilda (also a visual artist and one half of synth provocateurs Sex Cells.) The threatening tone of the title is something which runs rich through the whole album. Rivers of bone are described, murderous fantasies recounted; blood-spattered grasses in an an album with traditional leanings presented in a very new fashion. Think folk-horror is just a film genre? Medway-born Crook evokes it in musical form like nobody else. Regularly twisting the natural power of his vocals into something breakable across finger-picked guitar lines, Accidents Occur Whilst Sleeping feels at first as light and delicate as a warm Beltane breeze – but with something far darker at its heart. Opener 6+8 …The Reminder Of A Former Self lets that sense build and ends abruptly in under two minutes like a slammed barn door. That’s it, you’re in Crook’s world now, with the stirring, folksy strings of Here 2 B Friends evoking the oddest, dark, contrasting  images – snakes, the religiosity of washed feet, vibrators and killing someone in their sleep, all sung in a lullaby fashion. Love 80 then picks up the pace and keeps the dark imagery with lyrics about  “petals fresh from roadkill” (also the title of his earlier EP.) The grotesque and beautiful collide over and over, sometimes in a way that is utterly fantastical but also peppered with the personal.

The sparse nature of the likes of Matilda V, and the discomfiting closer Black Candles, which seems to yearn for lost fear, alongside the likes of Knives And Pliers powering along with pounding drums and hypnotic organ, and the hugely evocative The Great Fear stirring like a traditional festival chant.

For all its darkness, there is a deep traditionalism to “Accidents Occur Whilst Sleeping.” After all, the first folk songs were often used to break news of murder. Thus, in spite of the fact there is far too much twisted strangeness to sit comfortably with any would-be peers its still deeply timeless and deserves to have had at least a cult following in the time passed…the kind of cult that, no matter how disjointed and dark it all seems, it will always somehow be worth belonging to.

All words by Amy Britton. More can be found on her archive here