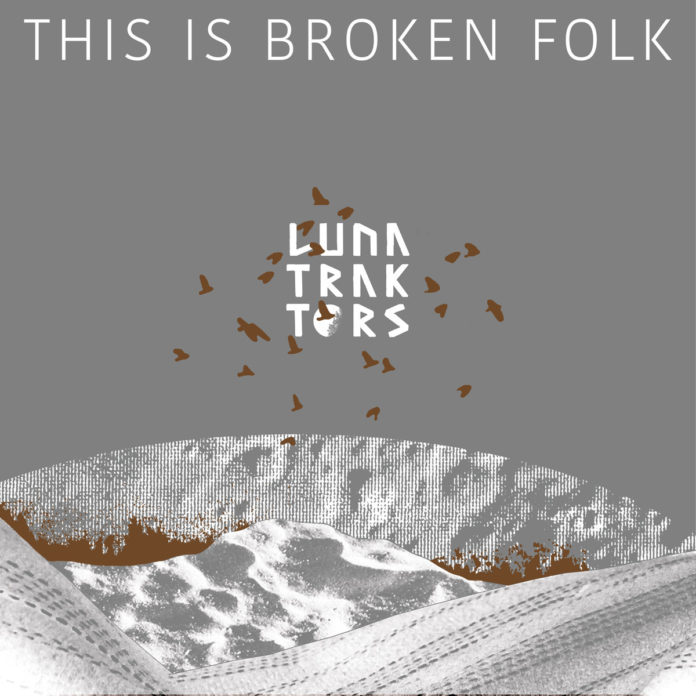 Their debut album, This Is Broken Folk, is out on 31st October. It’s a genre-twisting collection with a focus on traditional songs that are arranged with body percussion, tap dance and physical theatre. The term ‘stripped back’ doesn’t really do the music justice. Where songs in the folk tradition are constantly re-imagined, Lunataktors re-create.

The traditional Australian folk ballad, Jim Jones, has been sung by everyone from Dylan to Ewan MacColl to Martin Carthy. Clair and Carli give the song a dramatic and startling new interpretation, typical of what you’ll find Lunatraktors doing with traditional material.

Their album takes seven Irish, English And Australian traditional songs that cover betrayed lovers, deportation, political prisoners and betrayed lovers – all the best ingredients for folk songs. Added in is a translation of a Cossack war song and their own Turn Of The Plough that marks the Armistice centenary. It’s an album that combines the bizarre with the primal but never plays anything safe.

Get a flavour of This Is Broken Folk and buy Lunatraktors music here.