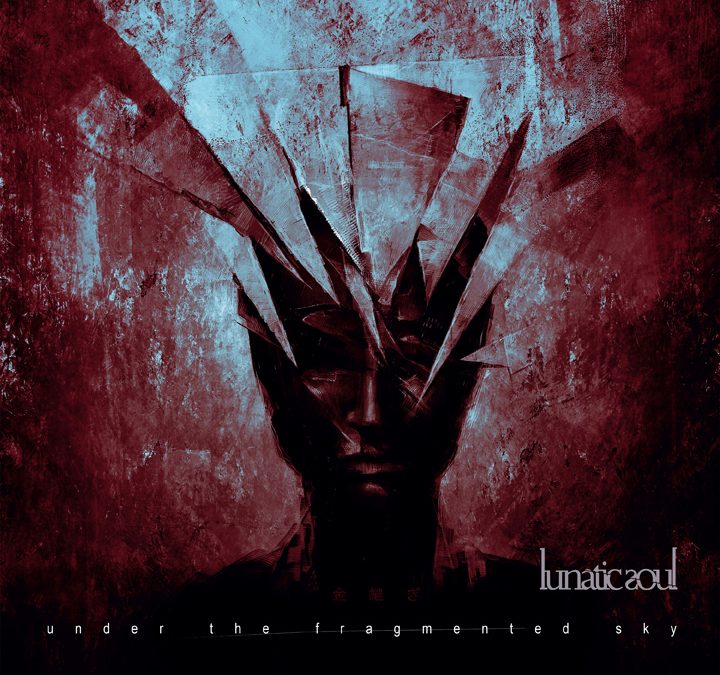 UNDER THE FRAGMENTED SKY

Following on rapidly from last year’s Fractured, Riverside’s Mariusz Duda marks the tenth anniversary of his Lunatic Soul project with another outpouring.

A record that can be seen very much as a partner album to Fractured although the rather downbeat and pessimistic nature of that album gets a polish and rebuild on the new music, itself inspired by the epic A Thousand Shards Of Heaven on Fractured. Tthe natural evolution into a set of new compositions results in an album based on subtle electronic atmospheres and once again, vocal contributions are kept to a minimum. An album Mariusz has called “closer to the mood of the earlier Lunatic Soul albums” it retains a musically dark moodiness that seems to be the underlying thread to all the LS work.

The mystically titled he av en drifts in on an underlying pulse that recalls the Fairlight sounds of Peter Gabriel’s tribal Rhythm Of The Heat, accompanied by a repetitive haunting wordless vocal that sets the scene for an entrancing journey continued by the stark electronic meandering Trials. An opening flurry that suggests a very Euro synth dominance – touching on the sort of palette that informs the work of Tangerine Dream and Kraftwerk – as the brainwashing mantra “try so hard” plays on loop before an increasingly sombre mood rolls in like the chill of an ominously dense fog.

The subdued mood continues in the rolling sorrow and haunting pipes that carry the title track; the piano based piece forming a disguised elegy which with Untamed which concludes the album, appear more akin to his work with Riverside, maybe an indication of the direction he’ll take on their upcoming work. The latter also seems to act as a confessional as he sings of the war over and winning the fight, a sense of emerging on the other side, not necessarily unscathed but readied for new challenges.

Shadows does what it says on the tin – a deep, deep rumbling as a tune struggles to escape from the depths and together with Rinsing The Night a paring that form a prelude to the centrepiece and low key major piece of the album. The Art Of Repairing at almost eight minutes seems no more than electronic noodling soon becomes an snaking and intense pulse that flows trancelike as a cleansing takes hold.

It’s been an absorbing and revealing couple of releases from Lunatic Soul, preparing the ground for the continuation of Riverside.

You can listen to Untamed from the from the album here: