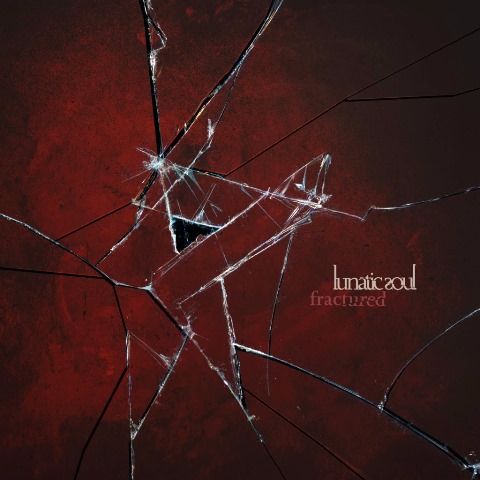 Lunatic Soul is Mariusz Duda. Best known for the part he plays in Polish progressive groundbreakers Riverside. His fifth  album in this guise is different…yet familiar.

Duda has  talked about Fractured as the most original album he’s made and the most accessible of the five LS albums – the fact that there’s even a back catalogue may surprise some. It’s one of those underground projects that has continued  to fly below the radar and build slowly, until suddenly, Fractured threatens to be the one that opens the door.

Inspiration, if that’s the right word, comes from  two deaths in his close circle:  one his close musical companion, Riverside guitarist  Piotr Grudzinski, shortly followed by that of his father. Enough to challenge the resolve of  even the strongest of souls. A musical outpouring results in his catharsis,  no surprise that it takes up on  themes of returning from a personal tragedy.

Although touted as something that provides enough of a departure from the main job to maintain the interest, the apple doesn’t seem to fall that far from the tree, especially after an encounter with Riverside’s last effort that gathered together more of their ambient soundscapes in Eye Of The Soundscape. Where Lunatic Soul has previously been something that has challenged, Fractured returns via a more recognisable and accessible path.

Easy to become entranced and hypnotised by  Blood On The Telescope, as the focus on rhythms and electronics becomes apparent. Maybe the musical embodiment of his notion of “thinking mainly in red.”  A starkness becomes established as snatches and snippets of lyrical phrases begin to  stick in the mind as an eerie confessional. Fractured might on the one hand be comforting but never a listen that seems comfortable. There’s a feel of constant presence of the  element of tension, balancing on the verge of some sort of frantic release.

Duda also works the Polish Sinfonietta Consonus Orchestra onto two tracks – Crumbling Teeth And The Owl Eyes and the epic twelve minutes of A Thousand Shards Of Heaven. The former perhaps the more successful of the two, garnering the full effect of sweeping strings  and then the chance to read into the title what you will. The latter promises to be the most personal with the orchestra bringing a depth of emotion that the electronic direction struggles to offer, although a less focused middle section lessens the impact.

Suitably rounding off  with the declaration of Moving On, it offers a postscript of  optimism that Mariusz Duda has found in Fractured, the vehicle  for redemption through which to channel a fitting deliverance.

You can listen to the title track  from the album here:

You can find the official Lunatic Soul website here