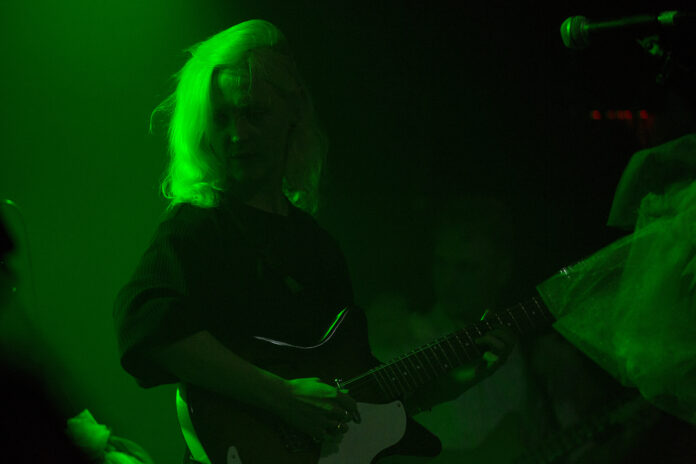 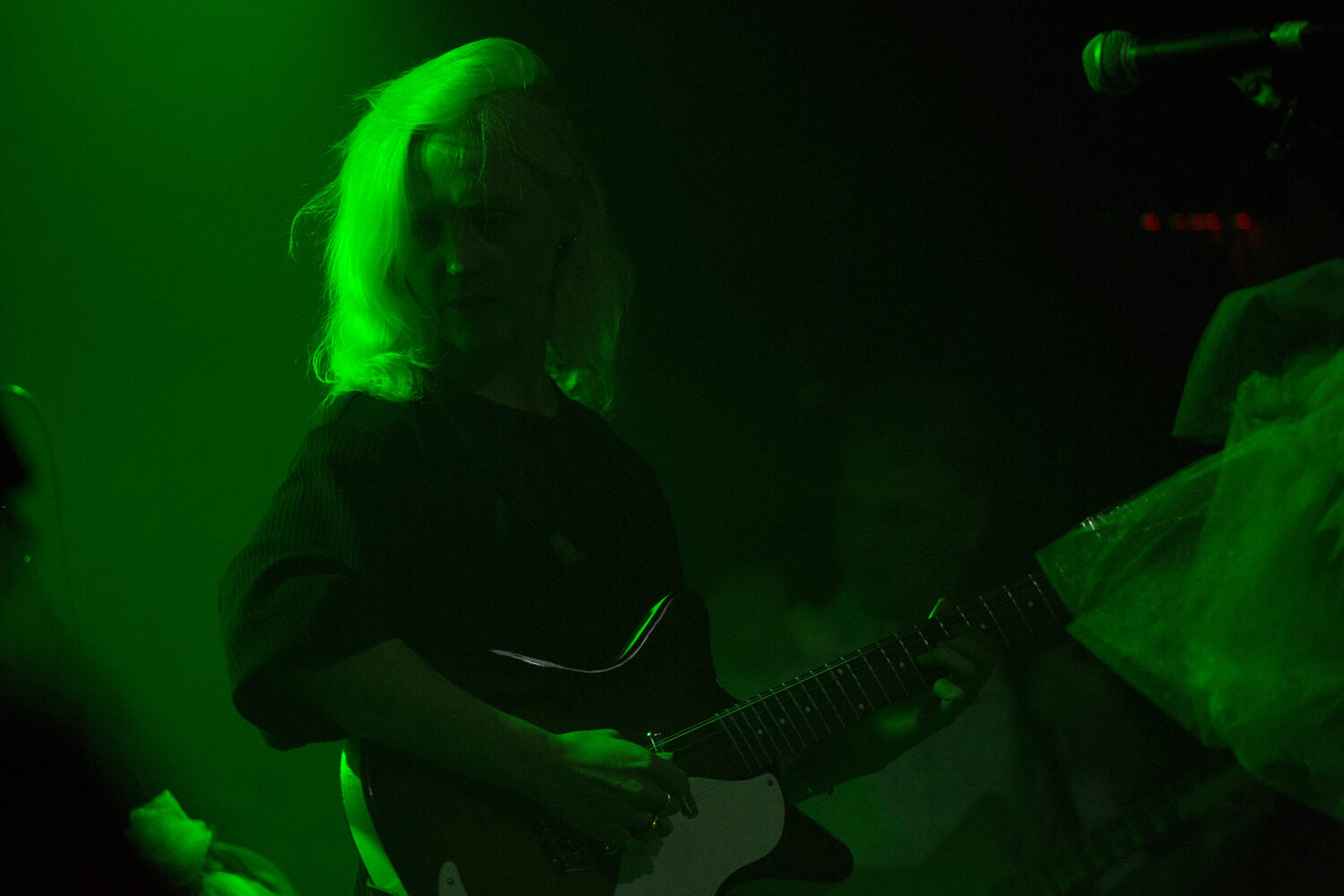 Following the release of their new album Animal, LUMP bring their signature brand of weirdness to the Trinity Centre. Elliott Simpson reviews, with photography by Michael Brumby.

Given Laura Marling’s reputation as one of the UK’s best modern folk singers – demonstrated by last year’s Mercury Prize-nominated A Song for Our Daughter – it felt like a bit of a left turn when she formed LUMP with Tuung’s Mike Lindsay. The band’s unique folktronica sound has acted as the perfect outlet for its members to flex their musical muscles in new and weirder ways. Still, it’s always been difficult to imagine how they might translate the sounds on their albums to the stage.

Yet with their show at the Trinity Centre, they mostly succeeded in doing it. Touring behind their new album Animal – which sees the band lean in a poppier direction – their live show manages to adapt the project’s strangeness to a new environment. Lindsay and Marling are accompanied by a drummer and a bassist on stage, causing LUMP to almost feel like an actual band. Still, they manage to maintain a little bit of mystique with their colourful outfits and muted lighting. 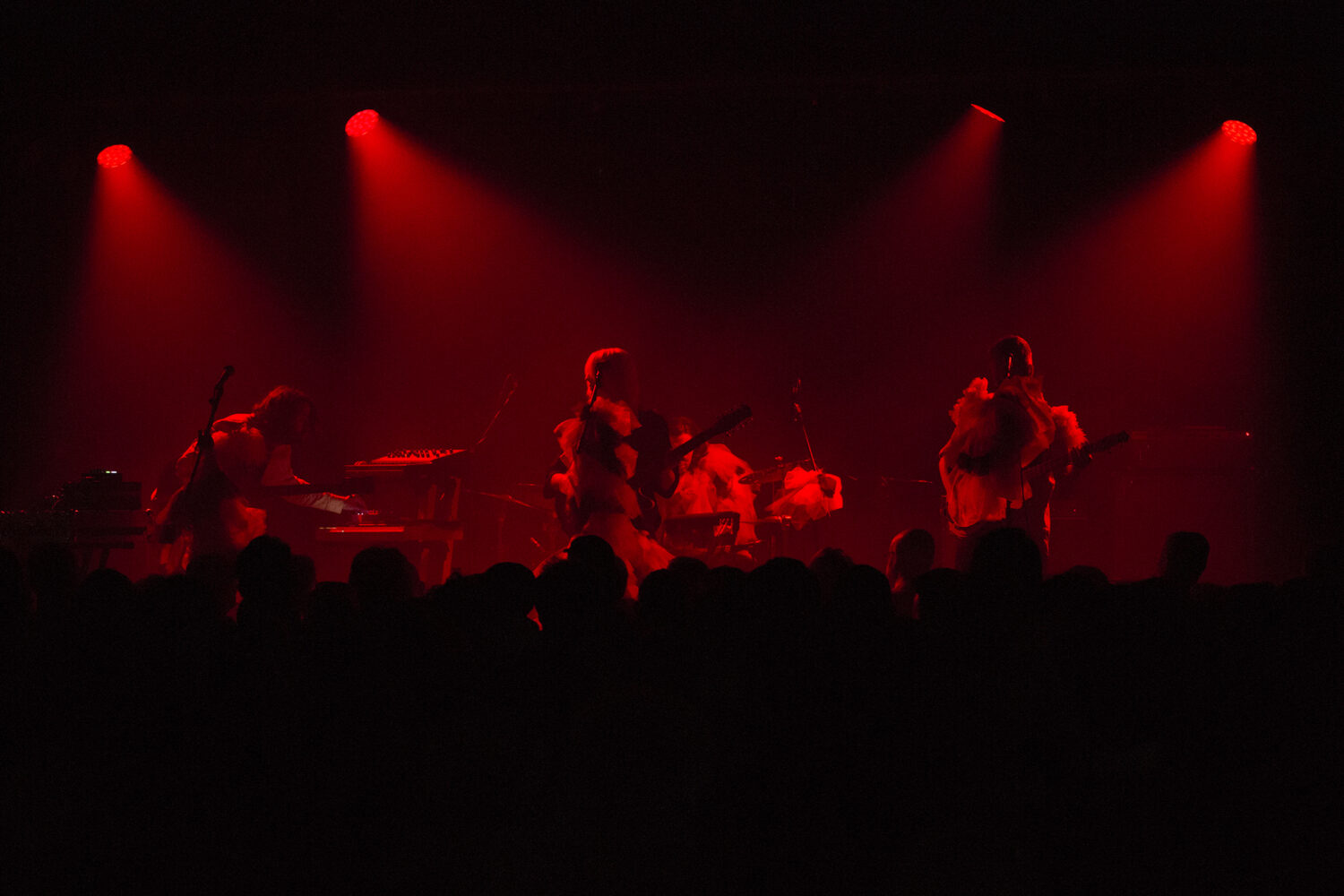 As you’d expect, the band mostly play material from their new album, which thankfully is full of heavy hitters. Animal’s title track is a show stand out, with its crunchy groove and Sci-Fi keyboard beeps and bloops. The song also features a gorgeous breakdown in the middle, where all the instruments fall away to leave just Marling’s voice, which soars through the venue. Similarly impressive is Climb Every Wall, which marches to a steady drumbeat, growing in size as the song moves along. 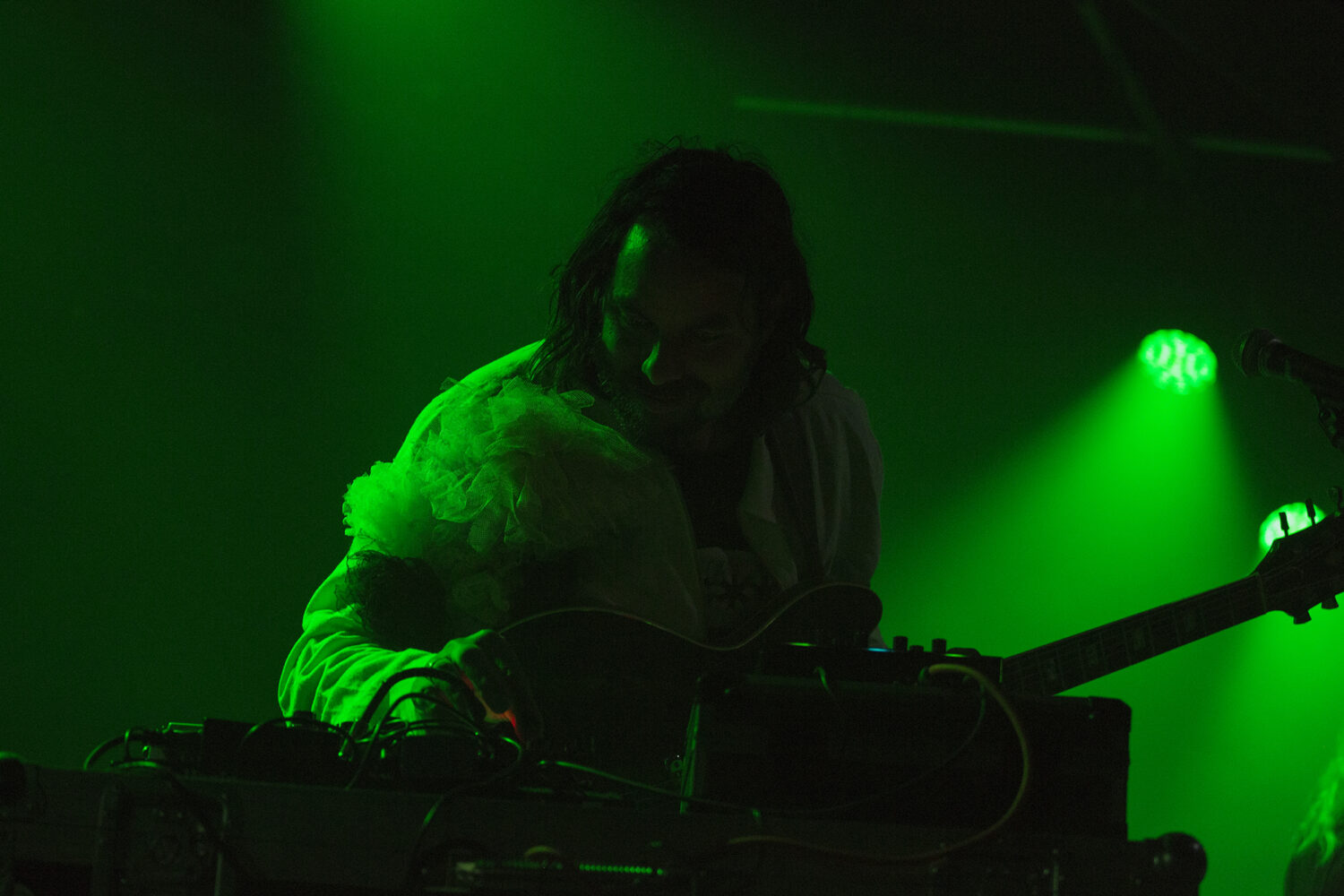 As mentioned, the band’s presence on stage is generally understated. Laura Marling stands serenely in the centre, always armed with her guitar. She always feels slightly distant and alien – never speaking to the audience – which, I suppose, is fitting, given the nature of LUMP’s music. On the other hand, Mike Lindsey jumps about throughout every song, chaotically dividing his time between his guitar and two sets of keyboards.

The band also find room to play some songs from their first album, including the fantastic Curse of the Contemporary. When the song’s opening riff kicks in, it generates some audible whoops from the crowd. It’s a song that captures the appeal of LUMP perfectly – combining catchy melodies with an indefinable off-kilterness. The band do a great job of taking these older songs and mangling and repurposing them. The muted Shake Your Shelter is reinvented with a more explosive ending, which gives everyone a chance to really let loose. 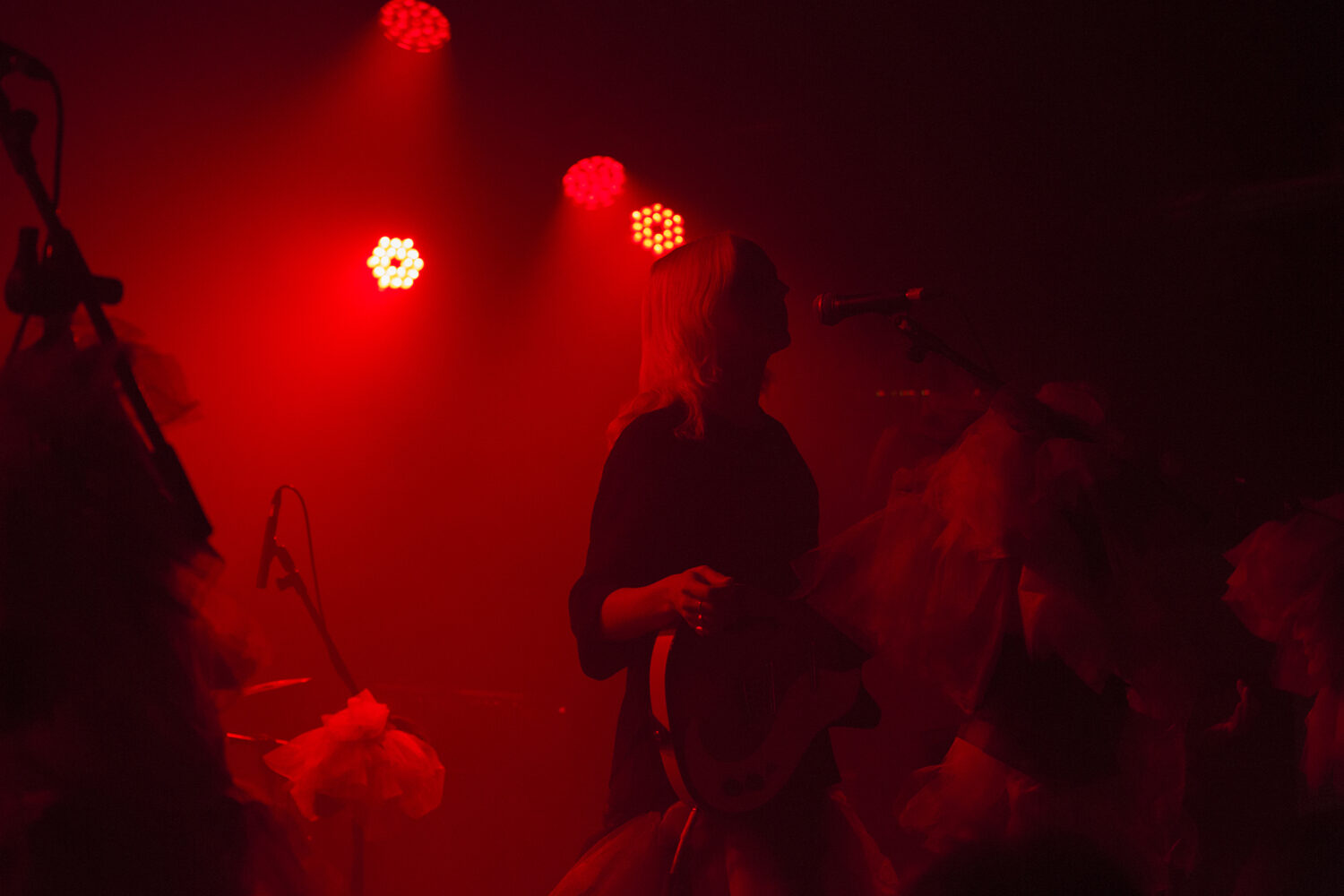 Finally, the band close things out with Phantom Limb. After the chaos of Shake Your Shelter, it feels like a bit of a serene comedown, giving the band the opportunity to slowly drift out. One by one, the members slowly leave the stage, while Mike Lindsay sets a loop of Laura Marling’s voice saying, “LUMP is product.” That may be true, but it’s hard to think of another product quite like it.