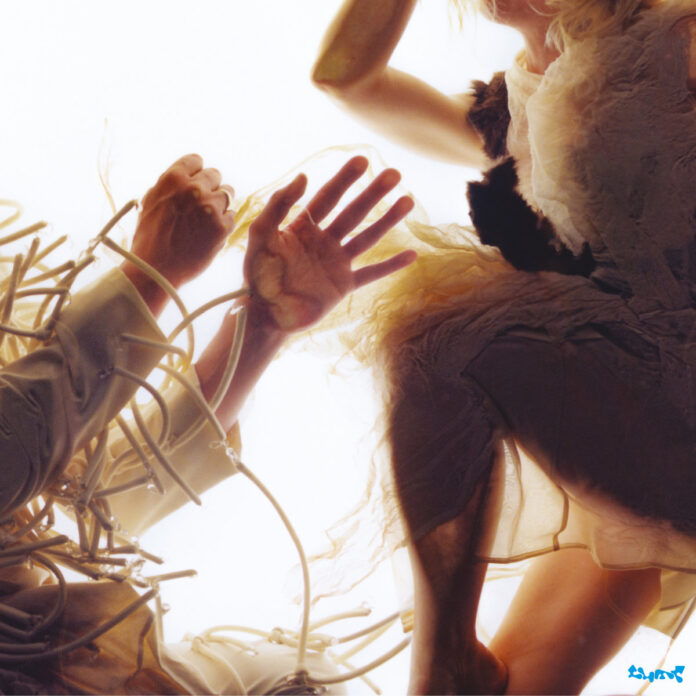 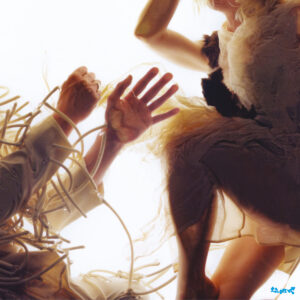 Laura Marling and Mike Lindsay are howling at the moon with Animal, their second collaborative album as Lump. Andy Brown gives the album a listen and finds so much more than a ‘side project’. He shares his thoughts for Louder Than War.

Here’s the unlikely tale of how psychoanalysis, dreams, a coastal town and a pitch-shifter used on David Bowie’s iconic Low LP would come together to create the second album by spontaneous art-pop duo, Lump. Singer-songwriter Laura Marling and Tunng vocalist/ guitarist Mike Lindsay never intended to produce a follow-up to their 2018 debut, yet it’s arguably this ‘no pressure’ approach that has led to such a wonderfully organic LP.

If I’m not very much mistaken, the first sound you hear on Animal is Lindsay’s beloved H949 Harmoniser, a descendant of the trailblazing H910 Harmoniser employed by Bowie and Eno on 77’s ground-breaking Low LP. If all that sounds a little too much like technical jargon, just give the lush Bloom At Night a listen. From its gently hypnotic starting point, the track bubbles and blossoms into something quietly thrilling. “Those who find themselves acclaimed/ Go to God to get renamed,” sings Marling before adding, “It took one god seven days to go insane.”

As a project, Lump gives both artists the freedom to explore. Some great music is born of friction and focus, but Lump is a project that thrives on harmony and spontaneity. Marling was busy working on her latest solo album at the same time and the two are entirely different animals. While the gorgeous Song For Our Daughter was driven by a specific and well-rendered narrative, the songs here feel far more impulsive. Inspired by her studies in psychoanalysis (Marling is working on a Masters), the cryptic lyrics add an extra layer of intrigue.

There’s a warm, organic quality to the recordings that makes the whole album feel inviting. Animal wraps you in a sonic cocoon, with a brilliantly strange undercurrent ensuring we’re never too relaxed. There’s something satisfyingly indefinable at its core. Inexplicably, Climb Every Wall manages to invoke both Fleetwood Mac and Gorky’s Zygotic Mynci. Or have I just lost the plot? The title-track, on the other hand, finds the sweet spot between an endearing yet faintly sinister delivery. “Dance, dance/ This is your last chance/ To break a glass heart,” sings Marling over a glitchy and driving folktronica backing.

The shift between the dreamy, otherworldly songs and the album’s more overtly catchy moments feels seamless. The momentum is never lost over the course of the ten tracks. Animal is an album with a great natural rhythm, partly inspired by Lindsay’s move to Margate and the rhythm of the waves. The hypnotic, music-box instrumental Hair On The Pillow and the ghostly Oberon sit either side of the album’s most undeniably catchy and life-affirming track. We Cannot Resist is just a really wonderful and unashamedly joyous pop song. Honestly, if it isn’t bouncing around your noggin for weeks afterwards, I’ll be worried about you.

Phantom Limb is a witty, serene and gorgeously wonky closer. The track’s wave-like rhythm is momentarily interrupted by something that sounds like a fragmented, half-remembered version of The Who’s Baba O’Riley. It ends with Marling reading the album’s liner notes aloud. Just so you’re not getting too comfortable. Animal is an instinctively playful and curious beast, nuzzling its way through a variety of styles with a genuine sense of fun and adventure. A clever, wild and overwhelmingly adorable animal that thrives on the sheer joy of making music.