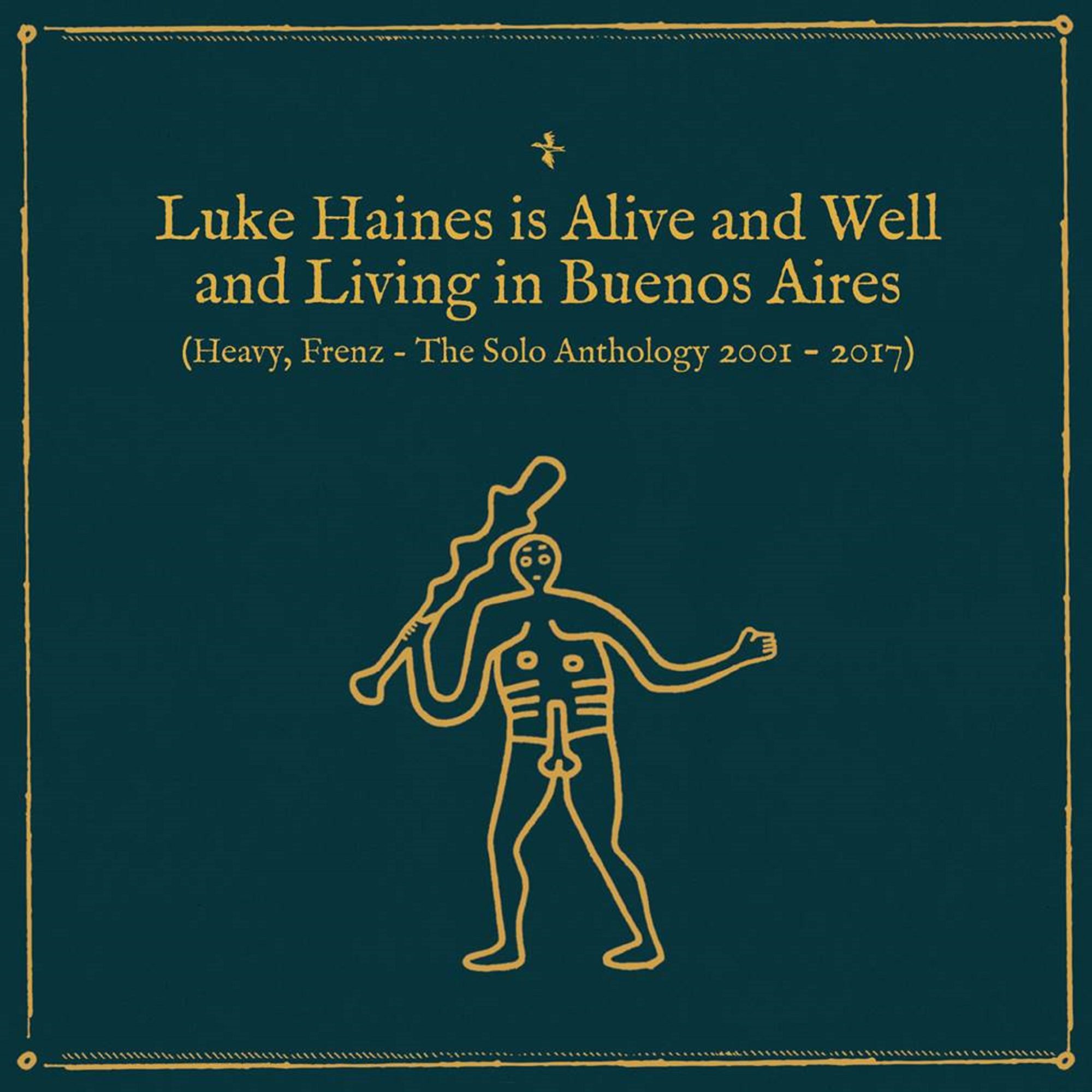 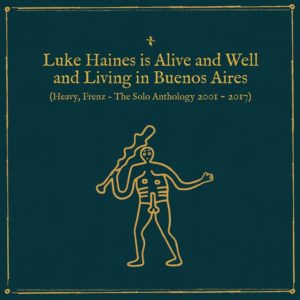 Is Alive and Well and Living in Buenos Aires

Having released nine LP’s since 2005’s “Luke Haines Is Dead” (is it worth pointing out the pun ?) meant that a new compilation focusing entirely on the former Auteurs’s frontman solo years was a perfect valid idea. Aiming to satisfy both newcomers and hardcore fan, we proceed through the Haines oeuvre in chronological manner.

With three albums released in the space of one year in 2001 (the third being “The Facts Of Life” by Black Box Recorder), the feeling is that of a man liberated of the constraints imposed on him by his former outfit. Commissioned to write a soundtrack to a film adaptation of BS Johnson’s “Christie Malry’s Own Double-Entry”, Haines revisits songs that he wrote in the dying days of The Auteurs. Included here are “Discomania” (based on the true story of “The Silent Twins”, June and Jennifer Gibbons),”How To Hate The Working Classes”, “England, Scotland and Wales” but not his fabulous take on Nick Lowe’s “I Love The Sound Of Breaking Class”. Making full use of the fact that record labels were still throwing money around in the early 2000’s, Haines then recorded “The Oliver Twist Manifesto” which he described in his 2009 memoir “Post Everything” as a cod hip-hop concept album with recorders and a children’s choir”. Even a call for a national pop-strike by Haines’s on its release day failed to give the record a push but it remains one of his most daring records. 2003 saw Haines end his ten year association with Hut Records in style with an album of orchestral re-recordings of early Auteurs material with some new material all included here (“The Mitford Sisters”, “Satan Wants Me”, “Bugger Bognor”). We then enter what Haines calls his lost period with tracks from the Off My Rocker At The Art School Bop LP, the album was recorded originally as a back-up plan when Haines felt that the musical he was working on for the National Theatre was going to be canned. It remains one the high points of his discography managing to combine well crafted lyrics, melodic songwriting and humour. “Leeds United” encapsulates early seventies in Yorkshire in less than four minutes while “Bad Reputation” uses Gary Glitter and The Glitter Band as a starting point to criticise celebrity culture.

Following the rather tumultuous release of  “Off My Rocker At The Art School Bop”, Haines took some time off music to pen “Bad Vibes”, a move that he says “allowed me to get my groove – Back. The. Fuck. On. Big. Time” in the liner notes. “21st Century Man” released in 2009 was an excellent LP of songs much in the same mould as its predecessor. Again Haine’s wit shines through (“English Southern Man”) and he uses historical figures to introduces to his ruminations on life in general (“Klaus Kinski”, “Klaus Kinski”). The album was originally coupled on its first edition with a concept piece titled “Achtung Mutha” of which the excellent “Fag Break” is included here. With the next album 9 1/2 Psychedelic Medidations On British Wrestling Of The 1970s & Early 80’s, Haines moves into his concept album period or what he describes in the liner notes as his “Unprofessional Rock’N’Roll period” (still ongoing). The wrestling album sees Haines pursue his muse. Production is scaled back compared to his previous solo outings but it only adds to the record’s appeal. It contains its fair share of masterpieces, all represented here (“Gorgeous George”, “Haystack’s in Heaven 1-3”).

We then move to side project “The North Sea Scrolls”, an alternative history of Britain that sees Haines collaborate with Irish songwriter Cathal Coughlan and journalist Andrew Mueller, three tunes are included here, including “Enoch Powell – Space Poet”, probably one of his best set of lyrics. His next effort “Rock’N’Roll Animals” has more of a story thread running through it as it follows three animal characters (Gene Vincent the cat, Nick Lowe the badger and Jimmy Pursey the fox) in Surrey. As with most of Haines’s work its highly melodic (“Hersham to Heaven”) and obsessive (the righteous, not righteous routine of “Rock’N’Roll Animals in Space”). Closing off the trilogy of concept albums is “New York In The 70’s”, featuring Haines’s love letter to the Velvet Underground singer “Lou Reed, Lou Reed” and the excellent “Alan Vega Says”. The production is more synthetic than the two previous LP’s with the acoustic guitars almost absent which in some ways paves the way for “British Nuclear Bunkers”, described by Haines  as his “wordless divorce album”. It is a totally uncompromising piece of work that sees Haines completely stray from the song format and compose instrumentals on analog synths. In between these two concept albums, Haines found the time to record a micro opera in collaboration with Scott King titled “Adventures In Dementia” represented here by its first and last tracks (“Caravan Man”, “Adventures In Dementia”). And last but not the least are five tracks from Haines’s most recent album “Smash The System”, his first album with no conceptual thread since 2009 featuring the uber catchy “Smash The System”. Sonically the LP seems to collect together all the influences from all his previous efforts.

The last CD cheekily titled “Boners Disc: Hard On For Haines, Rarities & Unreleased” contains some very interesting material including tracks from Haines’s long lost musical “Property”. For a thorough account of Haines’s experience in the cut throat world of the theatre, please check his book Post Everything, it is a hoot. Those tracks were recorded round 2003-2004 so if you like the “Off My Rocker” album, you’ll like them to. All five tracks are excellent and we even get a guest appearance by Sarah Nixey on “Bomber Harris”. An early demo from Haines’s (in his words) “first half decent song” “Black Sun” recorded in the late seventies rubs shoulders with a couple of tracks recorded for the Marc Riley Show in 2009. Two excellent B-Sides from the “Rock’N’Roll Animals” era (“Natural Mystic Furry Freaks”, “John Barleycorn Must Die”) would have deserved to be included on the album. The rarities sections closes off on the wistful “Rave”.