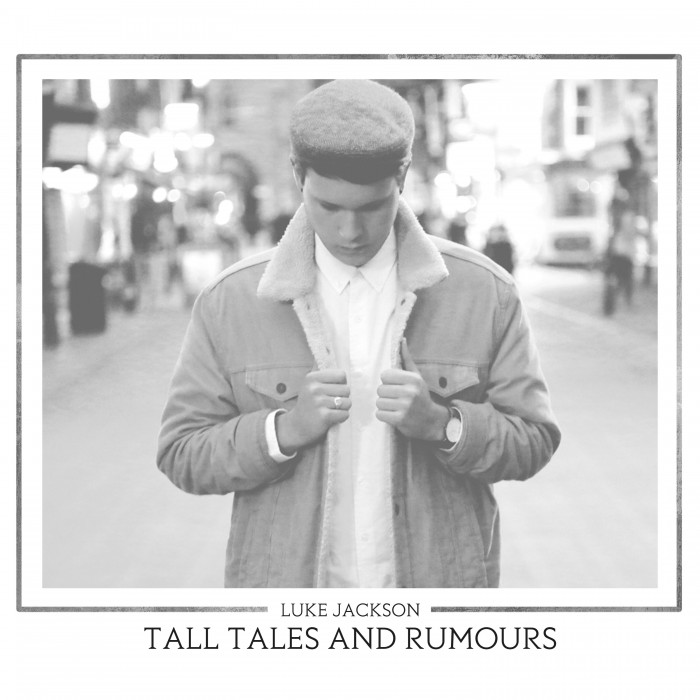 Remarkably the fourth album (some nitpickers might argue 3 plus an extended EP) from a young man who at 22 is amassing a legacy which could well be one that in twenty years or more will be held up and evaluated as a classic body of work. Watching it evolve means these are exciting times for Luke Jackson.

Louder Than War has followed the Jackson journey and progress with a keen eye. 2014’s sophomore album ‘Fumes & Faith (reviewed here) a mature style and a deeper darker journey into the rich blues soul of songwriting and performance. The movement  into forming his own  trio with Andy Sharps and Connor Downs  to record  ‘This Family Tree’ (review here)  revealed an ambition to strive beyond the singer / songwriter from  and one which has seen him become startlingly busy over the last eighteen months. Playing here, there and everywhere, heading into Europe, playing solo and as the trio and also an association with Ed Sheeran collaborator Amy Wadge in a series of acclaimed shows.  Late 2016 sees him with miles of road and a fistful of gigs under his belt together with a collection of songs which have formed and  taken shape on that journey.

‘Tall Tales & Rumours’ presents a dozen which he feels are the ones which are realised and ready to show where he stands right now and a set he’s called “my most complete album yet.”

Once again, the Sharps and Downs rhythm section find themselves deployed to add a new depth and sonic layer to the songs. Yet it’s his standing  as a hypnotic live performer he casts his spell from the opening seconds,  playing an ace with the acapella ‘The Man  That Never Was’ – taking a leaf from the delta bluesmen with a hauntingly soulful delivery before the trio kick in and pick up where ‘This Family Tree’ left off with some driving acoustic blues.  They swing and roll too and do a great little rock beat on ‘Anything But Fate’    where  Andy Sharps even jazzes things up with a bit of funk bass.

‘Finding Home’ may be familiar to those who’ve been to a gig over the last twelve months. One which features Amy Wadge on harmonies, it reflects the restlessly transient lifestyle of the touring musician, one with which he has an increasingly  familiar empathy and one which will inform his future life path. A journey which also informs album closer ‘On The Road’ – another road tested song, yet it’s the penultimate ‘That’s All Folks’ which captures a critical moment in time. Recorded in a single take; bold, bleak and emotionally chilling, a hold your breath number. The cheeriness of the title belying the subject matter, it sounds unaccompanied but barely audible and discreet guitar notes float in before catching the breeze and disappearing. Amongst a set of familiar songs from the live set and the ones new to the ear, this is ‘the one’ which strikes a slightly uncomfortable chord.

It’s an  album of songs which reflect the changing lifestyle of a young man whose travels are reflected in his music. He’s dug deep – singing “my mind, body and soul is on the road”, one which seems destined to be a lengthy and enlightening journey.

You can watch a live performance of ‘Aunt Sally’ from the album and shot at Downend folk Club in March 2016 here:

You can find Luke Jackson  on the interwebs here: