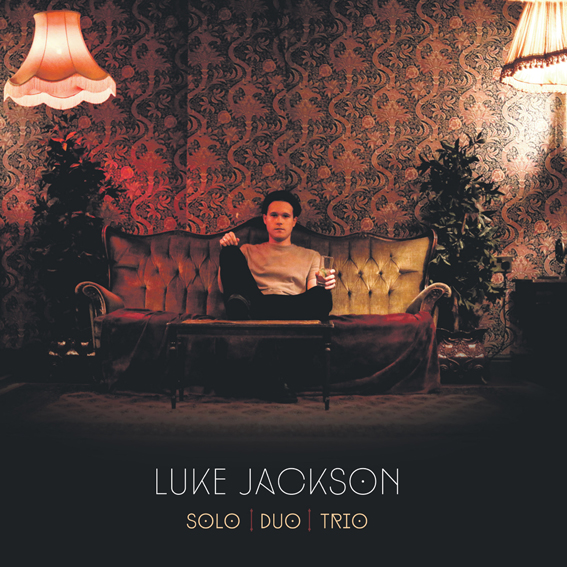 A perfectly timed live album that shows  all the faces of Luke Jackson in one go.

You can pretty much follow Luke Jackson’s career path here at Louder Than War. We have a soft spot for his second  album Fumes & Faith from 2014  (reviewed here) which showed a remarkably mature style with a deeper darker exploration into a rich blues and  soul based songwriting style.

The inevitable Dylan-like shift into a band format with  Andy Sharps and Connor Downs  resulted in   ‘This Family Tree’ (review here)  while his ongoing association with Ed Sheeran collaborator Amy Wadge  is now celebrated in what are becoming  his regular way to start his touring year. While we still await the results of a recorded collaboration maybe a live album from the gigs would suffice? And while we’re on the subject, 2016’s Tall Tales & Rumours (yes – we reviewed it at Louder – find it here) brought us to a point where the  catalogue that’s now rounded off nicely with his own live album.

Not just the usual contractual obligation album as often live sets tend(ed) to be. There are enough clues in the title to suggest that it’s one where he’s been canny enough to offer something more than just some songs from a concert tour to create a pocket filling product while the next steps get mapped out. This is a much more conscious effort to offer a real career resume on a disc – a fiendishly difficult task in itself – that plots the short yet rapid progress from long fringed teenager to finely tuned songwriter and song interpreter.

And although Bramley’s Cocktail Bar doesn’t quite have the ring of a Live At Budokan or Shea Stadium to it, it proved the place to capture the magic of Luke Jackson wearing his several hats. Ducking and diving through 15 tracks including three recorded for the first time, the evening slowly evolves from a solo opening through the duo with Andy Sharps with Drummer Connor Downs joining for a six song trio set. Acoustic yes, but folk? Soul, blues, a bit of jazz and r’n’b are all part and parcel of the package, the sponge that Jackson has become in soaking up influences.

There are welcome revisits to material from his first album, released in his late teens. Often shoved embarrassingly into the closet, particularly when his second album, Fumes And Faith was such a progression, no fledgling songwriter and musician could ever accuse Last Train in particular of being unworthy.  It’s a sign of the quality of the songs that they adapt to whatever format he chooses to work in. It runs the gauntlet from the hold your breath glass-like fragility of both the delivery and subject matter  of Flowers to a smouldering  intensity of Father’s Footsteps with a deep bass undertone. The gospel blues dynamics of Sister gets a full pelt trio workout to climax the set.

What next? We’ll be awaiting and tracking his next moves with interest.

You can find Luke Jackson on the interwebs here: