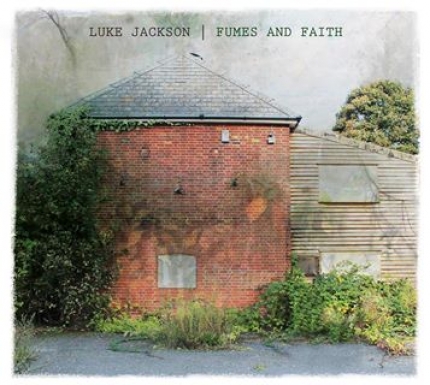 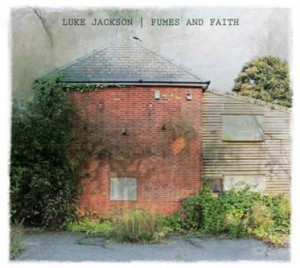 Luke Jackson’s accomplished ‘More Than Boys’ 2012 debut was for many, an album of such maturity and quality, that for a nineteen year old delivering his second album, there’s actually quite a lot of unnaturally high expectation. Since the debut release, he’s been gigging relentlessly both in support slots and headlining his own gigs. Last seen in my local area in the Ladybird tent at the 2013 Ramsbottom Festival and unselfconsciously chatting and selling his CDs from a bag on the damp festival boundary, he’d delivered a terrific set previewing several of his new songs which positively whetted the appetite. Road testing new material always helps hone and sharpen the songs and arrangements so the question remains as to how he’s coped with delivering the ‘difficult second album.

For a start, the confidence and self-assurance in Luke’s live performances have confirmed that he seems to have grown up beyond his meagre years over the last twelve months. Strange to explain, but even the album title seems to have more of a grown up air about it. Maybe the influence of an American producer in Mason Neely has something to do with the more blues-y, roots-y feel about the album, but from the off there’s an ominous sense of foreboding that something wicked this way comes and it’s time to batten down the doors in preparation for, well, not exactly a tornado but something maybe more of a threatening and oppressive nature which is dotted throughout the record.

Backed only by a dull throb, foot stomps and finger clicks and punctuated by bluesy guitar chord flurries ‘Sister’ is a stark opening to the record and gives a behind the curtains glimpse of what’s to come for anyone who’s bold enough to step inside. With its confessional and biblical references to Jonah and Moses, it’s a thrilling beginning, and the start of a darker ride into a much more different place than the fields and woods of ‘More Than Boys’. This time there’s less of a Summery day feel and more of a chill of a dark approaching storm. The theme continues in a similar vein alongside ‘Father’s Footsteps’; a more realised fuller blues sound and natural successor to ‘Sister’. There’s also ‘Ghost At The Crossroads’ which pulls out some battered old blues clichés with its hellhounds, whiskey and women and a name check for Robert Johnson, but then isn’t that a hallmark of most blues songs?

For some respite for those who feel in danger of becoming swamped by some deep and dirty Mississipppi blues, there’s ‘Answers Have Gone’ which has a more jazzy swing, while ‘Down To The Sea’ and the lengthy narrative of ‘Charlie In The Big World’ provide a final link with his debut album – at the pace he’s moving with his song writing and delivery, ‘More Than Boys’ seems almost like a set of nursery rhymes by comparison. The album has all been done with a minimum of sparse instrumentation; simply stripped right back to Luke’s trademark softly picked guitar alongside some sweeping flashes of chunky blues and relying on handclaps and slaps for some more organic percussion which let the songs and Luke’s resonating vocal stand clear and unadulterated.

The verdict is very much that he’s made a mockery of the ‘difficult second album’ syndrome. What’s even more encouraging is the rate at which Luke Jackson has developed as a songwriter, yet in a way, quite scary to think of where he’ll be in ten or twenty years’ time (when some of us may be long gone), yet on the other hand, it’s also quite an reassuring thought at what the folk world has to look forward; the future is bright and the future is Jackson!

1.Sister
2.Father and Son
3.Fumes and Faith
4.Answers Have Gone
5.Out of Time
6.Buried Dreams
7.Father’s Footsteps
8.Charlie in the Big World
9.Down to the Sea
10.Ghost at the Crossroads
11.Notebook