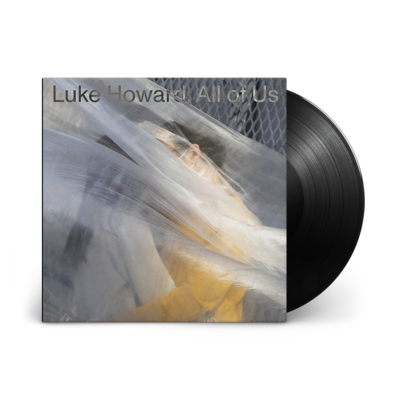 Luke Howard: All of Us

Luke Howard’s All of Us, an eerily beautiful atmospheric record, reveals the disorientation of reading Albert Camus’s The Plague after 2020.

In All of Us, Howard’s sonic compositions become a musical language through which he responds to the calamities and destruction of the contemporary world — not reflecting or mirroring them, but speaking to them and illuminating the aural sensations they produce. There are moments in All of Us where it’s clear that Howard has scored music for films, with sweeping orchestral crescendos that could be used to mark visual denouements in works of combat cinema (for example, in the fourth track An Hour Off For Friendship). Yet largely, the tracks are bound by their collective sense of unease and our shared sense of precarity.

Camus’s The Plague [La Peste] was the inspiration for All of Us during Howard’s experience of lockdown in Melbourne, Australia. Each of the track titles are pulled from Stuart Gilbert’s English translation from the original French, as is the title of the record itself. While we certainly can understand how The Plague was on Howard’s mind as he put together these stark compositions, I’d like to propose that his music is doing something more complex than simply drawing inspiration from the novel. The album as a whole grapples with the strange disorientation of reading The Plague — an allegory, even a parable of sorts — during a pandemic in which the content of the conceit has become reality.

Let me explain: The Plague is set in Oran, a coastal city in Algeria approaching the border with Morocco and across the sea from Cartagena, Spain. The novel was published in 1947, but Camus began imagining it while living in occupied France during World War II. During this time, he was writing for and editing Combat, the clandestine newspaper of the French resistance. The fictional plot follows an outbreak of plague in Oran, the authorities’ initial refusal to acknowledge the severity of the circumstances or to utter the word ‘plague,’ the total physical isolation of the town and its people, and the ensuing madness.

There’s great discombobulation in finding oneself within an allegory, and that’s where many readers indeed found themselves at the start of the COVID-19 pandemic. In late March 2020, The Guardian reported that Penguin Classics was “struggling to keep up with orders” of Camus’s The Plague, having “gone from shipping quantities in the low hundreds every month to the mid-thousands.”

In the pieces that make up All of Us, Howard expresses the uncanny realisation that the fictional, quite literally, has become existent. The Plague depicts city closures and lockdowns, loneliness coupled with the collapse of temporal knowledge, and the profound sense of loss. By spring of 2020, those elements ceased to be elements of imaginative literature and firmly entered the realm of the real. The novel was not written as historical fiction, to be clear, but rather as an atemporal allegory of ideological wreckage rooted in fascist violence. In the 21st century, how can a reader reconcile living within a postwar allegory? For Howard, I suspect, it was to create this sonic record of alienation and fragility.

Howard develops soundscapes that are often incongruous—at once soothing and dissonant. This jarring sense of being out of place and time begins at the start of the album with the track Critical Spirit, made up of harmonious piano chords punctuated by fuzzy, spitting electronic beats whose rapidity increases unnervingly. Ultimately, the song exudes a paradoxical sense of gentle restlessness. The second track, A Different Idea Of Love, teases the possibility of hope, with soft strings becoming more robust as the track progresses. Yet the pieces that follow tell a story of forced reclusion and a collapsed sense of time in their strange brevity.

A World Of Abstractions, coming in at only 1:05, seems to recount the experience of wandering in empty streets. The Compass Of a Telegraph, a composition of merely 1:29, chronicles the pitter-patter of bare feet alone on home floors or fingers nervously striking a keyboard in near silence. In just 1:38, the track I Was Very Fond Of You But Now I’m So Tired narrates dialogue among individual instruments yearning for connection. This track in particular reflects the methods through which Howard put together his compositions due to pandemic quarantines: he “record[ed] his solo piano pieces at a friend’s house whilst the orchestral scores were sent to Budapest and digital files to friends to add their contributions remotely.” For Howard, it “was a dislocating way to create a record.”

Speaking of short tracks that reflect the sensory experience of isolation, the pacing of the album allows it to develop a narrative in which Howard creates order from disorder. There’s a rhyme scheme of sorts in which each of those very short and plain piano compositions follows a couple of longer pieces. In those sparing interludes, I can imagine one hand alone serenely taps each piano key.

Howard’s album thus responds to disorientation, but it also attempts a kind of antidote to pandemonium. In pulling words and phrases for his titles, Howard often eschews the linear progression of The Plague and its narrative contexts. For example, The Closing Of the Gates and The Opening Of the Gates are tracks on All of Us that follow one another and thus occur nearly instantaneously, thereby eliding the long period of brutal confinement at the centre of the novel. And in opening his record with the naming of a Critical Spirit — a last great hope, perhaps — Howard inverts the human evacuation inherent in Camus’s use of that phrase. In the text of the novel, the people of Oran “lost every trace of a critical spirit.”

When I first listened to All of Us, I decided to revisit Camus’s novel. I’d encountered it years ago but hadn’t been one of the readers who returned to it during the days of lockdown. Reading it now, in 2022, I can’t help but think The Plague was prescient in more ways than one, and Howard’s compositions help to illumine that idea. Just as All of Us reveals the eerie sensation of fiction becoming reality, it also reminds us that Camus’s figurative work remains horrifyingly relevant. Howard’s album is released amidst the Russian invasion of Ukraine, as news images depict violence wrought by megalomania and social media accounts across the West fill with words of solidarity. It’s as if All of Us came around to remind us that words can be powerful, but there are nonetheless stark limitations to empathy in times of great suffering. I’m thinking of this passage in particular from The Plague, which indeed returns the text to allegory in our present moment:

“Sometimes at midnight, in the great silence of the sleep-bound town, the doctor turned on his radio before going to bed for the few hours’ sleep he allowed himself. And from the ends of the earth, across thousands of miles of land and sea, kindly, well-meaning speakers tried to voice their fellow-feeling, and indeed did so, but at the same time proved the utter incapacity of every man truly to share in suffering he cannot see. ‘Oran! Oran!’ In vain the call rang over oceans, in vain [the doctor] listened hopefully; always the tide of eloquence began to flow . . . . ‘Oran, we’re with you!’ they called emotionally. But not, the doctor told himself, to love or to die together — and that’s the only way. They’re too remote.”

All of Us offers listeners a preternatural means of engaging with both the concreteness and allegorical nature of The Plague, and the desolation of pandemic and wartime exile. And outside its sociopolitical tethering, the record is made up of music that’s gorgeous in its ability to unsettle. Collectively the compositions create a beautifully bewildering atmosphere in which sonic apprehension delivers the possibility of peace.