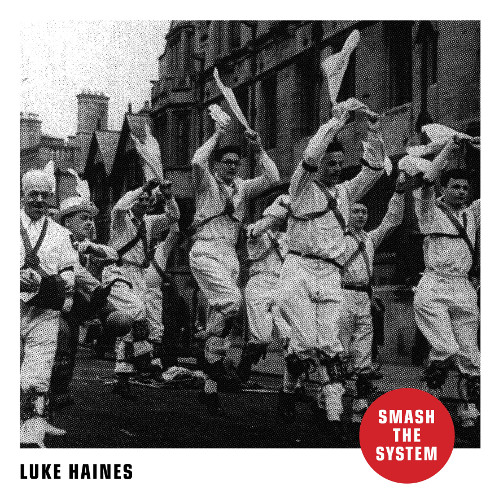 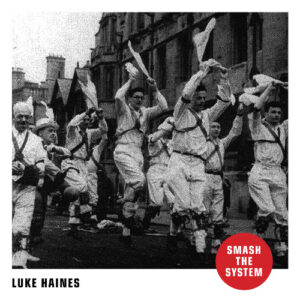 “You’re a bit too clever for your own good.” An old boss once said to me as he put a indelible black mark on my personnel file. “Thank you” I said, taking it as a compliment, which was not what it was intended to be.

Luke Haines is far too clever for his own good.  Like Charlie Brooker or Stewart Lee.

This is Haines best album for a while.

Having reviewed several of his albums over the years I have reached the point where I actually give up trying to understand or analyse his motivation or thought processes and find any meaning in what he does,  It’s best just to sit back and enjoy the results.  To laugh at the words and dig the tunes.

For ‘Smash The System’ think ‘Hunky ‘Dory’ or Sabbath’s eponymous debut played on pixiephones and Moog, Graham Bond Organisation, (if they’d been any good) Haines’ own 1996 classic ‘Baader Meinhof’, Or Sunn 0))) at the school disco with tunes. As you have no doubt guessed, ‘Smash The System is a Ritual Magick agit prop call to arms. So, sisters and brothers break out the psychic ammo and call the New Gods: Eric Bristow, Giant Haystacks, and Brian Jacks; we petition you with prayer. We the under-signed smear ourselves with the menstrual blood of Ulrike Meinhof and raise our horns to the mythical Black Bunny. Praise to the Power Of The Witch. Death to the middle brow. Realise self actualisation now! Vince Taylor did not die! Exalt the vagina and always keep a little Marc in your heart.

I was toying with the idea of using the following as my full review of the album, but dismissed it as Derrida-esque whimsy, but here it is anyway. (9/10 by the way. Great album/essential purchase.)

Cast ( in order of appearance in the lyrics)

A Family Doctor from Munich.

A Girl with a rare blood disease (rare, but nothing fancy)

‘A lassie with a lovely chassis’ (a vampire slayer)

Jim Davidson  (the casual misogyny of)

Burgess & Maclean (the secrets of)

(Andy Blade is personally very pleased that the last on the list appears as he claims to have coined the word, so it is conclusive proof that Luke Haines has listened to Eater.  Blade is an admirer of Haines work. They both record for Cherry Red but have never met. Andy Blades new album is out soon.)