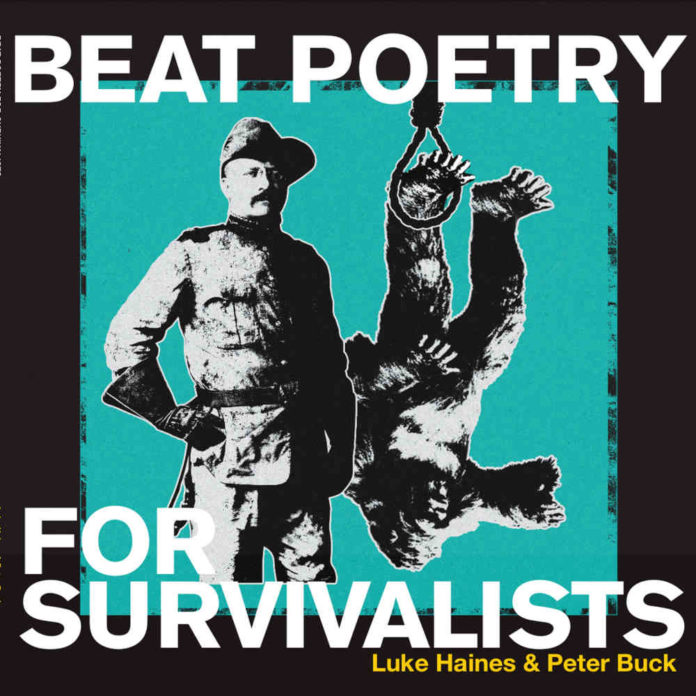 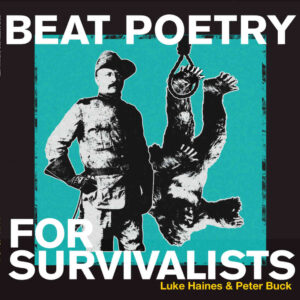 The curmudgeon of Britpop and the former REM guitarist might make unlikely bedfellows but this collaboration proves to be a success. Louder Than War’s Craig Chaligne reviews.

Born out of a chance encounter on the web following a purchase of a Haines’ Lou Reed painting by Buck, this LP sees our two hosts (united by their love of as Haines puts him “The Inventor of the wheel”) creating ten songs in a transatlantic collaboration with the help of former REM associate Scott McCaughey and drummer Linda Pitmon.

The first fruit of their efforts was “Jack Parsons” with music provided by Buck and lyrics by Haines. This ode to the late rocket engineer/occultist pursues Haines’ tradition of writing about historical figures that have tickled his cerebral cortex. The stream of consciousness mantra of “Apocalypse Beach” and its analog synths is followed by the tribal thump of “Last Of The Legendary Big Foot Hunters” where Haines brings out his Les Paul for a track that wouldn’t have sounded out of place on his Baader Meinhof LP. The great Lou would have approved of the title track with its its insistant piano while the groovy “Witch Tariff” and its blasts of recorder sounds suitably menacing. The list song “Andy Warhols Was Not Kind” sees Haines ruminate on the creative genius and the driven nature of the man with a plan. Gallic stomper “French Man Glam Gang” (think Clockwork Orange in rural france) probably won’t get select by the French Tourist for their next advert on British TV and both “Ugly Dude Blues” and “Bobby’s Wild Years” are primitive garage rockers that could have been sloted on a Dowliners Sect LP. Album closer “Rock’N’Roll Ambulance” see Haines position himself as a kind of Angel of Death in chief passing his reflections to deceased Rock’n’Rollers before informing if they fell in the righteous or not righteous camp. Bring on the next installement !

Luke Haines and Peter Buck will be touring the UK next month :

Further infoon Luke Haines can be found  on his Facebook and he also tweets as @LukeHaines_News.