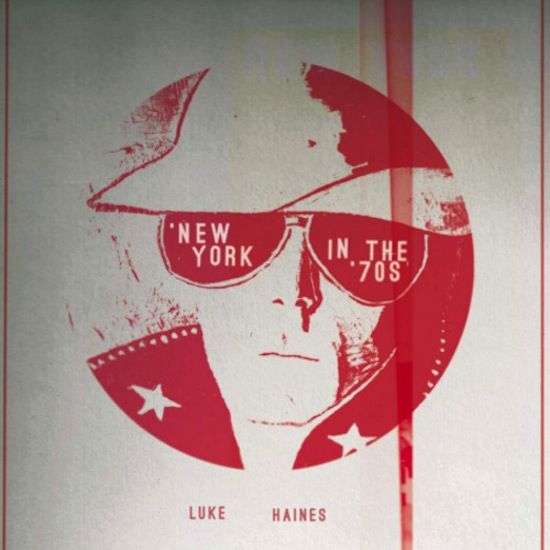 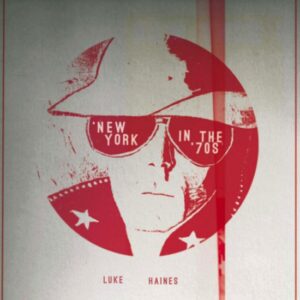 Described as “a mythic re-imagining of the New York rock’n’roll scene 1972-1979” this is the first Luke Haines album for a while that will appeal to more than just his loyal fans … or so Ged Babey Says.

As a teenager at the beginning of the 80’s when punk rock had become a joke, was dead and had splintered into different factions and versions,  I, and many others (like Luke Haines) looked back and towards America for the seeds that became the evil bloom, the roots of punk. And we liked what we saw and heard and it was good.

Since ’77 the music press had always refered to Lou Reed as the Godfather of Punk… Transformer was still available in the shops (RCA mid-price range) Velvets albums were harder to find. The Phonogram New Wave Sampler album had included two tracks by the New York Dolls and the Ramones and one a piece by Patti, the Void-oids and Talking Heads ….

It was a gradual thing, but bit by bit we pieced together the cast and history of New York Rock’n’Roll through the records, reviews, books about Warhol and Burroughs, interviews with bands like the Psychededlic Furs, Only Ones and Wasted Youth (who appropriated various ideas from NYC proto-punk).  Then came books by people like Victor Bockris, Nina Antonia, then South Bank shows on the Velvets … Zigzag kept us up to speed on Thunders latest misadventures as he continued to snatch defeat from the jaws of victory on a regular basis.

Collecting Lou Reed solo albums was a minefield of delight and disappointment; for every work of genius (Berlin, Coney Island Baby) there was a pile of cak (Rock’n’Roll Animal and err  Rock’n’Roll Heart) …. it wasn’t like today where Spotify, Google ,Wiki and You Tube can give you everything at the click of a mouse …. it took years to uncover all the secrets of the mythic, motherfuckin’ rock and roll of New York….

Goes the chant or mantra in Cerne Abbas Man, the central song on this magnificent album.  The English have never been able to do mythic, motherfuckin’ rock’n’roll quite like the Americans; specifically the sunglasses after dark, black leather clad inhabitants of New York, New York. So cool they named it twice. (Hence a song about Lou Reed being entitled and chorused ‘Lou Reed Lou Reed’.)

Haines retelling of the story features all the main characters as well as the lesser known heroes like Jim Carroll. Bit-players like Connie (Dee Dee Ramones one time girlfriend) get a mention and photographs from the era are brought to life in song; one of Richard Lloyd from Television in particular. In the local Beth Israel hospital (following a narcotic miscalculation no doubt) he is pictured with a drip in his arm on a mobile stand, wearing a hospital gown but smoking a cigarette with a look of stoned arrogance. The picture paints a thousand words and the song uses a dozen of them effectively.

The love songs to the people and the era are perfectly respectful yet gently taking the piss, more out of our own fandom than the actual artistes.

“You have to Turn the Tricks to Make The Bucks,
To Buy The Drugs, To Get The Kicks
Which make The Tricks seem a little bit better”

It’s a junkie version of Londons Burning, the nursery rhyme ( Fetch the engine…) not the Clash song …

Its a knowing, clever, funny collection of homage & pastishe, made with love but oozing a wry sarcasm and knowing truth that we (fans of NYC R’n’R) have wasted so much of our time daydreaming about being part of an equivalent scene. “I wanna be like you..” sings Luke in a dreamy appropriation of a sentiment that’s pure Jungle Book. 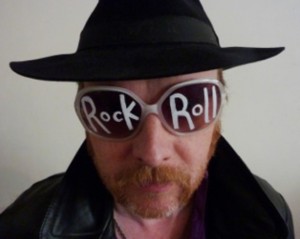 The Suicide pastishe Drone City is superb and includes a hilarious echo-ey grunt in the style of Alan Vega only it comes out sounding more like Jack Douglas from the Carry On films when he had one of his nervous ticks (Wa-hey-ugh!)

Vic Godard recorded his own New York tribute in a song called Johnny Thunders which aped beautifully JT’s trashy guitar playing and sneer. Jonathan Richman honoured the Velvets in a song called Velvet Underground on which he played soundalike Fender – a heartfelt homage in-the-style-of its subject. Haines avoids this by making a mellow, trippy, chill out album with just as many electronic sounds as guitars.

The enduring image from this, Lou Kane’s latest masterpiece is the Cerne Abbas Man striding through downtown Manhattan “with his cock in his hand”,( Don’t point that thing at me buddy” says Thunders) entering CBGB’s and giving Richard Hell the hee-bee-gee-bees.

Haines is a Genius.