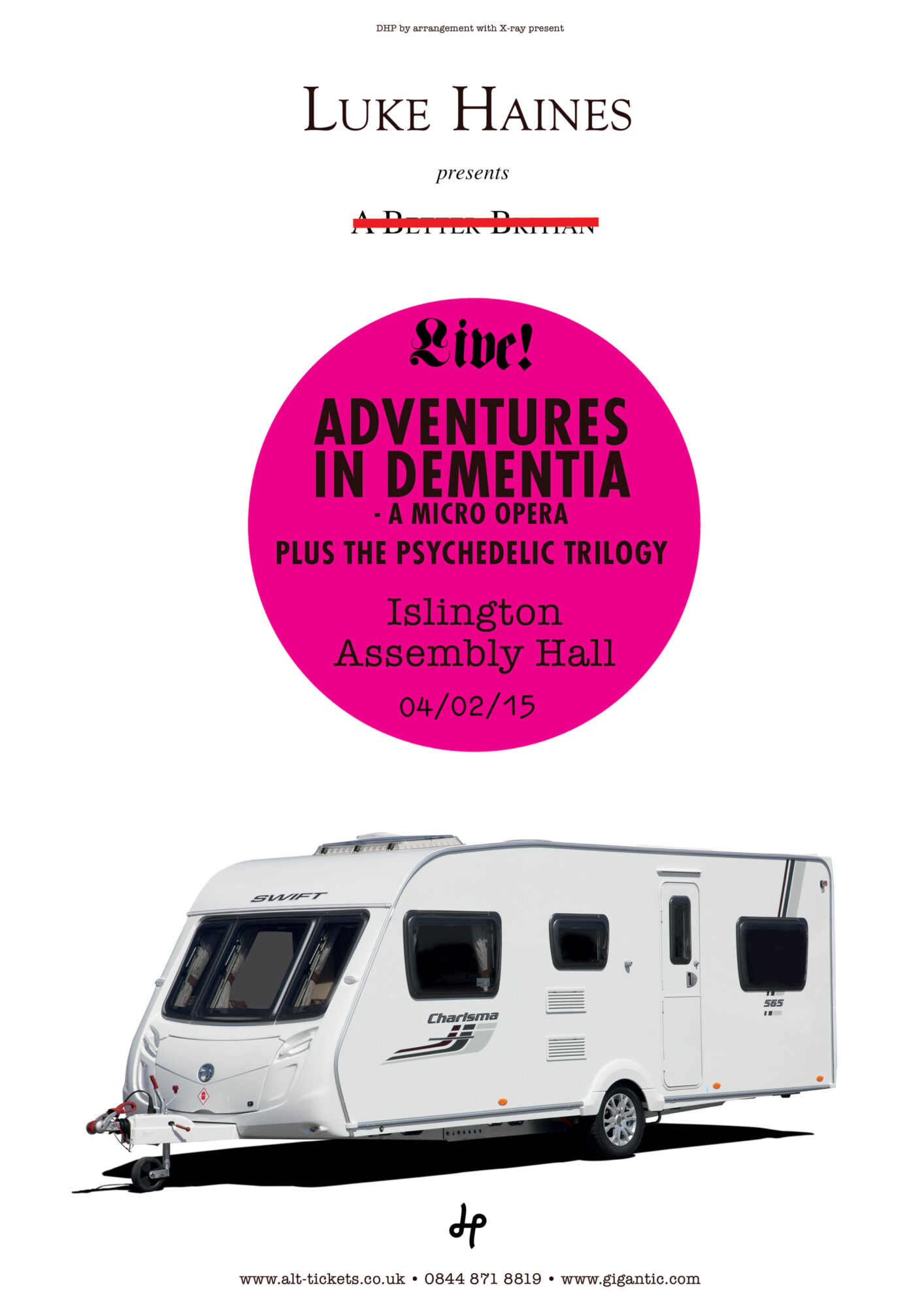 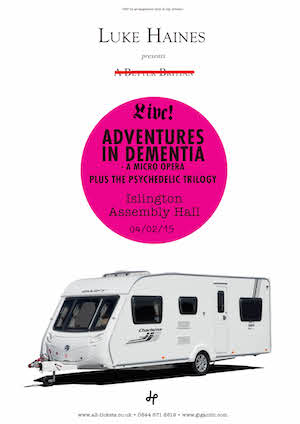 In order to celebrate the release of his latest LP “Adventures in Dementia”, Luke Haines stopped at Islington’s Assembly Hall  last Thursday in the latest instalment of his never ending tour of London (3 shows over the past year). The hall was in fully seated configuration and almost sold out. The show was billed as “Adventures in Dementia – A Micro Opera Plus The Psychedelic Trilogy” and I must admit the prospect of 4 albums played back to back seemed a bit of a daunting but a the same time an event not be missed based on the fantastic evening at Bush Hall last June that saw Haines playing his (at the time) current release : New York In The 70’s and the Baader Meinhof album with a rhythm section.

Unfortunately no backing band for this show as only a chair and a lyric stand graced the stage. Luke Haines came on holding his trademark Takamine guitar and give us an insight on his latest outing specifying that he and his collaborator Scott King had made it as short as they possibly could as a real opera was “quite an ordeal”.  Probably Haine’s most outlandish concept record to date, the songs describe how a Mark E Smith impersonator (he must have another job on the side…) get his holidays ruined by a caravan accident with the lead singer from Skrewdriver. Opening with the rockabilly romp of Caravan Man and including a kazoo-led version of Jerusalem, the whole thing maybe lacked his usual tunesmithery but more than made up for it on the number of laughs it generated in the audience. The rest of the show was devoted to a selection of tracks from his psychedelic trilogy (Nine And A Half Psychedelic Meditations On British Wrestling Of The 1970s And Early ’80s, Rock And Roll Animals and New York in the 70’s). Playing the songs in chronological  release order, Haines cherry picked the best tunes from these 3 wonderful records. From the  arpeggios of Gorgeous George, to the nursery rhyme for adults of Rock n Roll Animals and finishing with tales of sharing drinks with Alan Vega at the Gramercy Hotel, Haines proved that every subject can be a source of inspiration and that a concept album doesn’t always put lyrical content before melodies. The show finished with some deeper cuts from the back catalogue. Exhuming the excellent Home Again from The Auteurs first LP, he followed it with the semi-autobiographical 21st Century Man before closing off the evening with Unsolved Child Murder and Lenny Valentino.