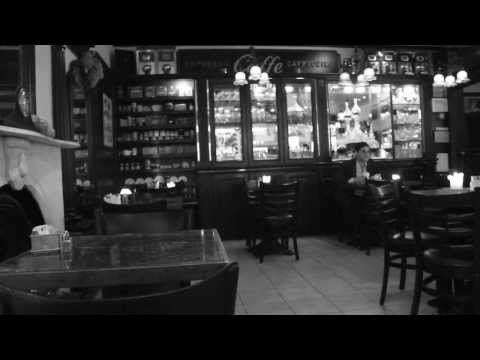 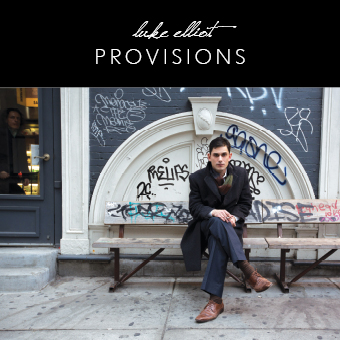 Connecticut singer/songwriter Luke Elliot has been earning his stripes playing between Philadelphia and New York for a number of years, he releases his 2nd EP this May, Louder than War’s Ray Burke has a listen.

Luke Elliotbegan work on his follow up to debut EP back in 2011 when he was approached to write a song for the Independent film Benny the Bum. Originally from Philly the singer / songwriter relocated to New York a couple of years ago, starting off in bars and has been working his way up to the larger clubs. His sophomore release Provisions is still built around his skilful piano playing and affective voice but sees a shift towards a more electric sound. Elliot claims he doesn’t like to play a song the same way twice. He more than likely approaches the studio a little differently, but you’re left wondering if the studio might counteractive to how he plays. Opting to get it down quickly when it might be benefit from a more laboured approach.

But the problem here isn’t the how, but what has been recorded. Artists’ do themselves a disservice when the make lofty claims to sounding like others, especially when it’s Rufus Wainwright, Nick Cave or Bob Dylan! It builds expectations for the listener, and if it doesn’t deliver, it enhances the negatives.

The EP begins with Benny’s A Bum, a piano based track whose beginning is reminiscent of Tom Waits’ Martha. Elliot might be a fan, but he’s not cut from the same cloth.  It’s infuriatingly riddled with cliché after cliché, “blues ties me to the bed” and “tears turned to lead”, the over familiarity and vapidity makes the track grate quickly. Built as it is around his voice, and sombre piano, this type of composition demands focus on the lyrics, and they sounds like he has undertaken some kind experiment in copying and pasting tried and tested imagery and bundled them together in the hope of attaining some kind of depth, he doesn’t.  When he tells us “I got nothing left to sing”, with only one track into the EP you become worried that he may be telling the truth.

Ballad of a Priest has a church organ that veers into a type of carnival music before being beefed up with addition of the full band. The attempts at utilising church and religious imagery as metaphor in the track gets tired very quickly and it becomes apparent that lyrics may not be Elliot’s strong point. It reeks of on an attempt to sound weighty but ends up sounding trite.

Benny’s A Bum is better, written for indie film Benny The Bum (The Best Local Film at Philadelphia Independent Film Festival 2012) The guitar conjures images of American Independent cinema, a world inhabited by the characters of  Hal Hartley or Jarmusch. It feels like it might have been recorded live in the studio, which gives it an air of authenticity,and demonstrates Elliot’s capable and emotive vocal. His gravelly delivery has an impressive range and might give a clue as to why Elliot has picked up a fan base from playing live around New York. It’s music with a heavier rock element, but it’s all by numbers, lame attempts at a kind of avant garde beating of the piano keys, don’t disguise that it’s a pastiche of many things that isn’t ever realised as one.

I Get It Anyhow starts with an acoustic strum but quickly becomes another blues rock bar room standard. The type of original number you could hear by a band across the globe, with nothing identifiable or unique. The band are solid too, with competent guitar playing and adequate percussion, but really this could be any band, anywhere. Thankfully he perks up a little on final track Virginia. It’s a lively number with Elliot occasionally sounding like Frank Black on one of his more acoustic numbers. It has a ramshackle live feel, and is easily the best track on the EP. It’s still a collage of many things without being something uniquely his own, with more of the over familiar symbolism, “I wish I could hear  that long whistle blow” but the rousing run through doesn’t make it as noticeable as on other tracks.  If this is a live snap shot of what a performance is like it’s apparent why he’s made  fans.  To move past bar band music into something that’s appreciated on a wider scale this is going to be have to be kicked up a notch.

Elliot no doubt has a certain charisma that dazzles live, he’s built a solid fan base over the years, and has moved from dingy bars to venues of note such as the Mercury Lounge, but unfortunately what makes him unique to fans hasn’t translated to this record. He’s a talented musician with a good voice, and a strong backing band, but there is an abundance of bands that can claim the same. There’s no originality or innovation on these by numbers compositions that show only brief glimpses of possibilities. The band is solid but don’t demonstrate an ability to break out of their New York club confines. The kind of act you would wouldn’t begrudge putting a few dollars in the hat for, but one that wouldn’t find a home on your record player.