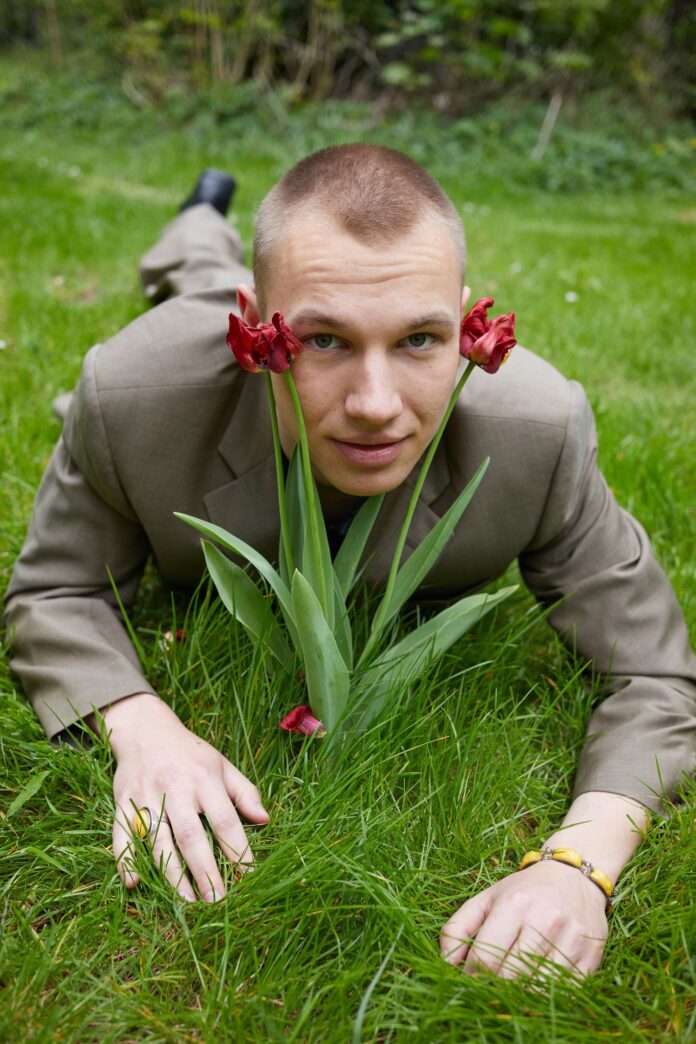 It may not seem the most obvious pairing, a man who sleeps naked in the woods, and another who – if his recent music videos are anything to go by – sees the same location as the perfect place to blow up a dinosaur. Yet here we are. The former is Luis Ake, an eccentric former techno producer turned synthpop-star, currently based in Berlin. His collaborator? Dima Midborn, a bassist in several of Moscow’s most successful bands, and solo artist in his own right, dubbed the ‘Russian underground’s hardest working musician’. The pair come together (virtually, of course) as part of a songwriting project, bringing with them influences as diverse as minimal jazz, and schlager.

The outcome is ‘Hey Du/Эй Ты’ (that’s ‘Hey You’ in English), a shimmery single inspired by a hungover trip to a Berlin graveyard. Melodic from the off, it sparkles with drum machines and warm synthesizers; Ake’s vocal refrains soaring over the top. Made up of verses in both German and Russian ‘Hey Du/Эй Ты’ features poetic, questioning lyrics of nature and love. Midborn’s bass work ties the song together, emphasising the redemptive cadences and subtlety of the piece. This is C21st synthpop, underpinned by a sense of longing.

Accompanying the tune is a self-shot music video, in which Ake gesticulates his way around the German capital, dancing on rooftops amidst street lamps and ladders. Midborn meanwhile portrays the landlocked city of Moscow as a sort of nautical paradise; his impressively colour coordinated sock-shirt combo dangerously close to stealing the show. The song touches on loneliness, and here the two artists occupy a world in which they are the only inhabitants. They call “hey you” back and forth to each other, though it’s not immediately obvious that the two are separated by over 1000km, such is the consistency of the footage.

‘Hey Du/Эй Ты’ will not please everyone. For bilinguists with a penchant for synthesizers, however, it may be near perfect. Ake and Midborn are not afraid to douse this contemporary coldwave tune with an emotional synthpop sheen, and nor should they be. Its masked sombreness is its greatest strength, hiding depth behind familiarity. For those prepared to invest, it provides glitter and melancholy in equal measure. If anything the release is too short, leaving one hoping that this is just the beginning of a fruitful partnership. 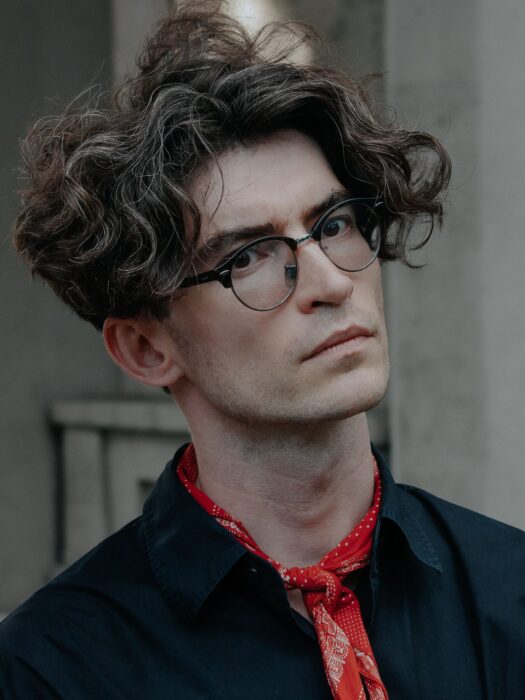