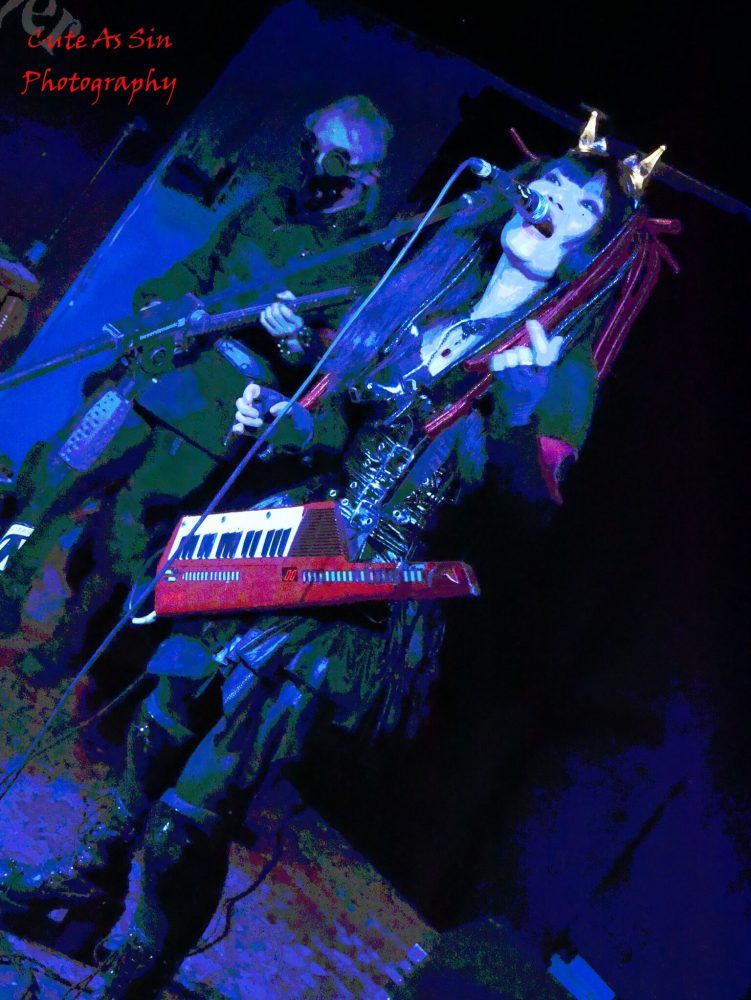 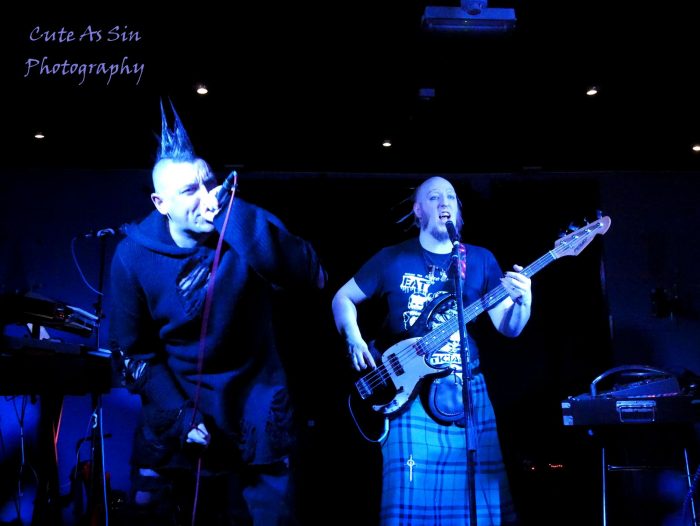 Anger and atmosphere characterised an early April gig (6 April) at Dulcimer in Chorlton – and I mean that in the best possible way – thanks to The Luddite Collective, DEF NEON and Psydoll. Louder Than War’s Emily Oldfield reviews…

The lighter nights seem to bring a new level of energy to gigging, and the just-outside Manchester venue of Dulcimer was bustling even by 7.30pm. It was an evening arranged by AnalogueTrash and composed of three artists – The Luddite Collective, DEF NEON and Psydoll. As their origins lie in Manchester, Wrexham and Japan respectively, this was an occasion to knock down distances and revel in a shared love for dark, driving sound.

The Luddite Collective opened with a set sharp in its angered articulation of social ills, shout-outs against the government and injustice. This is a duo of Dani Graves and Dani Scum, driving out industrial punk with raw power. It has relevance too and they are not afraid to shout about it, tracks such as ‘(Living) The Perfect Lie’, layering down condemnation for those who seem content to live in social fabrication.

Next up were DEF NEON, delivering sizzling synthpop and electro amplified with a raw rock edge – resulting in some seriously incensed dancing. The duo of Emily Gresham on bass and impressive vocals plus Michael Harmina on guitar and electronics, sent a surge of energy up through the room. Their arrangements are varied and super-satisfying. From the emotive soundscapes of tracks such as ‘Drive’ to the pounding pulse and guitar plashes of ‘Rotoscope’, this was resonant stuff. A wicked wash of a guitar solo, hooks that come in for a second-hit (great, yes) and a brilliant cover of ‘Killing in the Name’ added to a highly enjoyable set which had the dancefloor dripping.

Finally, Psydoll took to the stage – the Japan-based legends of cyberpunk who formed in Tokyo in 1997. Nekoi Psydoll had the audience incensed with her enchanting vocals and creative keyboards, paired with Ucchi Psydoll’s dark spiralling guitar and searing arrangements. 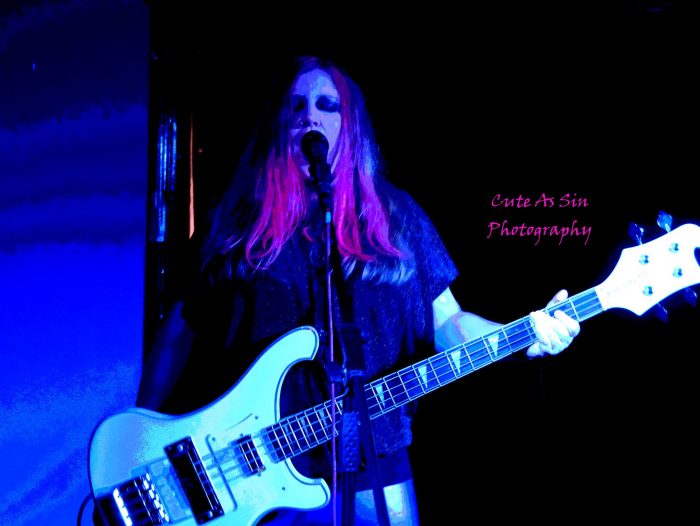 This is the type of music that although not in my native language, had me hooked and drawn into its depths. Dressed in storming cyberpunk style, this was a duo delivering a powerful set in a profound end to the night.

But that is not an end to the music. There is ongoing activity in Manchester and beyond, as ever, with a brilliant gig just gone at The Peer Hat on the 8 April featuring a number of highly recommended independent artists – JD Meatyard, Mankes, Kin, Tamsin A and poet/Mc Moet.

Upcoming events include ‘Heart of Glass 2’ at the Ruby Lounge, the follow-up to Manchester’s own 1970-9 clubnight at The Ruby Lounge (on Friday 13 April) plus Drink & Drive, Four Candles, and The Junta on at Bank Top Tavern on 14 April. Also during that week will be the preparations as part of Brighter Sound’s residency to commemorate the battle of Manchester Hill in 1918, with artists involved including James Holt and Hannah Ashcroft, putting together a promenade performance which will take place at Manchester Cathedral on 13 April too.

A little further afield, and highly recommended, an experience I have high anticipations of is seeing the solo artists Little Sparrow and Elfin Bow at Liverpool Philharmonic Music Room on 15 April – and then it’s not too far from Record Store Day. Ah. Speaking of that, there are plenty of 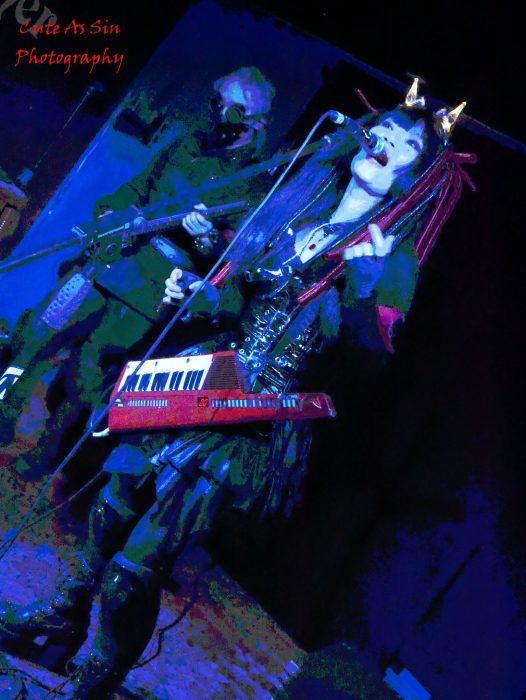 AnalogueTrash label releases coming up – including from the likes of St Lucifer, Room 1985 and Vieon – stay tuned.

Photography: with thanks to Cute As Sin Photography

All words by Emily Oldfield, also on Twitter as @EmilyvOldfield.