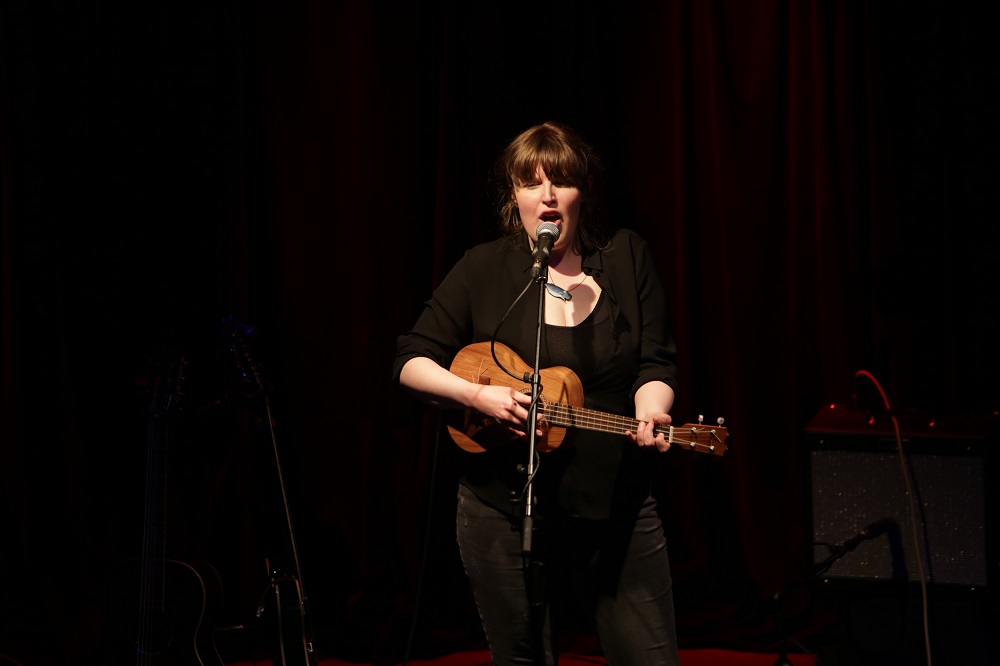 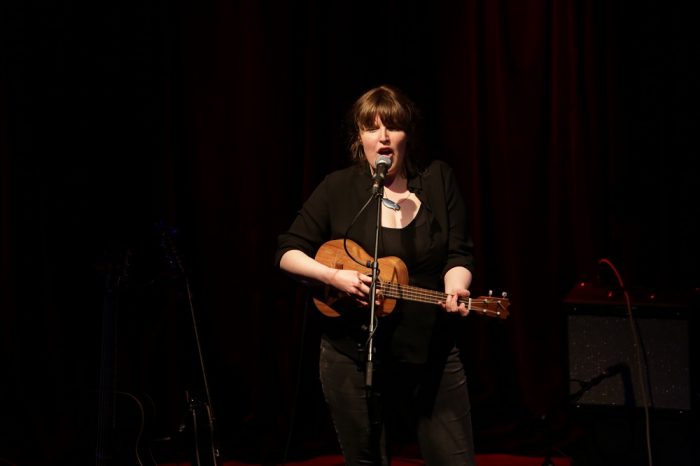 All too often folk gigs can be quite serious affairs but not so if you’re a warm hearted performer like Lucy Ward who is back on the road after having a nipper.

Mind you, the Derby born singer needs the wonderfully honest and amusing mid-song patter as her wall crafted tunes are on the whole pretty miserable – but in a good way.

Opener Connie and Bud is pretty typical telling the story of a down at heel couple in the 1940s living out of their car trying to survive which works as a telling indictment of what Britain is becoming in 2017. Ward is one of the new breed of folk artists who are politically engaged songwriters, and The Quickening Clock tackles climate change, which as we know from that orange buffoon in the White House doesn’t actually exist.

Ward was seven months pregnant when she finally called it a day on the touring front last year telling the audience she used the time before giving birth to write some tunes she hoped will fuse traditional folks songs with more contemporary sounds. She showcased a powerful new tune provisionally called Night Crawler showing a real step forward in her song-writing and bodes well for the new album.

It was a real joy to hear Alice in the Bacon Box – from her splendid debut album Adelphi Has To Fly – and it remains her best song to date. It tells the tale of a destitute woman reduced to living in a wooden bacon crate, and her heartfelt delivery is not only a tribute to a remarkable woman, but a reminder that we in are real danger today of forcing people down such a terrible road.

Her second album Single Flame was also pretty damn fine, so it was good to hear the rousing I Cannot Say I Will Not Speak as a timely reminder for all of us to have our say especially with a general election weeks away.

Behind the bonhomie Ward is relishing her work, which is probably more focused now she is a parent, and she went back to a track, Bigger Than That, challenging our current ‘me, me, me’ culture, that she donated to the 2015 compilation Land of Hope and Fury released in response to the general election result.

So welcome back Lucy Ward who takes her place in the long of strong female folk performers, but you get a sense from her new material that she might just be on the cusp of a breakthrough album that she richly deserves on this performance.

To find out more about Lucy Ward go to www.lucywardsings.com