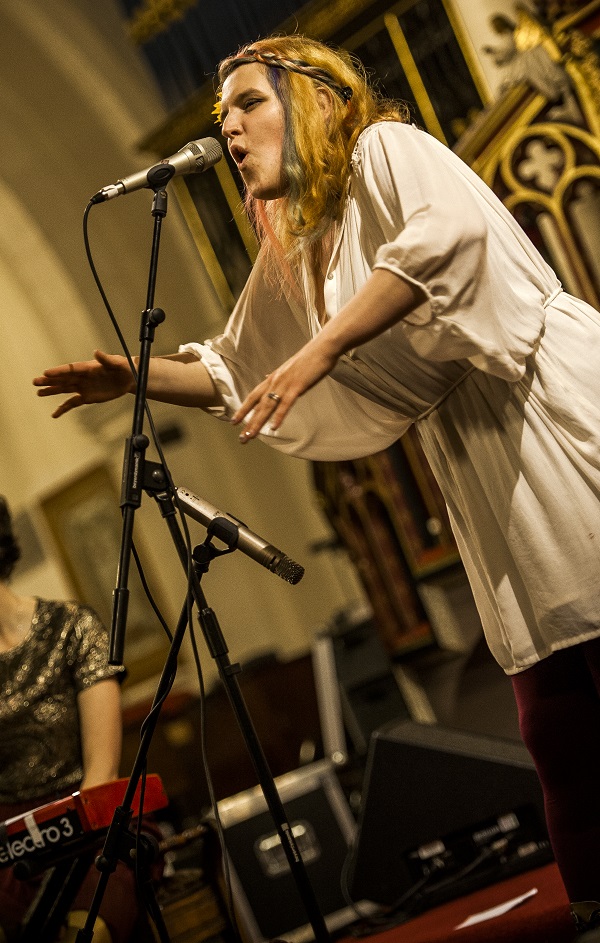 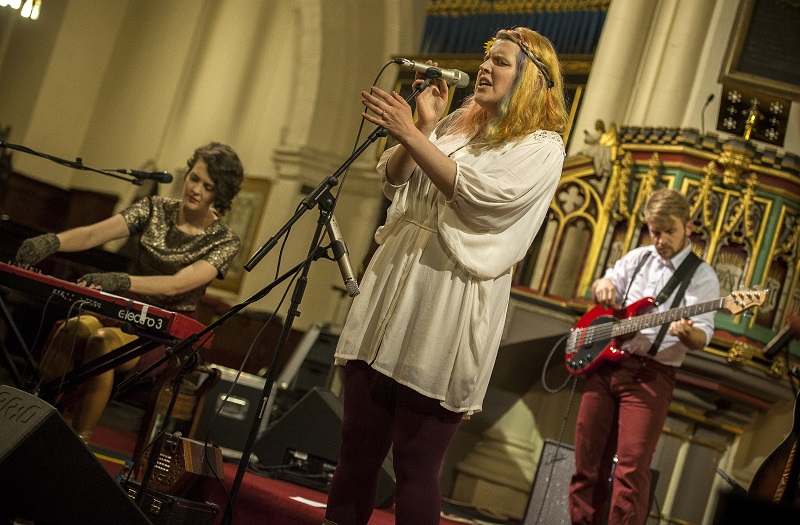 Lucy Ward’s ‘I Dreamt I Was  A Bird’ (the Louder Than War review here) might just be a few weeks old but has already made its way onto several best of the year lists as well as gaining a 4 star Guardian review – clearly hopping on the LTW bandwagon… The last date of her band tour before she heads off on a solo jaunt into Europe saw her gracing Wigan’s Parish Church. Mike Ainscoe naturally, was there.

Organised as a regular venture under the banner of ‘Acoustic Roots at Wigan Parish Church’, what David Cartlidge has got going is essentially a folk club in an interesting venue. It’s a thriving little programme he has going too. Totally independent  with a core of support and a venue which ticks the boxes for both acoustics and atmosphere.  Not only that, but the interval raffle as well as emphasising the folk club community feel,  raises funds for the church, new toilets being the current target. Thumbs up all round. 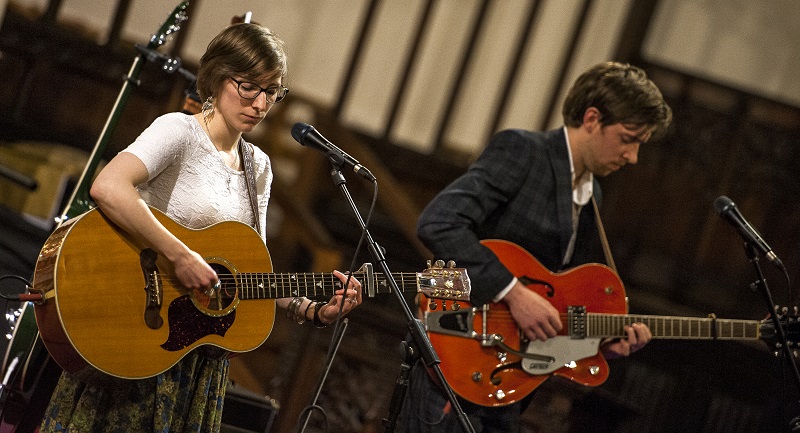 The support slot from Susie Jones and her band showcased her new ‘Shake Away The Devil’ album. With the lap steel guitar giving the songs a pleasant country feel – just missing a bit of banjo for the total experience – the uptempo numbers would have made a super soundtrack for ‘Back To The Future III’ (that’s the Wild West one). Quite apt really with all the fuss over this week’s BTTF day.

Introduced by compere Judy Dunlop as being like a bottle of that sweet brown fizzy stuff (no product placement here) that you can shake up and then it explodes all over the place, so to Lucy Ward and ‘I Dreamt I Was A Bird’ – the song she opened with, the one which gave her album its title, and one which encompasses what she is all about in the opening five minutes. Striding forth to join her band on the haunting ‘Daniel And The Mermaid’, quite a captivating nautical tale of her great great uncle yet presented in a dramatic and atmospheric capture.  Clad in a flowing smock, elaborate hair decoration and topped/bottomed with golden boots, if the appearance didn’t grab you, the performance would. One of the great things about seeing Lucy play is the fact that she doesn’t simply play the songs, she performs and lives them out in front of your eyes. 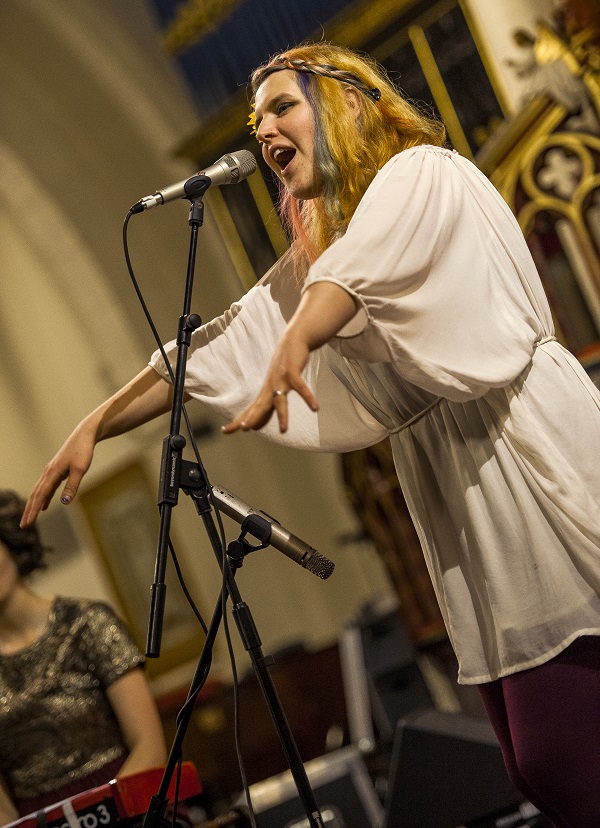 Set up just in front of the pulpit, she delivered  with the passion and zeal of a devout preacher man. Not only that, she’s a photographer’s dream, even between songs and a photo editor’s nightmare – which image to choose? She gave a thorough trawl through the new material, the central song of the album, ‘Lion’ performed solo with just a soft concertina accompaniment as opposed to the swelling of the Brighouse  & Rastrick Brass Band who embellish the recorded version. The impact of the stripped back version perhaps being more telling, the subject matter referring to the Great War execution of Bobby Barker for cowardice; the sound of the concertina floating around  the massive space evoking chilling images of trenches and no mans land.
Songs from the traditional to the political and those inspired by a new neighbour knocking on her door. Plus the lush ‘Velvet Sky’ – an underrated charmer from the last album, her sources are varied and fascinating.  She also took a turn at strapping on a lovely dark green electric guitar (“I can pretend I’m in The Sex Pistols”) and leading her band through a couple of interesting covers – The Beatles ‘Drive My Car’ and a gorgeous show closing ‘Come On Eileen’, the latter virtually and surprisingly fiddle free and with some subtle piano and exquisite harmonies (another feature of the night) it was almost like a tasteful cabaret.

Just in her mid twenties, it feels like she’s been on the folk scene for much longer, yet Lucy Ward remains as one of those who you can still label as one of the bright young folk.

Lucy Ward’s website is at : https://www.lucywardsings.com/. She is also on Facebook  and tweets as @LucyWardSings. Her YouTube channel can be found here. Susie Jones can be found online here

Words and photography by Mike Ainscoe. You can find more of Mike’s writing on Louder Than War at his author’s archive and his website is www.michaelainscoephotography.co.uk