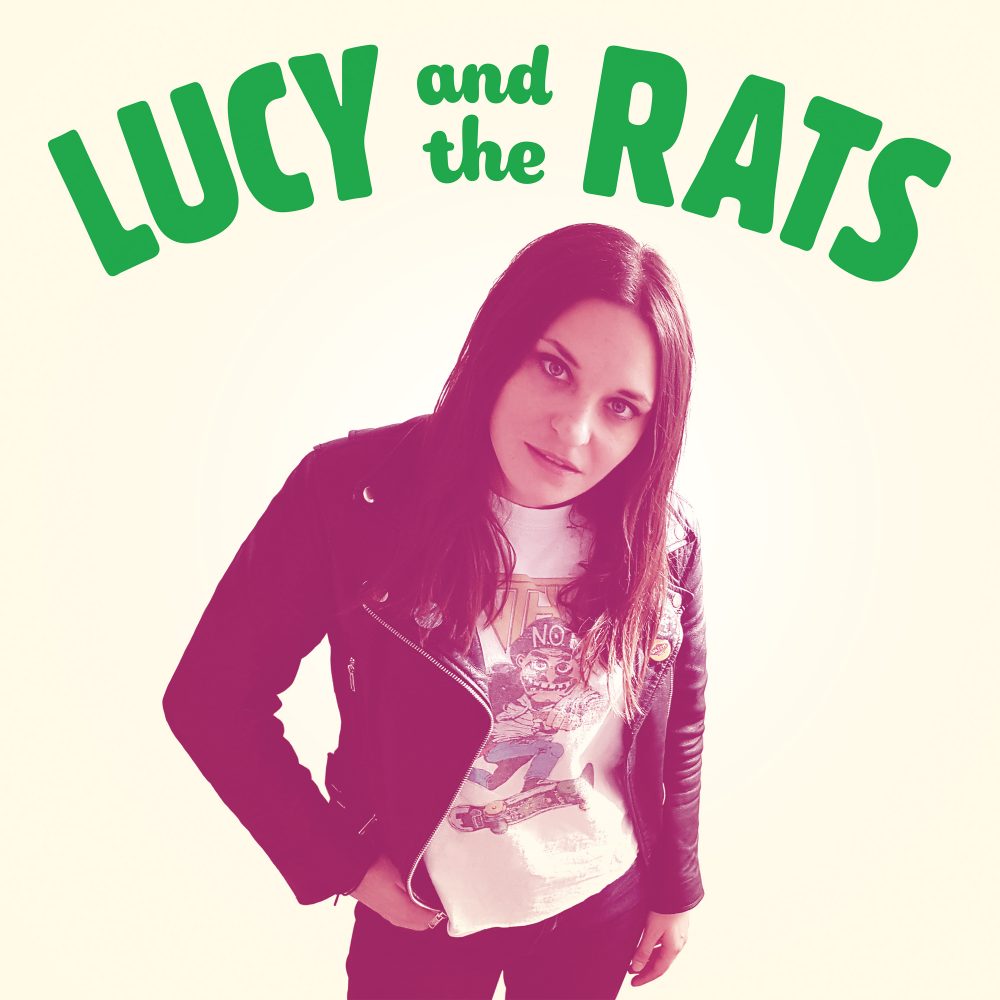 LUCY AND THE RATS 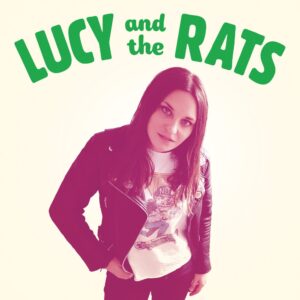 Following off the back of two previous singles, London’s Lucy And The Rats gear up to release their self-titled debut full-length album, a dose of bitter-sweet summery garage pop. Louder Than War’s Nathan Whittle takes a listen.

Visually, Lucy And The Rats look like a typical last gang in town garage rock band, but when they plug in and let rip something magical happens as the grease peels away to leave a shimmering ray of bubblegum garage somewhat in the same vein as Nikki & The Corvettes riding with the top down while blasting out The Vapors. It’s glorious to hear and by right should be one of the rock ‘n’ roll albums of the summer.

Opener Pills presents exactly what the band are about. The (almost always) double-tracked vocals shine through over crystal clear guitars and a tight spiked rhythm. The lyrics add a dose of acidity as it expresses desires to down pills to, perhaps, forget a relationship fallen by the wayside. It’s like cracking through the saccharine shell of lemon drop and having the bitterness bite hard. But the drive is by no means all negative as Lucy implores to “keep swimming forward like a shark that’s heading for a deep blue dark.” Whether this is oblivion or something new and unexplored is hard to say, but the highs and lows of life and, above all, relationships are certainly the order of the day on this debut, served up in equal doses and often with tongue firmly in cheek. So Simple has to be one of the sweetest garage songs written about unrequited love, but under everything there’s a surging sense of positivity to face things head on, a message that comes through clearly on the wonderful Make You Mine.

Three of their four previously released tracks make the cut for this album, the highlight of which is side A closer Melody. It brims with hope and optimism at opening your eyes and letting your senses drown in new sights and sounds. The melodies and harmonies are bathed in a glowing sun and it is perhaps the poppiest of all the tracks. If you’re going to go pop, go full pop!  Lose My Mind plays back on the pitfalls of partners pleading for the chance to talk to loved one before it’s too late, while Girl shimmies along gently with a tale of love-triangle jealousy. All the time the message is wrapped in sweet vocals and lifted higher on the simple yet captivating garage sound beneath. The playful nature of the lyrics are at their finest on album closer Can’t Surf, calling to mind the self-deprecation of The Lemonheads Outdoor Type.

On their debut album, Lucy And The Rats have created a near-perfect bubblegum-garage pop record that deserves to be a true summer soundtrack. The production is simple, as with the music that props up the at times sarcastic yet hopeful lyrics and is chock full of great guitar hooks, bouncing rhythms, and melodies that worm their way into your consciousness. A definite no-brainer for hazy summer days and fun-filled nights.

Listen to So Simple below: