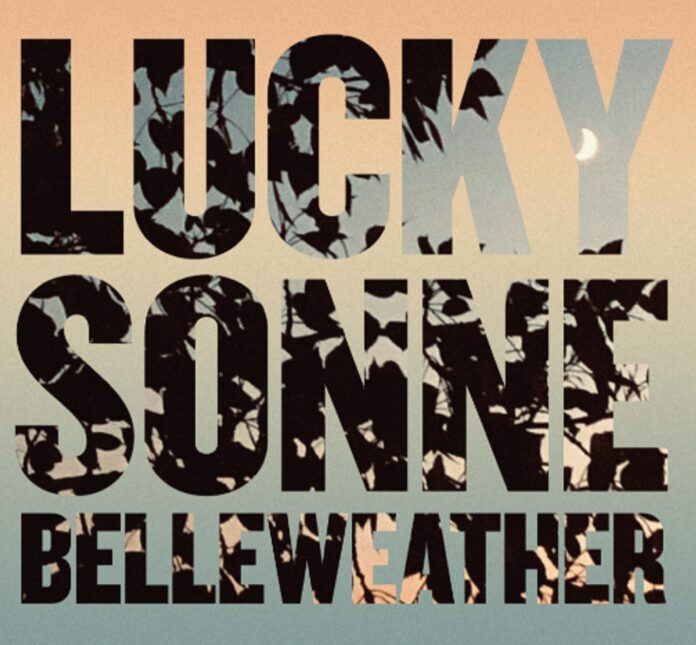 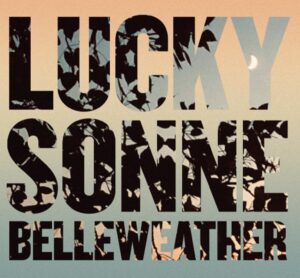 Calgary’s country/folk band Lucky Sonne release their 5th album, Belleweather. Could it be their best yet?

I did once work for a short time as a co-host on a small online radio show called The Waiting Room. Shock jock, Chris Brooke was getting music sent from all over the world – lots of obscure little indie bands, but his main music of choice was alt-folk. I remember Steve Lamacq at the time – perhaps fifteen years ago saying that the last thing he would have expected at the beginning of the 21st Century would be a country/folk revival, and for once I was in complete agreement with him. I expected it was going to be all synths and techno. I did read somewhere that at the beginning of a new century, people often get nostalgic and pine for the past. Perhaps something like that was going on.

Now twenty years into the new millennium, it’s still a popular genre, and there’s definitely no stopping Calgary’s Lucky Sonne continuing along this path with this, their fifth album, and one which they consider themselves to be their best. Luke, the band’s singer and frontman had got in touch asking if I could give it a listen. His emails kept me entertained and I could hardly say no. We have a common enthusiasm for smoking cigarettes and we have each appropriated the Lucky Strike logo.

Luke speaks of his passion for songwriting thus: “I have studied Dylan’s delivery many a late night, alone, filling notebooks and ashtrays alike”. It seems quite clear that he is very much au fait with the genre, and immerses himself in it. The tricky factor in that case is for the band to sound, as their biog states that they do, non-formulaic. It’s clear that they wanted to be recognized as a country/folk band, but perhaps want to stand out somehow and not be generic/like so many other bands. I’m not totally sure if Lucky Sonne have achieved this, but nonetheless, it’s an enjoyable sound they create. Five albums in, it’s clear that they’re working hard on their sound, and although Luke thinks this is his best work, perhaps he still has not reached his pinnacle?

There are no massive big-hitters on this album, but that’s not to say that there is not an a consistent quality running throughout it. Within my small frame of reference with regard to this style, I could compare it to my good friend Dave Duke’s beautiful record, Be There To Love You. Lucky Sonne themselves reference, along with Dylan, well known country singers such as Gram Parsons, who I do not know so well, although I do remember Bobby Gillespie always bringing his name up. As a fan of the UK Charlatans, just to hear what they were like, I once bought an album by the American Charlatans, and again, comparisons to them can definitely be made.

I’m Leaving, I Ain’t Lyin is one of my favourite songs on the album, capturing the spirit of a possibly drunken cowboy announcing his departure. Despite sounding fairly sure of himself, saying that he doesn’t wish to be found, my bet is once sobriety had caught him up, he’d be back the best day.

Although this scene does have an obvious sense of nostalgia associated with it, I think it’s often done with a certain amount of irony, with perhaps a wry smile. Lucky Sonne do not quite seem to take this approach, perhaps to show more sincerity in their intentions, but nonetheless, especially as Luke comes across as a pretty funny guy in emails, I think it’s something he could definitely consider – bringing more humour into his lyric-writing. This could be the thing that would make them stand out and gives them that little edge, so I’d really like to hear him experimenting with a bit of humour in the future.

There is one track that stands out as being a little bizarre, which is Good Clean Energy. It just strikes as unlikely for good old fashioned, hard-drinkin, hard-smokin boys to suddenly be singing about the modern subject of renewable energy (this is the same singer that on closing track, Send in the Legionnaires sings, “It takes ten men to carry in the blade I used to wield”). However, it’s not clear, probably intentionally, that that’s exactly what’s being referred to. It could be that singer, Luke, is talking more just about a natural way of life. It’s also one of the more upbeat songs on the album.

In general, the mood that pervades the record is melancholia, but that itself is an odd sensation I suppose. I’m sure one can find oneself feeling content while being melancholic. It’s a state which one can be happy to be in, without projecting out-and-out happiness I suppose.

I don’t know exactly how much touring Lucky Sonne have done. I expect they would be well received in the UK given that, as I say, the alt-folk scene is still popular over here. It is rare of course, but just occasionally a band, even fifteen years into their career as Lucky Sonne are, can still achieve success after a lengthy time of treading the boards. “I’m a little bit of old and wise, a whole lot of young and dumb” sings Luke on the closer, and most quotable song Send in the Legionnaires, as if he’s aware that, despite being older, perhaps the band has barely begun on its path.

With just a little more refinement, a few tweaks and a few more aspects that give the band that certain uniqueness, I think it’s quite possible that Lucky Sonne’s best is still yet to come. I’m sure Luke is aware of the dilemma he finds himself in as he sings that he’s “A little bit of tow the line, A whole lot of rock the boat.” Maybe just a little more rocking of the boat is what’s needed – a little more risk-taking? – for Lucky Sonne to truly come into their own.