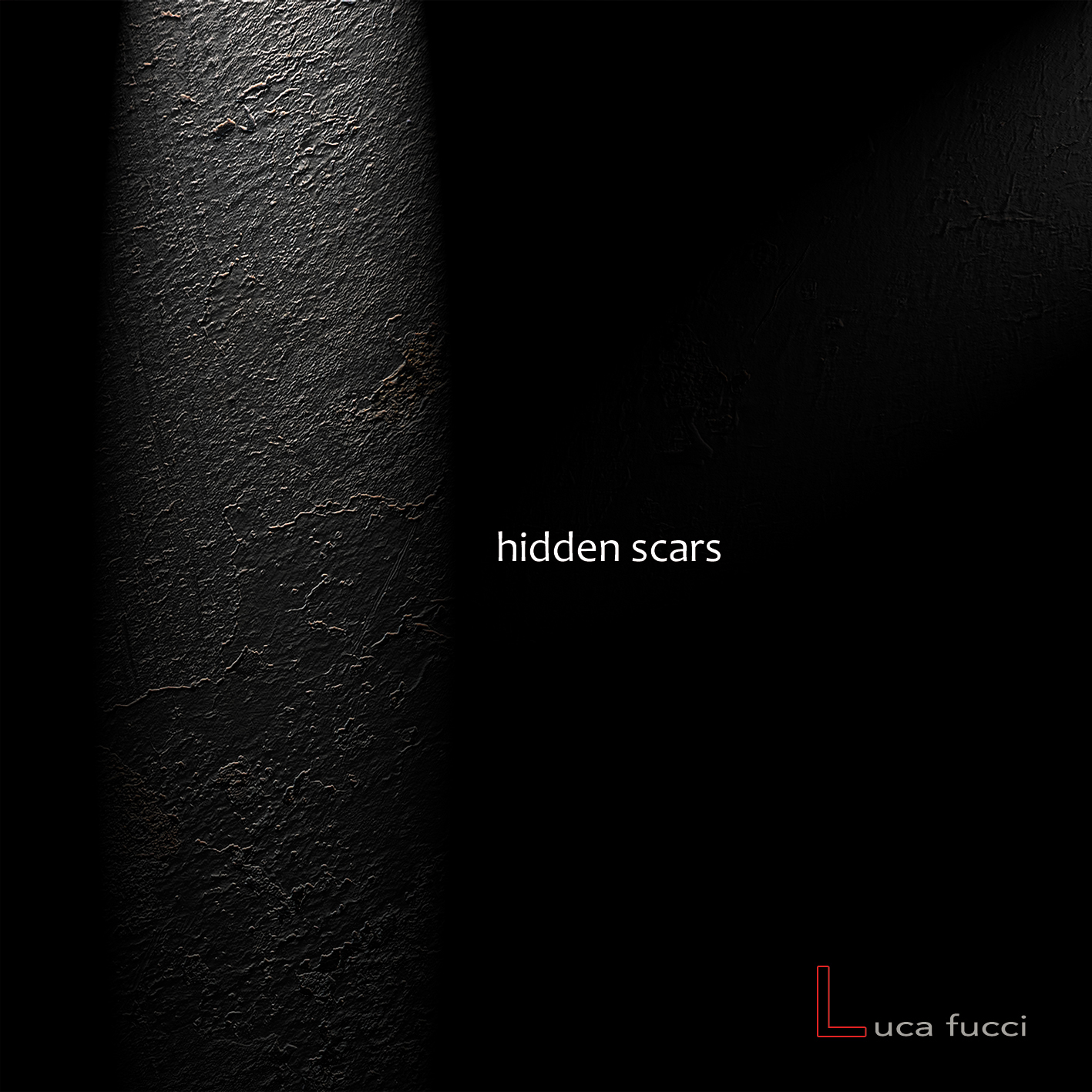 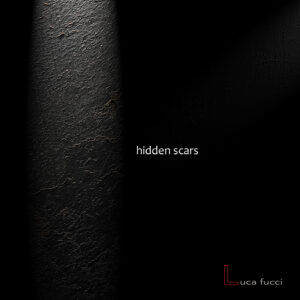 Instrumental albums, particularly electronic ones can be a mixed bag. Frequently they contain filler and a certain amount of contempt for the listener. Not so Hidden Scars by Luca Fucci which is a delight to listen to and an album of quality and class.

Fucci blends a not unusual mix of piano, percussion and synthesizers through several styles and tempos as album opener Fading Out shows. The early piano beginnings maybe hint at a slightly different style but soon the lone instrument is joined by synth burblings and a light drumbeat. Within moments this has turned into a throbbing almost militarien cavalcade of noise which is both enthralling and exciting.

And so this album continues, Luca is clearly keen on dramatic drum patterns, many of which are close to distortion and pound away with enormous gusto. Undertow opens with a spurt of fierce synthesized effects and the sound of drums is there again.

What Fucci is very accomplished at doing is created different moods. In the same way that fellow instrumentalists Jean-Michael Jarre and Martin Gore have the ability to create massive soundscapes of beauty and power, so too it would seem has Luca.

The premise for the album is that all the elements (drone, drums, piano, etc.) come together to uncover ‘hidden scars’, and it’s an interesting and intriguing one. There is no let-up in the rollercoaster that has been created on this album. Track after track delves into different styles and temperaments, and it is this approach that keeps the album alive.

It’s not all loud noises though, Fucci shows a huge amount of restraint on tracks like Stay Here which act as breathers between the more dramatic pieces and again show a mature side with understanding. Someone I Never Knew hints that it may soon explode but the bubbling of bass merely serves as a teaser for an otherwise gentler track.

Love Is More About does not hold back and becomes an incredible wall of sound at many points during its duration, whilst Inside and Still Here restores calm once more. Possibly think of Hidden Scars as a journey through its thirteen tracks with many high points along the way.

Closing with the cacophonous Post Scriptum, a track which almost says ‘by the way, here’s some noise!’, Luca Fucci manages to go all experimental and Cabaret Voltaire on us with sounds of buzzing bees and large slabs of piano thumping.

It’s all clever stuff and an album that deserves some wide recognition.