The Louder Than War Playlist

Each week we present ‘Six Of The Best’ – the six tracks that are getting our feet tapping here at LTW Towers… They can be brand new, they can be old – either way they are vying for space on the stereo!!

Sorry Kisses ”ËœSunstorms’- Taken from the bands 3rd album ”ËœKeep Smiling’ (Desert Mile) The Kisses turn up the noise but keep the quiet!!

African Head Charge ”ËœStoned Age Man’ ”â€œ The return of both On-U Sound Records and the mighty Headcharge with their ever eclectic psychedelic dub.Ã‚Â  ”ËœStoned Age Man’ features on the new ”ËœVoodoo Of The Godsent’ CD and is a chill out bubbler with unintelligible tribal call lyrics ”â€œ bliss. 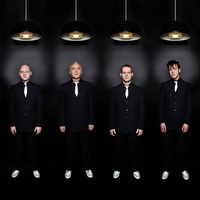 Poly Styrene ”ËœKitsch’ – Taken from the solo album ”ËœGeneration Indigo’ (Future Music) ”â€œ A huge return to form from the very sadly departed Poly ”â€œ The entire album is genius, it challenges musically, lyrically; nothing is as you might expect.

Pains of Being Pure At Heart ‘Too Tough’ – Featured on the 2nd album from these New Yorkers obsessed with the UK music scene circa 1994, soft gentle almost vulnerable vocals compete with a sonic onslaught.