Louder Than War is a magazine as well as a website! 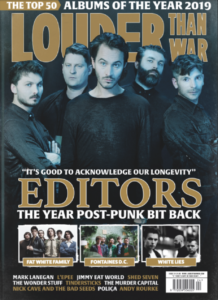 Produced in association with Vive Le Rock, Louder Than War Magazine is released 5 times a year, showcasing the glory years of indie, alternative and post-punk music. Just as with the website John Robb is Editor-in-Chief of the magazine and some of the writers you enjoy online are also contributing to the print edition.

The mag is available from WHSmith, some independent newsagents or by order and subscription online.

Keep up with the latest on the magazine’s Facebook page.

“IT’S GOOD TO ACKNOWLEDGE OUR LONGEVITY” 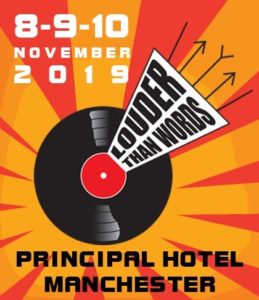 An Interview with Wendy James

Back in the late-80s Wendy James was one of the most provocative presences on the UK’s pop scene.

The frequently scantily-clad Transvision Vamp frontwoman alternately cooed and squawked her way through such perfectly-crafted bubblegum punk hits as I Want Your Love and Baby I Don’t Care as she took the bleach blonde-fronted indie band blueprint developed by almost-big contemporaries such as The Primitives and The Darling Buds and splattered it all over the mainstream. 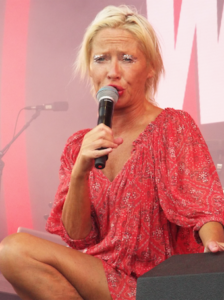 While still in her early twenties, London-born James’ picture adorned a million bedroom walls but after two top five albums, 1988’s Pop Art and the following year’s number one Velveteen, the Brighton outfit’s record company MCA refused to release their third album in Britain and they split in early 1992.

With a sprawling new solo album set for release in the new year and a return to touring in the UK this week as the special guest of The Psychedelic Furs, James confesses she was barely aware at the time of the outrage her sexually-charged image and accompanying wild child reputation provoked. “It’s different for anyone viewing it from the outside looking in,” she says.

“My friends didn’t start not liking me or anything because of something a journalist wrote. My life didn’t change, and honestly when you’re 17 years old you don’t really give a shit anyway, in fact probably not now either,” she laughs.

The skimpy tops and and cropped shorts of yore have been replaced by “very demure dresses” as she puts it, albeit she managed to appear topless in the cover photo for her 2016 album The Price Of The Ticket and argues the shot was inspired by the tradition of the nude figure in Western art.

Now 53, her self-penned forthcoming album Queen High Straight takes its title from poker terminology, with the singer claiming that the phrase reflects her largely sober outlook of recent years. “It’s a hand you can play, like aces high, but I didn’t know that at the time,” she explains.

“I read it in a book or in a newspaper article and I just thought that those three words put together sounded to my ears very poetic as well as provocative.
“I’m feeling good about things at the moment with my music. I’m on a high but I’m straight, do you know what I’m saying? It’s not a fake high, it’s…I can’t explain it, it just appealed to me and I kind of wrote down the sentence thinking, ‘Well, yeah that’s definitely a potential song title’.

“The more I looked at those words it became apparent that it should be the album title.”
In the wake of her much-praised 2016 comeback The Price Of The Ticket ó which featured major contributions from Patti Smith Group guitarist Lenny Kaye, ex-Sex Pistol Glen Matlock and Bad Seeds drummer James Sclavunos ó James tasked herself with writing no fewer than 20 songs for a follow-up. 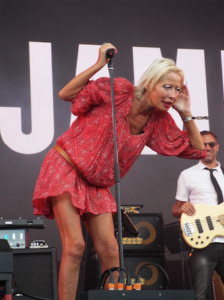 It was a challenge that yielded a stylistic potpourri ranging from what she proudly describes as “perfectly formed pop-grunge filth” ó check out single-in-waiting The Impression Of Normalcy and rock star idolization Perilous Beauty ó to the ragtime pearl I’ll Be Here When The Morning Comes and the Lush-like dreampop of Chicken Street and Testimonial.

Having lived full-time in New York for 15 years before establishing “a little set-up” in the south of France five years ago, she now splits her time between the two locations. Her preoccupation with American culture and history filters down into the album’s lyrical content in places, with references to the civil rights movement inspired by the work of documentary filmmaker Ken Burns and playing classic Nina Simone on repeat.
However, she insists her “legacy work” is a largely autobiographical, agenda-free offering. “There aren’t particular themes on this album, it was just whatever I was feeling,” James adds.

“An album is a personificaton of a human character anyway isn’t it? It’s just pulling on all the different strands of my personality, but I do think that my songwriting is getting better every single record.
“There’s 20 songs so there are a varied collection of styles. Any foray into ideas that weren’t working out, they got dumped along the way. I have 20 songs and that’s all I have on this new album. There are no spares.”

In the wake of online platform Pledge Music’s demise, James has taken control of the direct-to-fan marketing of the album via her website in the absence of a record company to fall back on. “I do think 20 songs is quite a bold undertaking, especially in this day and age when in some ways music has become more disposable or more background noise,” she declares.

“So just setting out to make the proper gatefold vinyl double LP seemed to me to be quite a statement in itself ó that I’m committed ó and the quality of the songwriting I feel stands me in good stead for the future.
“I feel quite confident about stuff at the moment and certainly n 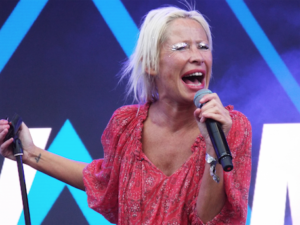 ext year there will be plenty of touring, I know that for sure.”

James’ new hard-rocking live band includes guitarists Alex J Ward and Rupert Greaves alongside Sclavunos. The six-piece opened their nine-date tour in Manchester on Tuesday, with the road trip concluding at London’s Roundhouse on October 12.
Unsurprisingly given the personnel involved it’s a potent racket they create and it’s clear that James is relishing her chance to once again whip up a storm in some of Britain’s best-loved live venues.

Taking in material from all three Transvision Vamp albums as well as her earlier solo offerings plus previews of Queen High Straight, this month’s live shows provide an intriguing snapshot of an artist who’s rediscovered both her mojo and her focus after years in the musical wilderness.