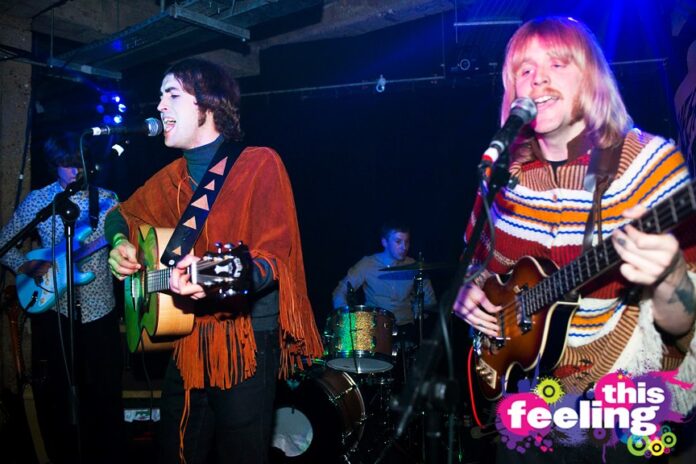 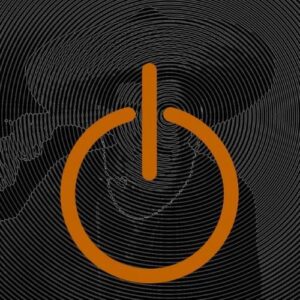 Louder Than War introduce you to new band Arthur Gun, who, despite their being from London, play music that has more than a hint of that classic Manchester sound.

On Facebook Arthur Gun describe themselves as “The Masonic Acolytes of Peace and Prosperity, The intrepid pioneers of the dystopian present on an existential trip in the post-postmodern wilderness.” ….and they mean it.

Coming out of the capital where they formed in 2012 they released the well received single ‘Poor Human’ last year. They’ve already found many admirers, such as Eddie Piller and Little Barrie, following a string of well-received shows in and around the capital.

Blending folk, rock, country and psychedelia we decided it was time to have a talk to “apocalyptic acid western” band Arthur Gun.

Hi, thanks for talking to Louder Than War, Arthur Gun was put together in 2012 so you’re still a relatively new group … how did the band come together and can you give us a feel for the group’s sound and style?

We came together through fortuitous circumstances – essentially the death of former projects and, in the case of our guitarist, a vaguely confrontational Gumtree ad.

We are self-styled as London’s first ‘apocalyptic acid western’ band. Our musical agenda is conscious alternative psychedelia for the sedate generation made mentally impotent by technology & 24 hour news broadcasting. For them or about them? One of the two. It all makes sense once you get into it … most of it. We also stock London’s biggest collection of fine suede-wear.

Checking out the group’s description from its Facebook page we read:

‘’The intrepid pioneers of the dystopian present on an existential trip in the post-postmodern wilderness.”

…that’s quite a description – can you break that down and explain what the essence of Arthur Gun is?

Existential meltdowns, psychological conflict in not-so distant futures, the onset of irreversible malaise in the modern world – these are our specialties. We’re the psycho-philosophical side of an acid trip on Prozac. And as you can see – we’re not short of a mouthful. 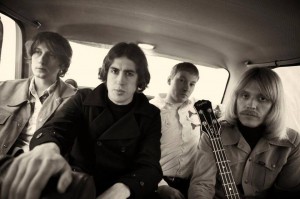 As a group you sound well-informed and quite intelligent, with some real substance behind what you are doing, would you agree? And would you maybe say there’s too much throw away music these days?

Pop music exemplifies the lack of intellect and imagination that defines the present course of modernity; and the ‘indie’ scene, if there can be said to be such a thing any more, may as well be its co-patriot in media reinforced mediocrity. There are so many bands that make the breakthrough – how many of them can be said to put forward content that doesn’t tread the same formulaic ground – has history not had its fill of inane balladry and trite rockisms? How many times must we hear a re-appropriation of Band A or Band B? We live in the weirdest time ever, where’s the challenge in singing songs about girls or partying? There’s plenty of capable artists around, but I think there is an overt and widespread lack of imagination that exists in songwriting and musicians have to try harder to address it. We are very conscious of this as a band; we are militant about our aesthetic. Our music is completely devoid of sentimentality or any form of applied irony.

So where does it come from, what groups / artists have influenced your own concept and ideafs as well as sound, who are the groups you all admire.

There’s a shared interest in countercultural artists – Bob Dylan, Buffalo Springfield, Love, along with 90s alternative rock acts like The Brian Jonestown Massacre, late 60s psychedelic rock, and some more subtle stuff like old sci-fi film scores. However, I don’t think our sound is overtly reminiscent of any of them in particular, you hear elements here and there, but no single running theme.

There is a clear emphasis on serious songwriting, if I write the skeleton track the method is almost always folk inspired. I can remember the first time I listened to ‘It’s All Right Ma, I’m Only Bleeding’ by Bob Dylan – everything changed after that. It was a total assault on convention, and maybe the most lasting and profound musical diatribe against modernity. I try to capture that cynicism in Arthur Gun songs.  I’m a huge fan of dystopian and post-apocalyptic fiction and that comes through in the lyrics, and also people like Kurt Vonnegut and Sartre. There is a broad amalgamation of concepts and subject matters, but most of it is geared towards a cynical critique of the modern status quo.

The Arthur Gun song I first heard was ‘Poor Human’, which I thought had a great Smiths ring to it, the guitars sound great and I love the vocals and lyrics, a really great song. Can you tell us a bit about that song and its video, what reactions have you had to the song and its video.

There is a bit of a deadpan quality to Poor Human, in that Morrissey sort of vain. It’s a live favourite for us; it really develops over the course of the song, changing drum beats and guitar sounds and ending in a climatic psych-out. The lyric explores the general futility of human belief systems and the celebration of bad ideas our species is so fond of. The video was directed and produced by a good friend of ours called Damian Weilers, a very talented man who did a video for Basement Jaxx out in LA last year. Needless to say we’re lucky to have him as our friend. His work is great.

…and other tracks, what do you feel are the groups stand out tunes?

All of them! At the moment Low Plains Wanderer has to be the big draw for us. Without meaning to sound arrogant I don’t think many people have a song like that, which describes the technological generation in such a way. It’s an interesting proposition musically; we describe it as ‘dystopidelica’. People – you are implored to listen. We’ve got a limited edition vinyl release for Low Plains Wanderer coming up – we can’t give an exact date as we’re still in talks with the powers that be… In the spirit of this glorious modern world we have some other free downloadable tracks on Soundcloud of course. 24 Hour News is a space-folk-rock monster of a track too, one of our best to date.

Can you tell us what it’s like to be a new group in London right now, is it still a healthy scene or do you feel much is missing from the capital’s music scene?

It’s interesting. I’ll put it that way. As everyone knows London is a place of trends, there are easier paths than others to choose. We are not a fashion band, which can often make it difficult. Stunted imaginations and so on…

There is no shortage of acts. But there is a lack of vigour. A lot of places where a certain vibe exists in a certain crowd. It can be hard to engage with the crowd at shows, nobody likes to break protocol – non-committal nonchalance is everything. The same can be said for some bands. Go somewhere like Paris and play and it’s different. Go and play up North here and you’ll see it’s different too. Then it would be a lie to suggest that it’s always about the music all the time every time. We’ve played loads of great shows here and met plenty of good bands that are dedicated to what they do.

Today of course it’s all about the internet and building your ‘profile’. Facebook has almost turned into a kinda Yellow-pages for UK groups and it’s the same all over the world, how important is the net to you as a group and what are your thoughts on the net and music as a whole?

Technology and the internet form some of the central lyrical concepts, so in that respect it has been invaluable. Realistically there’s absolutely no escaping it. It dominates everything; simultaneously broadening scope whilst diminishing attention span. It has increased accessibility to music, but made sure to take its soul as compensation. It’s hard to cope with the relentless replenishment of it all. Hours go missing, it is more time-consuming than is bearable sometimes. Everything is saturated; it’s difficult for things to come to the fore, there’s a lot there though- and you need more than a degree of luck along the way.

Musically I guess, the further the internet augments itself with real life, the less gravity there is to the ‘human experience’, and I do think it’s cheapened the overall listening experience. Although I wouldn’t want to underestimate its usefulness. These are strange times for music and life in general. 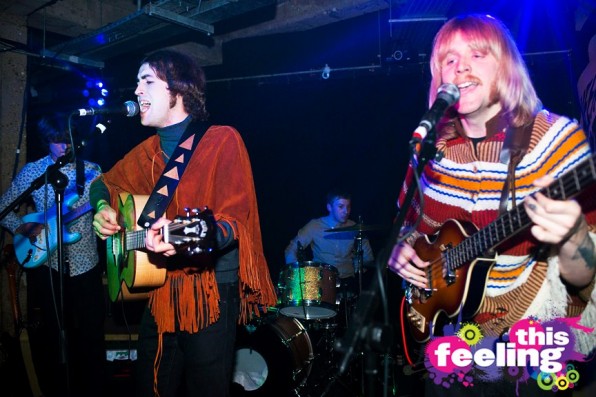 …and lastly can you tell Louder Than War where and when you’ll be playing this year, what plans have you have for 2014?

We’ve got a couple of great shows coming up, but people will have to stay tuned to our Facebook and Twitter as we can’t make an official announcement just yet … but watch very closely…

Hopefully we’ll be doing plenty of travelling this year. NASA follow us on twitter and there’s been mentions of a concert at Cape Canaveral … Moonstock Festival – although they’ve not been back there since the time of prog-rock.

In the meantime we will be at Kilburns Good Ship on Friday 7th February. Tell your friends, tell your enemies, neither shall regret it. AG