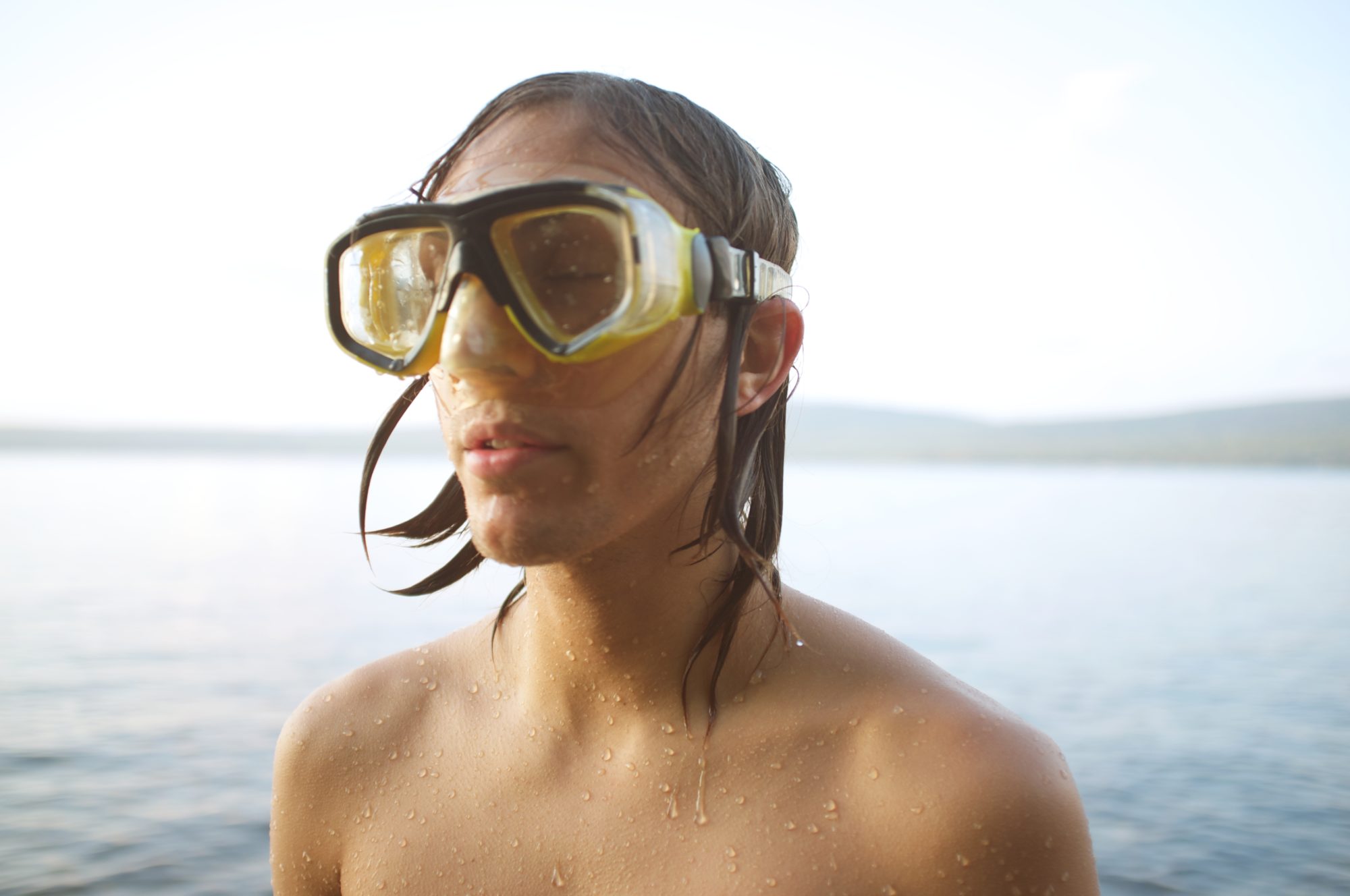 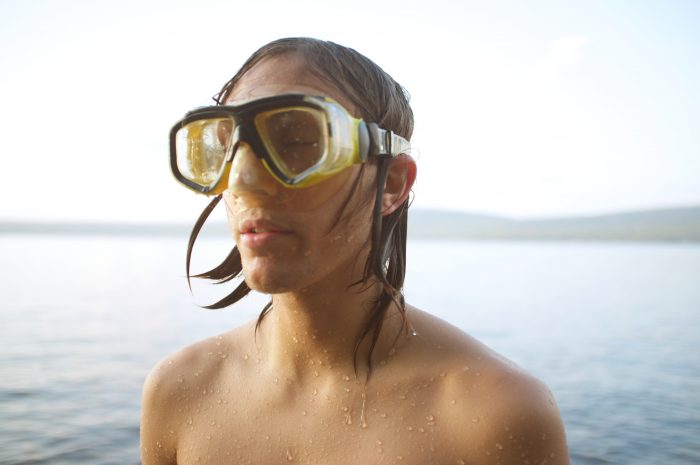 Alex Somers recently released his exceptional score to the Viggo Mortensen starring Captain Fantastic (or review of which can be found here). Simon Tucker interviews Alex via email about the process behind the score, his influences and what the future holds.

LTW: Hi Alex. Thank you so much for taking the time to speak to me. Congratulations on a wonderful work. How did you first get involved in the project?

AS: Thanks so much! I first met Matt Ross for a drink in LA back in 2014. He’s such a great guy! He showed up with this cool home made scrap book/collage/ thing and we discussed the film, it’s characters, the cast, the role the music would play, and life… It wasn’t till over a year later that I was writing and recording the music for the film…

LTW: How did you approach the making of the soundtrack? Did you see any images and work from them or did the director Matt Ross give you guidelines to follow? Were you allowed free reign to create whatever you felt would work?

AS: Yeah, Matt really encouraged me to just experiment and try things… It was a rare project in that we had almost a year to write, record, and mix the music. That never happens… Normally you make the music very quickly and under pressure… So yes I worked to picture. And there were several scenes that the very first thing I wrote made it into the film. And there were other scenes that I sent to Matt and he would give his thoughts and critique and I would go back and edit the music or re-write it completely. So it was brilliant to have total creative freedom, but also nice to be able to have Matt to help me tweak and fine tune certain scenes. Also, it wasn’t until after we finished the film completely that I started to mix and assemble the soundtrack album. Matt was nice enough to let me turn this album into anything I wanted… So in the end it contains music that never made it into the film and alternate versions of music from the film… It was really fun to approach the soundtrack album as it’s own entity. To try and give it it’s own life outside of the film.

LTW: The film concerns itself with parenthood and what it means to connect with others, how do you begin to translate such emotions into a piece of music?

AS: I think the way I approached that feeling is that life is complicated. It’s complex, and there are few moments in life where we experience a singular emotion. It’s more often a web of feelings and I wanted this music to reflect that. There’s hope present in the darker moments and lowness in the optimistic moments.

LTW: When comprising a score does it ever enter your thoughts about the music will play separated from the film or are you focused on nothing other than the joining of the images with the music? The reason I ask this is I always find the best soundtracks are ones that work as a separate entity with no need to have seen the film to understand its message.

AS: Well I kind of wrote about this earlier… When I was writing and recording the music for the film I was mainly focused with it’s role in the film. But this soundtrack album was created in the way I wanted with no thought to the film at all. So now they are two different projects in my mind kind of…

LTW: What inspires you? Are there any of your contemporaries that you admire?

AS: Just trying to switch on to something different. To listen differently. To hear music that feels patient and excited at the same time… And cute animals of course!!! I like Ian William Craig, William Basinski, Grouper, Oval, & the music my friends are making!

LTW: You’ve previously worked with Sigur Ros’ Jonsi (your song Daniell In The Sea is one of the most beautiful songs this writer has ever heard) and I was wondering how the writing process changes on your different projects because even though writing a soundtrack you are still working with other musicians the vision is in the most part solely yours so how do you adapt when writing with another artist?

AS: I love collaborating. I love being in my studio with friends and making something together! It’s the best feeling… I find it much more difficult to make music alone. It usually get’s me down, which is one of the reasons I try to do a lot of projects with other musicians! On this album I had a few good friends contribute to some of the songs. Jónsi and Sindri sang, Amiina played strings, and Óbó played instruments and sang a little too. That was so fun to work with them! I really like improvising with my friends in the studio and just make up stuff as we go. It’s the most creative way for me to not overthink it all. To just hear melodies and record them. Also, it makes a huge difference to work with musicians who are so amazing and on the same wave length. So we can communicate easily and they already “get” the atmosphere that i’m going for… All the collaborations on this album really brought it to life for me! And thank you for listening to Daníell In The Sea. Glad you like it : )

LTW: There has been a huge surge of people getting into what many have called post-classical with artists such as yourself, Nils Frahm, A Winged Victory For The Sullen etc getting lots of exposure. Why do you think this is? I have a theory that many people of my age (mid-30’s) who were ignited by dance culture in the 90’s have always had that love of ambient in them and now as we get older we are looking to more soothing sounds instead of abrasive music. Do you agree? Also, the political and global landscape is so fractious at the moment that I believe people are desperate for calming and soothing music. What are your thoughts on this?

AS: hmmm, i’m not sure about that. My older brother was very into this techno music called happy hardcore back in the 90’s. Now he makes super slow drone-y ambient music. Is that what you mean?

*This indeed what I meant. ST*

LTW: Where did your passion for music begin? Do you come from a musical family?

AS: I’ve always loved music for as long as i can remember. Yes, my brother is a musician and both parents played instruments as kids… I think playing in rock bands as a teenager got me more and more excited about music. And getting a Tascam Portastudio tape machine and an SM-57 changed my life! I was 14 and i immediately stared writing and recording songs in my bedroom, i couldn’t believe it when i figured out you could reverse the tape! ha ha…

LTW: How have your early artistic influences affected your music?

AS: I think so actually. When I first got into Nirvana I was so taken by the whole simplicity of it. And the punk attitude about not being to precious about it all. I think those things are important to me even now.

LTW: Is there any musician past/present who you would love or would have loved to work with and why.

LTW: What is next for you? Are there any projects that you can tell our readers about?

AS: I’m making music for a new film by Bill Morrison. It’s a silent film documentary… Kind of a haunting story about old lost films being discovered…

LTW: Thank you so much for taking the time to answer these questions and once again I would like to congratulate you on a wonderful soundtrack. It’s truly beautiful.

AS: Thank you so much! Thanks for listening!

All words by Simon Tucker and Alex Somers. More writing by Simon on Louder Than War can be found at his author’s archive. You can also find Simon on twitter as @simontucker1979