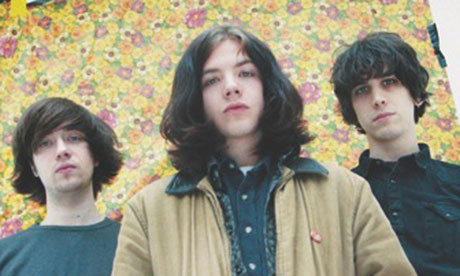 The Wytches have been Louder Than War faves for a year now.

The Brighton based band deal the noisy new psychedelic and have signed to best current UK label Heavenly Records in a perfect marriage of band and label.

The Wytches have announced details of a new single. Gravedweller will be released through their new label Heavenly Recordings on cassette and given away free at each of the shows on their forthcoming tour.

The cassette, which will be limited to the first 50 fans through the door, also features Carnival Law, Wide At Midnight and Where Do They Go.

Gravedweller is taken from their forthcoming debut LP. More on which later. The track can be downloaded from this widget:

At the end of 2013, The Wytches finished an extensive tour of the UK with Future Of The Left, followed by a string of dates supporting METZ on their UK tour and a sold out headline show at The Black Heart in Camden. This February the band head out on their first headline tour.

You can purchase tickets via this link.