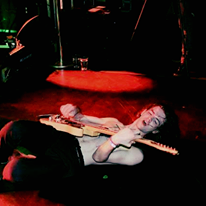 The Blinders have revealed their debut track ‘Swine’ which is available online from 28th October 2016. The track was recorded and produced at Magic Garden in Wolverhampton by Gavin Monaghan of Editors, Gold Blade and The Twang fame.

The single is their most energetic song so far, following up from their last release, Hidden Horror Dance EP including; ICB, Murder At The Ballet, 84 and You’re So Cold. ‘Swine’ has already been commissioned to be included in over 10000 jukeboxes throughout the country upon release.

The band are on a mission, so much so, that they were hand picked to play at the world famous Leeds Festival earlier this year to a packed crowd on the Jack Rocks, This Feeling Stage. Dates being lined up almost on a weekly basis including Neighbourhood Festival in Manchester. The Blinders are being represented by Jamie Wade at X-Ray Touring. The boys are bringing a new sound to the masses. Indeed, they already have a bevy of fans and exclusive plays on BBC R1, 6Music, BBC Introducing Sheffield.

The trio hail from Doncaster but have their feet firmly placed in Manchester, gaining many fans across the country with their punkadelic swagger. The launch of the debut single ‘Swine’ is taking place at the iconic Deaf Institute to what is sure to be a sell out night.