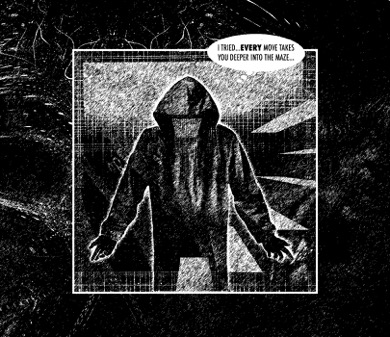 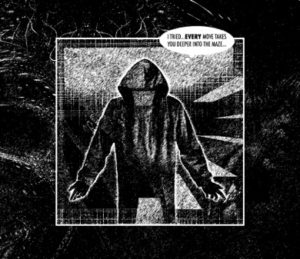 Part three of our exclusive Shobaleader One interview sees us stretch further into the surreal.

Company Laser: Did anyone read that recently published an article in which the interviewer actually died during the interview?

Interviewer: What are you talking about now? You guys talk to you just as this -the Louder Than War website is implemented, and you can’t take my role. Come on, I’ll ask the questions, but I get the joke.

Company Laser: I am just looking at a collection of marine animals in my fairy stelliform and I have a starfish actually at his feet and finally also with flashing green light blue tips.

Squarepusher: Can I have a look?

Interviewer: Okay guys, so I’m running out of time like this. Let’s talk about the name. This is a really fun name. For example Strobe Nazard – did you come up with it?

Company Laser: We want to interfere with the power of the name, as name analysis moves a powered barrier. If you see the name and are engulfed in its associations, which normally builds machines, looks at its name, regularly reviews it, it stops every thought and focuses alienation.

Interviewer: But you guys have a name – Shobaleader One. It certainly makes some sense to build relations and the name and positive associations -so that people know what to expect when I see the film?

Strobe Nazard: It says Shobaleader One in big letters on the side of our spaceship!

Interviewer: Are you now claiming that you have a spaceship?

Company Laser: The space shuttle is irrelevant to the debate.

Interviewer: You mean something on stage you use in the live show? I need to hear about this!

Squarepusher: Look, there is the question worth pursuing. It’s driven by an obsession with technology, frequently associated with a complete lack of moral reasons as to what methods have been used for.

Company Laser: Did you want to speak to throw away the technology?

Squarepusher: Yes, I threw and fired my tools away. It was a symbolic offering and ironic appeal to funny how people interact with music technology, with many features of religious devotion.

Interviewer: Could you elaborate on that?

Squarepusher: One of the reasons I consider that the mission was in danger when I was treated as a mystic art music. This development is disgusting, but did me the opportunity to promote a different way. But yeah, there are mystics who informed the superior, there are priests and the orthodoxy that current technology is appropriate for the keeper. But the guardian must use their time and money to purchase equipment that is acceptable in the eyes of religious authority.

Interviewer: So said, the belief championed technologies in music – could it be a place of worship?

Strobe Nazard: It’s another way to make your brain must die! Music technology makes your brain that should die!

Company Laser: So we fire music technology into space at periodic intervals of a Bluetooth. Because we are heretics for this service.

Interviewer: But how about the music made with technology? Even if musicians manipulate parts of meaningless believers’ characteristics, surely can they still produce great music?

Company Laser: It seems to be an approval of an earthquake since it demolished an ugly building.

Company Laser: What have you done?

Arg Nution: Fuck you. The interviewer was deeply ill before we arrived.

Interviewer: I’m hot. I’m sorry, but can you turn off my T-shirt? I’m really sweating flesh.

Squarepusher: Man can I help you? Shall we just give up on the interview – it’s not a problem?

Interviewer: Fuck it, nothing good, I really like, er …. right, just want to make sure we’re still recording … So, do you think that there is a problem with people understanding what Shobaleader One is what about, and you think that people understand the connection with Squarepusher music? I don’t think that many of our fans understand that Shobaleader One plays all the classic songs that maybe they wanted to live to hear for many years.

Company Laser: We are taken that any overt part of the process of advertising is prohibited, and the interview is a disaster. Regulation is a commentary on that information dissemination and grey areas are open to some extent, but we never had any really dark Squarepusher self-promotion in any situation; We’re comfortable carrying on this way. In a world drowning in a burning need to work, we encourage people to think and talk about consideration rather than reacting to knee jerks…

Interviewer: Ah no! Man, ah -shit, I’m sorry … (vomits over side of chair)

Strobe Nazard: Arg Nution made him be sick. Arg is a sick fuck!

Squarepusher: Okay I’m going to call someone from the Louder Than War office, it really needs help. Has any one got any shoes?

Interviewer: Arghh – fucking where are my shoes?

Strobe Nazard: His shoes are flashing in the dark green!

Company Laser: I am just looking at a collection of marine animals in my fairy stelliform and I have a starfish actually at his feet and finally also with flashing green light blue tips.

The final part of the interview will be coming soon…